The Great Taste of Nice

Nice, the crown jewel of the French Riviera. The famous Cote d’Azur in general is home to some of the most beautiful cities in all of France. What with its 330 days of annual sunshine and 115 kilometres of beautiful coastline. But there’s a reason Nice alone attracts 5 million of the 10 million tourists that visit the riviera every year. The city of Nice France can only be described as a cultural mixing pot. What with its international population and diverse historical roots, the culture here truly is one of a kind. Nice has adopted a perfect blend of both French and Italian traditions and customs. Something which can also be clearly seen in regards to Nice cuisine. But where does the whole Italian influence come from you may be wondering? Well that’s a rather interesting tale that we’re going to tell you. 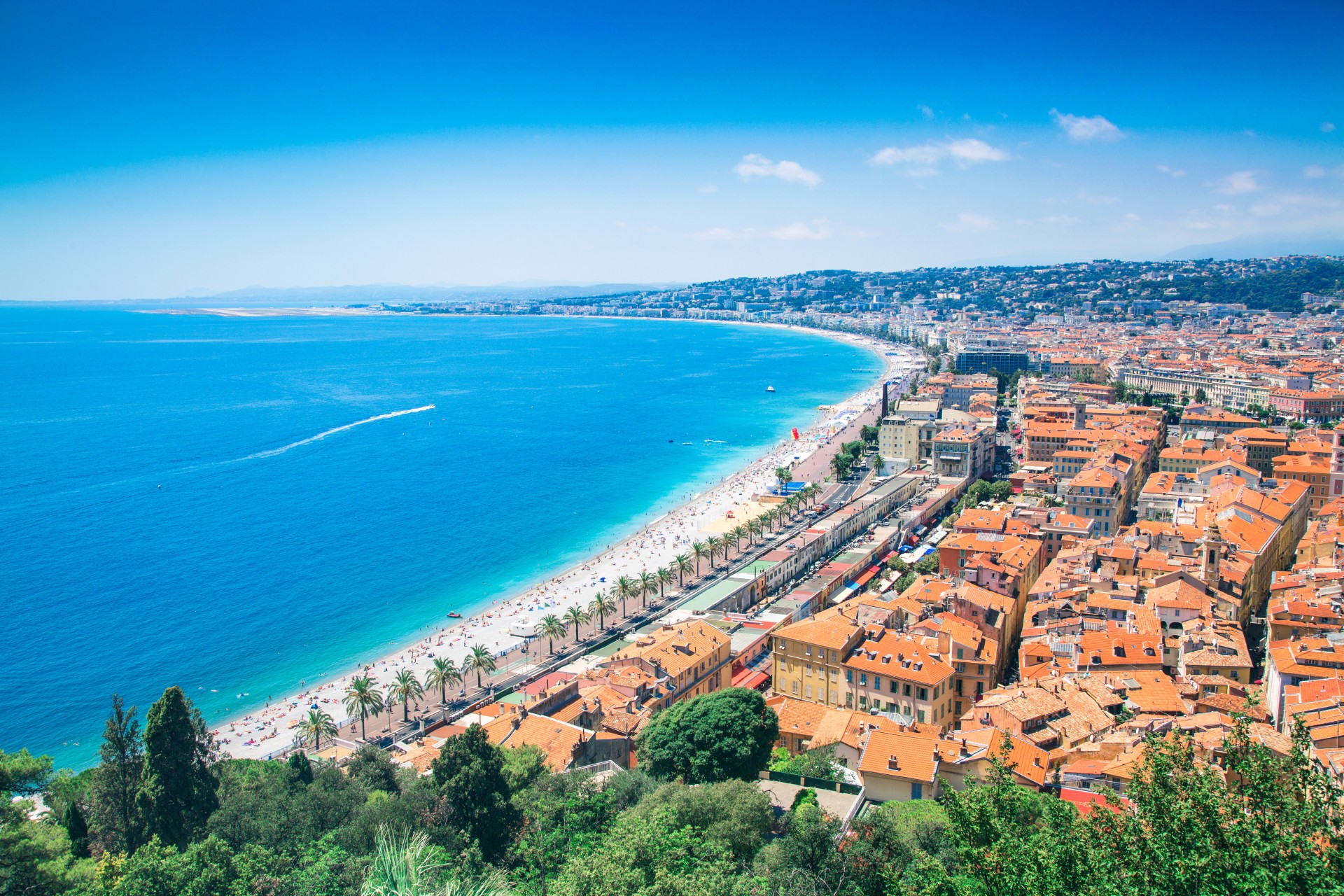 A fascinating fact that not a lot of people know about Nice is that it has only been French since 1860. Kind of bizarre right? Well before this, Nice actually belonged to the Kingdom of Sardinia (an island off the coast of Italy). However, the problem with this was that Nice, being entirely surrounded by French cities, was often subject to French invasion. Over many centuries, the French forces would take over the city, only to return it to the Kingdom of Sardinia in some sort of Treaty. This resulted in Nice changing hands from French to Sardinian rule a total of 7 times before the Treaty of Turin was signed in March of 1860.

Now a part of France, the people of Nice were forced to abide by French laws, customs, but most importantly, they had to speak the French language. This unfortunately led to the local language of Niçard (which was a blend of French, Italian and Provence) becoming a dead language. Today, this local dialect can only be seen on the street signs of the Old Town and in the local football anthem.

But the local language was not the only thing that derived from both French and Italian influence. The Nice cuisine was particularly impacted by this collision of cultures.

When most people think of French cuisine, they immediately imagine something simple and elegant. Yet, if you come to Nice you will very quickly notice that that is not quite the case. For starters, you certainly won’t find very many traditional French restaurants. Instead, the streets are littered with quite a number of family owned establishments. Most of which specialise in Italian cuisine. And who can blame them. Afterall, the nearest Italian town of Ventimiglia lies just over 30 kilometres from Nice’s city centre.

But apart from outside influence, Nice also has its very own fascinating local dishes: 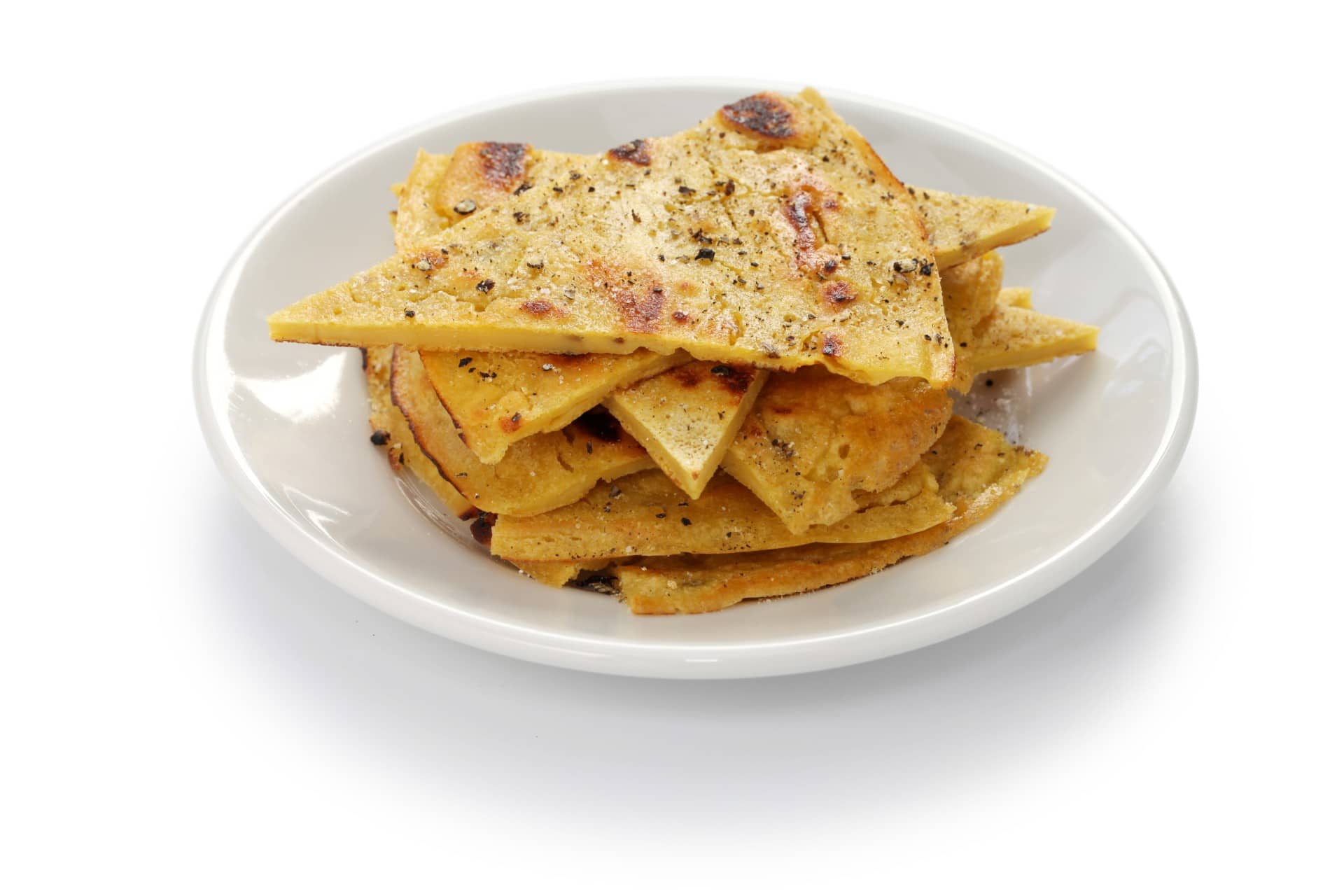 Also sometimes called Farinata, Socca is a savoury crêpe of sorts. Made from chickpea flour, water and of course olive oil, this local dish is gluten free and vegan friendly. Baked in old-fashioned wood fire ovens, this delightfully fluffy pancake is ideal for a small snack during the day. What’s more, at only EUR 3 for a large portion, its 100% affordable! One of the best places to acquire this delicious treat is at Chez Theresa. If you visit Nice’s local Cours Saleya market, Chez Theresa will have their usual stand waiting for you. If you’re lucky, you might even catch site of the restaurant owner cycling back and forth on his bike, bringing a new batch of fresh Socca for the customers to enjoy. 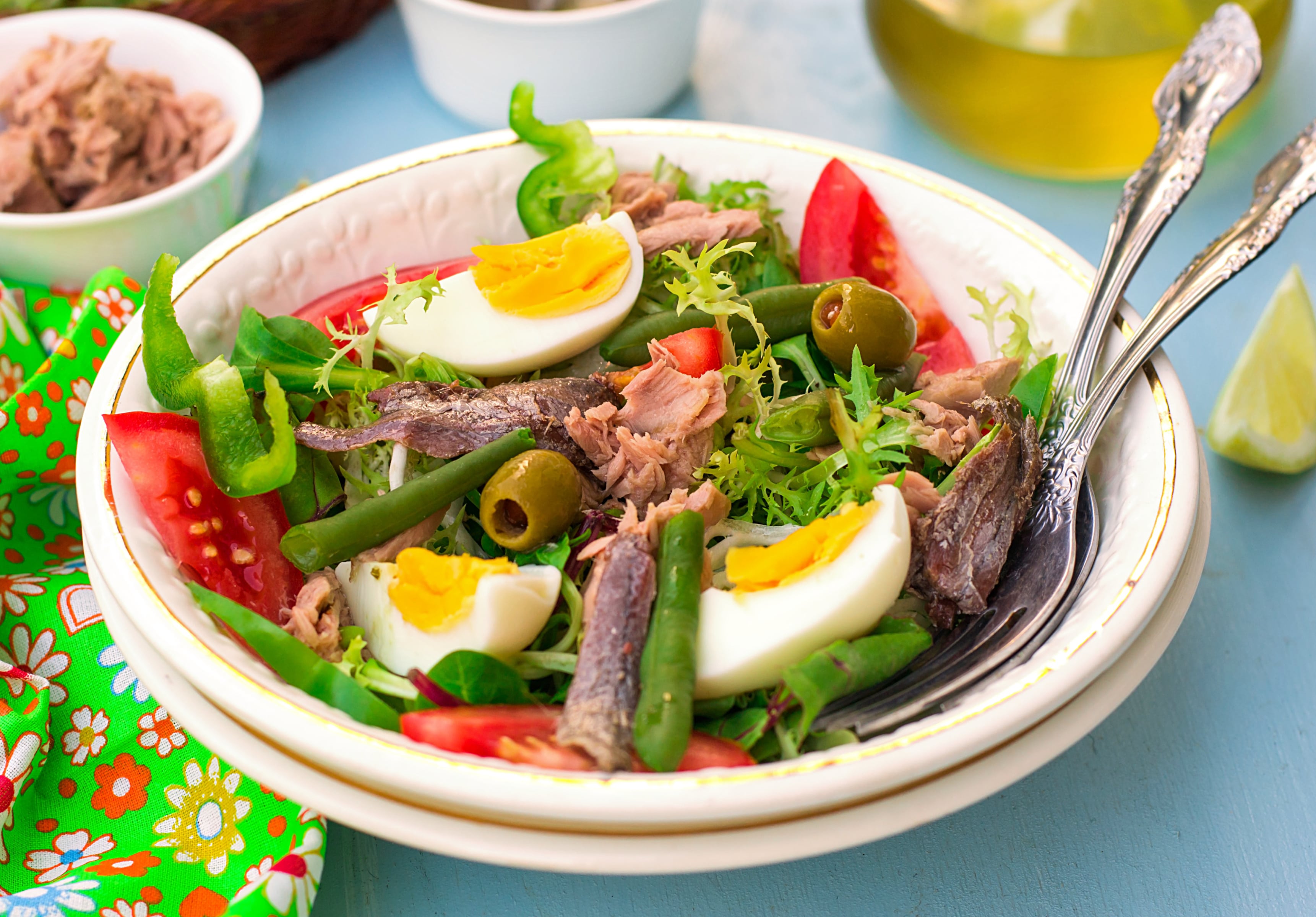 The Niçoise salad is famously known even outside of France. Sure, you can order this dish in most any restaurant that you go to. However, what makes it special in Nice is the quality of the local ingredients. Being so close to the Mediterranean Sea, the fresh anchovies really make the difference. Not to mention the freshly sourced summer vegetables. And topped off with boiled eggs, olives and a drizzle of Provencal olive oil? You’ll walk away from your meal with a very full and very happy stomach. 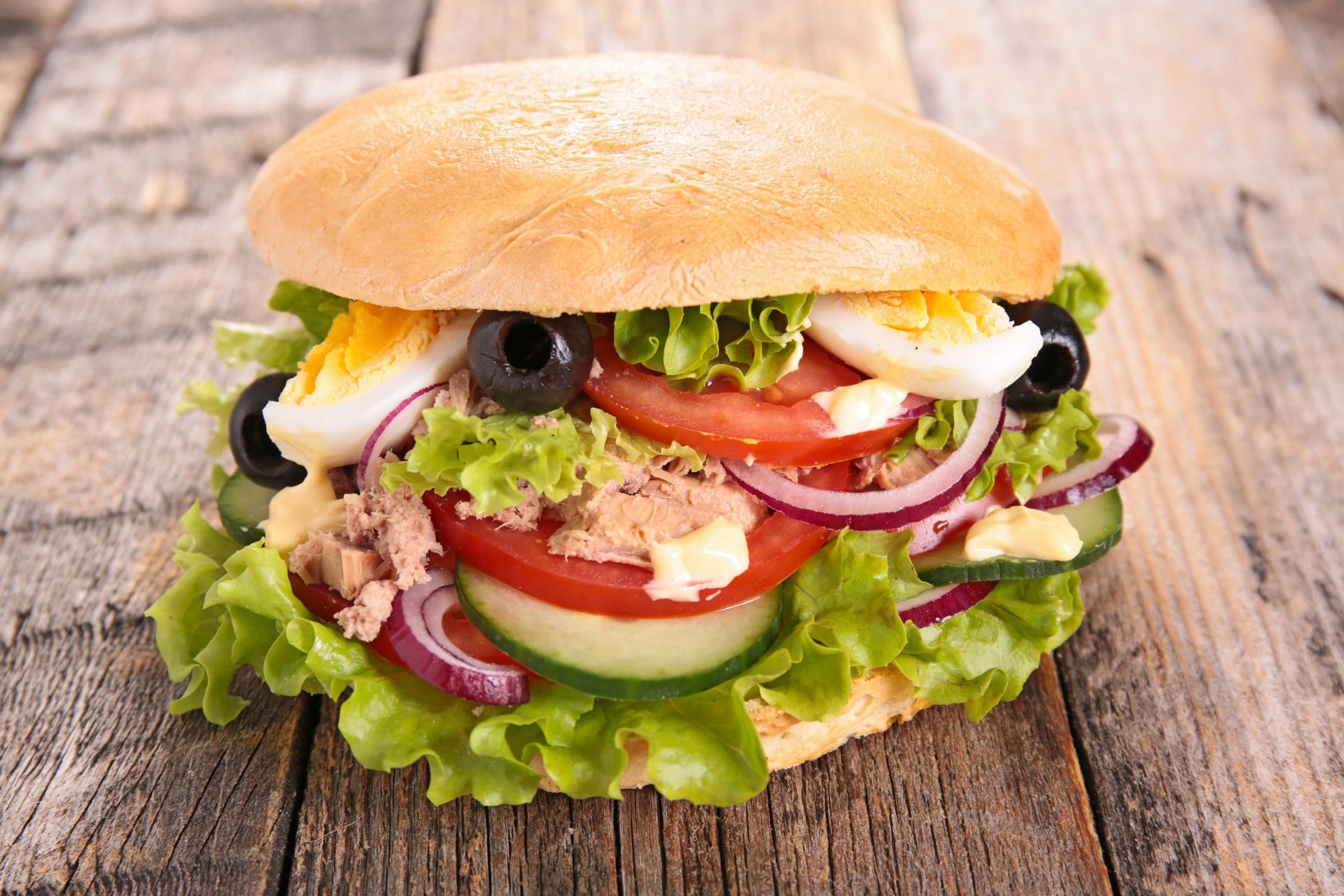 Pan Bagnat is yet another local food that you’ll find at practically every corner here in Nice. Essentially, Pan Bagnat takes the classic Niçoise salad, and makes it that bit better. The salad, layered in either anchovies or tuna, is placed between two slices of whole wheat Pain de Campagne. A perfect choice if you’re looking for something a little more filling. 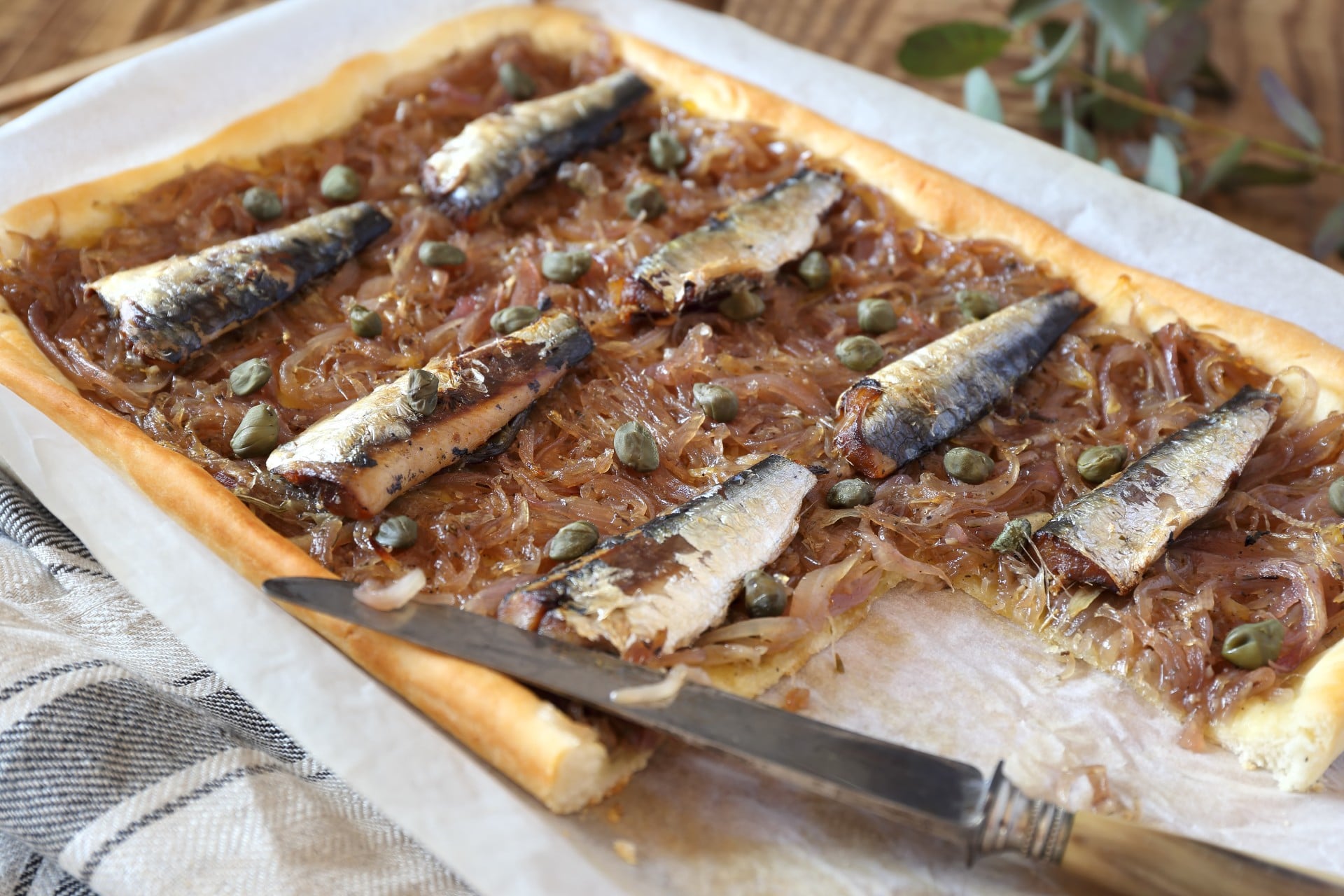 Still on the theme of anchovies, we can’t possibly forget to mention the traditional savoury snack of Pissaladière. Its with this dish that you can especially see the Mediterranean style cuisine kick in. A thick pizza-like dough is topped with a careful combination of olives, carmelized onions and freshly salted anchovies.  It’s a great option if you’re looking for an appetizer especially.

Despite popular belief, Ratatouille did in fact originate right here within Nice’s cuisine. After the Niçoise salad, ratatouille is probably the most famous dish from Nice. For anyone who has perhaps tried the dish somewhere outside of France, you may have eaten it as a side dish of sorts. A simple combination of thinly sliced vegetables such as tomato and zucchini all stacked atop each other. However, here in Nice, it is served quite differently. Contrary to the simplistic nature of non-traditional Ratatouille, here, it is prepared a rather filling vegetable stew.

Also on the topic of stew, we have La Daube Niçoise. More meat based than that of Ratatouille, the most typical ingredients are braised beef and fresh vegetables. The people however like to add some cremini mushrooms, brandy and cayenne pepper for that little extra kick of flavor. The perfect dinner time meal if you’re looking for something that tastes a little more like home.

Not like just your regular raviolis, Raviolis Niçois is actually quite often made with leftover Daube Niçois. The fresh pasta is most often filled with the pre-prepared braised beef while the rich stew serves as the sauce. Although, in Nice, you will also quite often find the raviolis filled with some crispy Swiss chard.

Also sometimes referred to as Les Petits Farcis, make for the ideal lunch time snack during the spring and summer months. Made from only the freshest ingredients, Farcis Niçois are vegetables stuffed with ground beef and a serving of either rice or couscous.

Not just your typical French soup, this delightful meal is often topped off with a dollop of some delicious local pesto. It’s a perfect blend of only the region’s best vegetables, some hearty beans and a careful selection fresh herbs.

Whatever restaurant you walk into around Nice, you’re guaranteed to come across a fantastic selection of local cuisine. The main problem is deciding what exactly to order. The choices are all just too good to pass up! But if you’re looking for even more information about some Nice food, then consider taking part in one of our fantastic Food Tours! Or, check out some of our other great articles on the topic:

What Are Some Things To Do In Nice?
Share