The part of Nice called “Le Vieux Nice,” or the Old Nice, named “the Old Man” by the locals is more than a district. It is a village by itself and it is best to discover its atmosphere with some of the best guided private tours in Nice.

Head to the Vieux nice to enjoy its narrow streets, its fresh fruits and vegetables, its fish market, its restaurants, and its fresh produce in many of French cuisine restaurants, its flower market nested in the Vieille Ville (the Old Town), along with churches, palaces, and the famous Promenade des Anglais.

The old town forms a triangular area bounded by Castle Hill to the east, the south beach, and the Jean-Jaurès Boulevard north. Originally the first inhabitants of the city had settled on the castle hill before migrating to the “lower town”.

Le Vieux Nice has kept its Italian aspect, with its alleys or alleyways, its ocher red or red buildings decorated with shutters, its Baroque churches, its squares, and some unusual curiosities.

What to do, see, and what to visit in Old Nice?

It is good to hang out, especially in the summer, because there is more freshness than elsewhere. It is also the most touristic area of the city if you go in the high season expect the crowd! 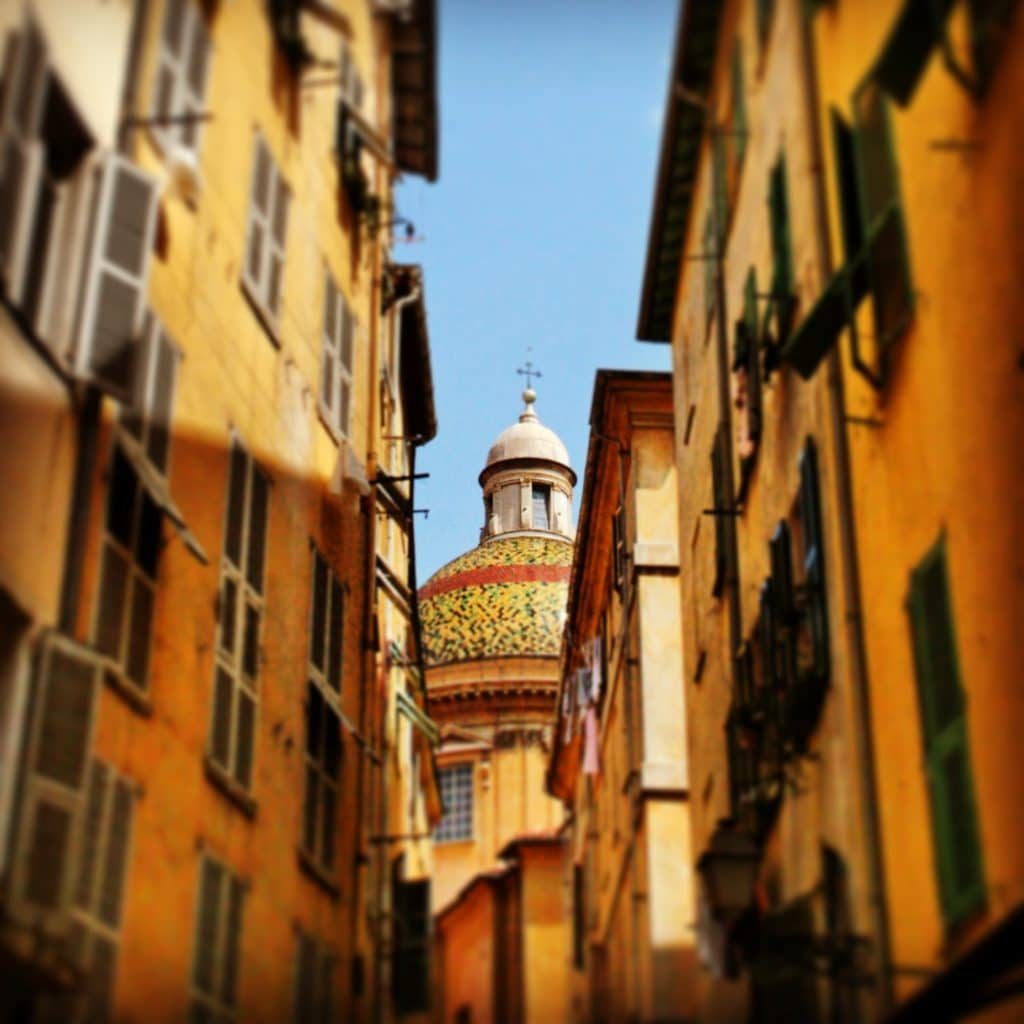 A place of concentration of works of art

Art is everywhere in NIce, even on the street in Old Nice. In addition to the shops, you will find many shops of painters, designers, sculptors but also creators of clothing or jewelry. Nothing like a stroll in Old Nice to find a unique work or to discover new artists.

A place of relaxing shopping

The old town is also home to many interior design shops and chic clothes and trendy, all in a picturesque setting making shopping pleasant even for these gentlemen! Some major retailers have a shop there, but most are independent.

But to get to know Old Nice, there are some cool things. The fashion and shopping lovers will be able to find their happiness in the stores which present something other than fashion brands.

What you should see in Nice

We recommended the free walking tours in the Old Nice and some of the best sites to see in Nice during your stay.

In nice old town, we particularly recommend to head to some of the best sites in Nice: 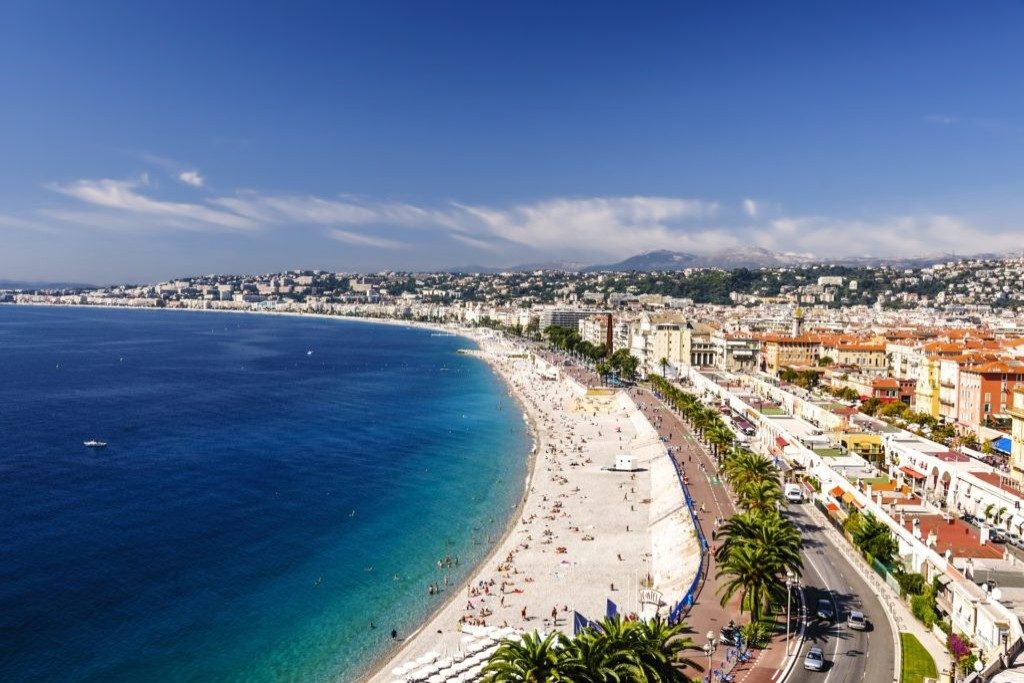 The Old Nice at sunset

The right street has several art galleries but also the beautiful Palais Lascaris, who belonged to this noble family and who visits.

Animated day and night, some streets and squares of Old Nice are well lit and offer an excellent show! It is notably the case of the Place de la Justice, the Rue de la Préfecture, the Cours Saleya, or the Place Rossetti.

A little lower, the street of the Prefecture is also a straight and principal axis, lined with shops, restaurants, bars, and more. It is always very lively, with some of the best pubs and parties in Nice.

This street runs along the center of the Palace of Justice (the Courthouse). It is also very lively, especially in the evening.

Then, to the west of the street, you will be heading towards Place Masséna,

The Place Rossetti is the central square of the Old Town. In addition to its restaurants and cafés, there is proudly the beautiful baroque Sainte-Réparate cathedral.

Baroque cathedrals are very rare in France and are found only in the south-east, region influenced by Italy, or previously Italian, as is the case here. Do not miss the opportunity to discover one, even if it is still quite sober (compared to what I saw in Italy, I assure you!) 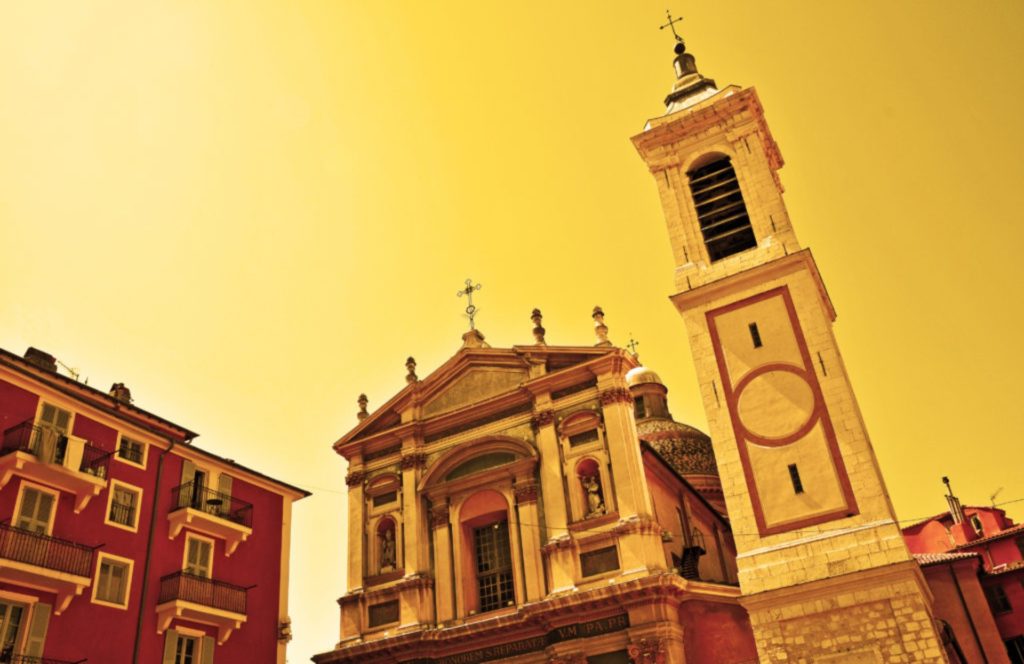 I cannot forget to mention the beautiful Cours Saleya, where is held the flower market in the morning, and where we find other stands the remaining time with jewelry, paintings, and more. Here too, the animation is always at the rendez-vous!

The Cours Saleya is connected to the seaside by several passages under arcades. Between the course and the sea, rue des Ponchettes with its rooftop terraces is to see! 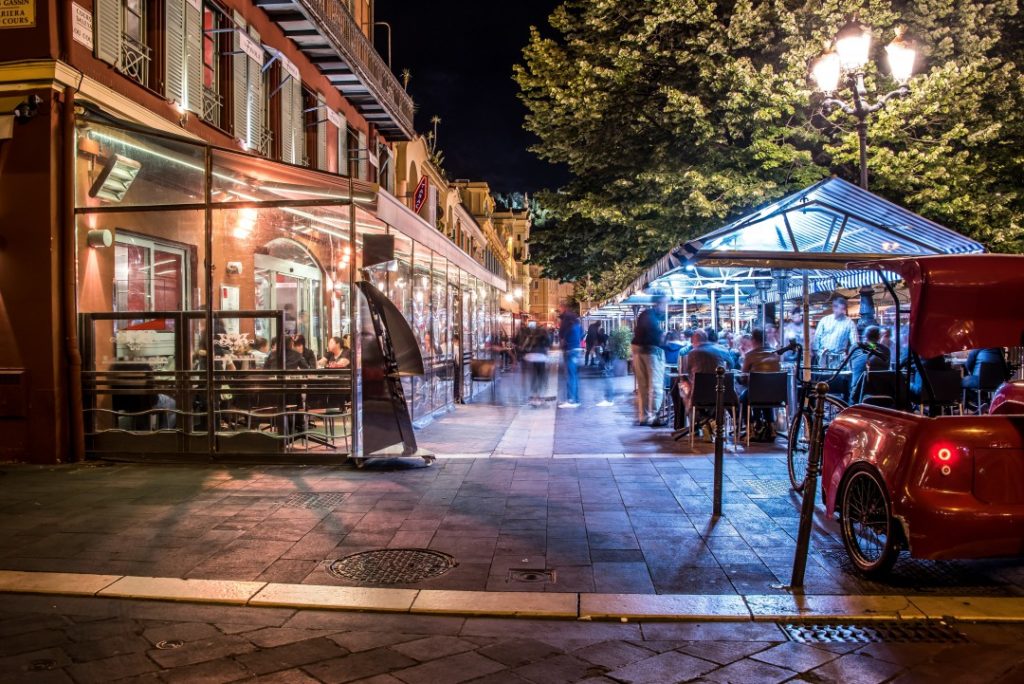 The churches of the Vieux Nice

There are many churches in Old Nice, including the beautiful baroque church of the Black Penitents, which is rarely open. I was fortunate to be able to enter and to “steal” a photo as it is forbidden, and watched by zealous grannies.

But I understand that the restoration of the church was expensive, we prefer to sell you a postcard!

The Palace of the Prefecture

Today, it serves as a place to welcome the heads of state. Open only for heritage days; you will not be alone when visiting.

Further on, we come across the pretty rue Saint-François-de-Paule, which is also commercial and lively, parallel to the seaside. There is the Opera, which has the particularity of having two faces: a Belle Epoque street side, and a Neo-classical on the seashore.

Some last tips and useful information

In Old Nice, there are also several less touristy streets, more “residential”. Including those who climb to the castle hill). Do not hesitate to “lose” yourself in Nice as it is not very big, and that’s how Nice is best discovered!

Never, NEVER enter the old town by car. The few tourists who try it take hours to get out and often damage their vehicle.

Get there by public transport, on foot or by wheels, and then park either on the Cours Saleya or on the Place of the Palace of Justice. If you come by car, the simplest solution is to park it in one of the underground car parks, paying.

Nice – A Brief Overview of the City of Sun, Victory and Art