Dreaming of sunshine filled days? Then get yourself to the French Riviera where the sun shines almost 85% of the time.

The French Riviera, or the Côte d’Azur as it is known to the French, boasts a deliciously diverse coast line as the Mediterranean sea meets the mountains. Exploring this area of France is a real experience as so many delightful towns and cities are within easy reach from one another.

Each spot has its own character and charm as well as specific features that make it a ‘must do’ when holidaying in the South of France.

Find your base in Nice

Beginning with the largest city on the Riviera and the sixth biggest city in France; it’s time to start this new adventure.

You’ll have seen the multiple Instagram posts of the long seafront in Nice, known as the Promenade des Anglais, and it’s here you’ll find those famous blue chairs and striped umbrellas that are the symbol of the city.

Peppered along the promenade are plenty of beach bars and restaurants serving delectable local dishes, seafood and a selection of salads. Although a little expensive, you can’t begrudge the price due to your surroundings; there’s nothing quite like enjoying a long, lazy lunch whilst gazing out into the deep blue of the Mediterranean.

It’s a city bursting with life. From the local markets on the Cours Saleya (famous for its beautiful flowers) to the nightlife where restaurants and bars fill with both tourists and locals looking to spend the evening with friends.

If you’re in Nice and unsure where to go for the perfect night out, why not join one of our Pub Crawls? It’s a great way to experience what the city has to offer and also meet like-minded travellers.

East from the city of Nice sees us travel towards the Italian border, with the city of Menton being the last French stop before crossing the border into Italy. Famous for its lemon festival hosted in late February/ early March and its quaint, climbing streets that reach high above the water’s edge, it’s a must when visiting the South of France. Especially for those who have a liking for fresh pasta washed down with large glasses of red wine!

But before we go that far east, let’s take it back to the central point of the French Riviera…

Just two stops on the train from Nice Ville station sits the quaint town of Villefranche. A slice of serenity compared to the commotion of city life.

Here you’ll find a Provencal old town, huddled near the harbour and distinctively marked by the orange-tiled roofs. It has old world charm with tiny streets, quaint passageways, terracotta buildings, and uneven staircases that take you down to the port.

The old ton runs parallel to the waterfront, which again, is lined with irresistible restaurants serving incredible seafood.

Take your time to explore the small streets as well as the 16th-century citadel which has many museums which are free to enjoy.

Just next to Villefranche lies the stunning little town known as Saint Jean Cap Ferrat, full of seaside resorts. The peninsular most recently shone in the 2018 film ‘Fifty Shades Freed’ where the beautiful Paloma Beach hosted Mr and Mrs Grey on their honeymoon. This small town is best to reach via bus as it is not supported by a train station, although there is an incredible marked coastal walk from Villefranche to Saint Jean Cap Ferrat that takes around 2 hours. Discover more about this walk on this website.

In the Principality of Monaco, you’ll find all the glitz and the glamour associated with this independent state. Nestled within the mountains and framed by the sea, the city boasts some of the biggest super yachts of the rich and famous.

It’s famed for hosting the Formula 1 Grand Prix but also its opulent casino in Monte-Carlo. Not to mention the copious amounts of prestigious designer stores, trendy bars and high-brow hotels that line the streets.

There’s a lot to do in Monaco, and you may benefit from a guided tour of the city. It’ll show you the top spots in just four hours, allowing you enough time to enjoy a wine or two on your vacation.

Want to shop? Then get yourself to Cagnes sur Mer to discover Polygon Riviera – here you’ll find high street stores as well as many restaurants to whet your appetite for lunch. The shopping centre is relatively new and has an extremely modern feel. The best way to get there is by train from Nice Ville to Cagnes sur Mer then the number 57 bus which drops you right outside (remember €1.50 in change to purchase a ticket).

But if you’re here for the history and culture, take a trip inland from Cagnes to the old village of St. Paul de Vence, which has a remarkable collection of 20th-century art and sculpture at the Fondation Maeght.

Ahh Cannes, home of the film festival that recently saw the likes of Brad Pitt and Leonardo Dicaprio walk the red carpet. The famous pair were at the 2019 Cannes Film Festival for the screening of Quentin Tarantino’s upcoming movie Once Upon a Time in Hollywood, which they both star in.

If you’re hoping to get a glimpse of a famous actor, then coming to Cannes during the festival is a must. It will be busy, but you could say it’s a sacrifice you’re willing to make for a shot of your favourite A-lister.

Whether your here for the festival or not, it’s recommended you take a stroll down La Croisette (the famous promenade), and soak in the sights of the crystal blue waters, yellow sand beaches sitting tightly against the shadow of designer stores such as Gucci, Chanel and the like.

Fancy taking in the sights from a height? Le 360 bar at the Radisson Blu is the best spot to see all Cannes has to offer whilst enjoying a cocktail or an ice cold glass of Rose

The atmosphere at Le 360 rooftop is smart-casual, with cool lounge music and a trendy crowd. Although a little expensive, it’s worth it for the panoramic views of the city.

If you’d like a guided tour of the city, do get in touch. We’d love to show your around. 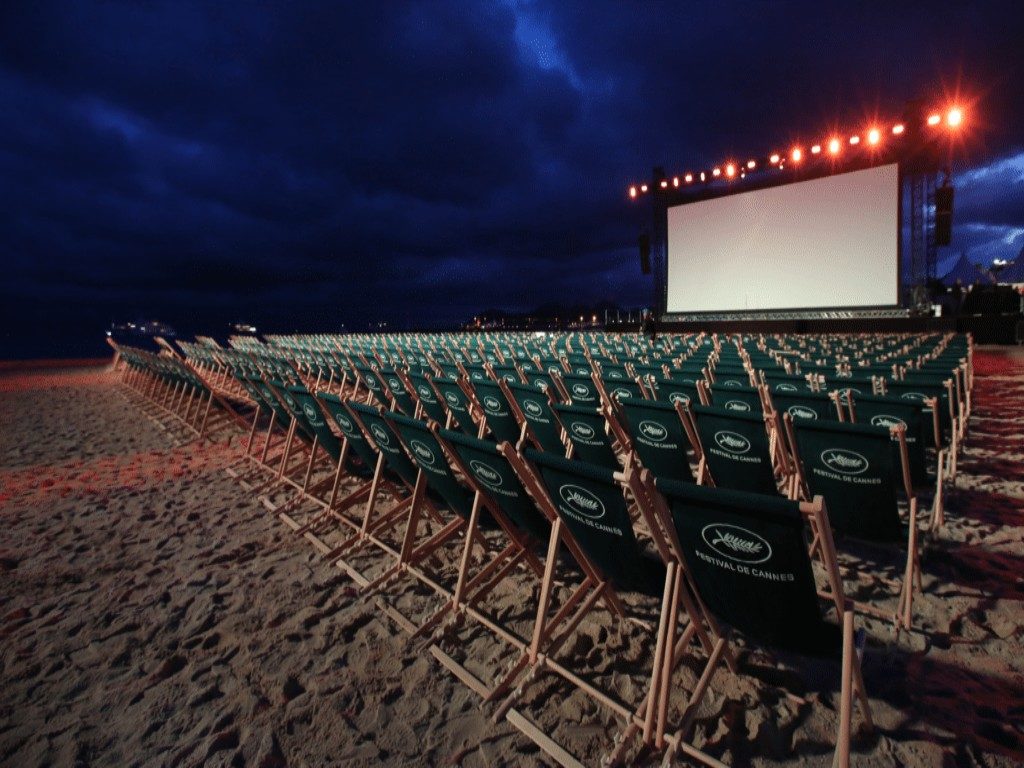 This small fishing village was transformed into an overnight success by the one and only,  Brigitte Bardot who came to St-Tropez in the 1950s to star in Et Dieu Créa la Femme.

The French town has since thrived on its reformed sexy image: at the Vieux Port, millionaires yachts line the waterfront and many tourists travel over to admire them.

But despite its reputation for beach club parties, and late-night soirees the town is still delightfully picturesque. Take the time to meander down the cobbled lanes in the old fishing quarter of La Ponche, sip pastis at a place des Lices cafe,, or walk in solitary splendour from beach to beach along the coastal path.

And there you have it…the top spots along the ever-captivating French Riviera. 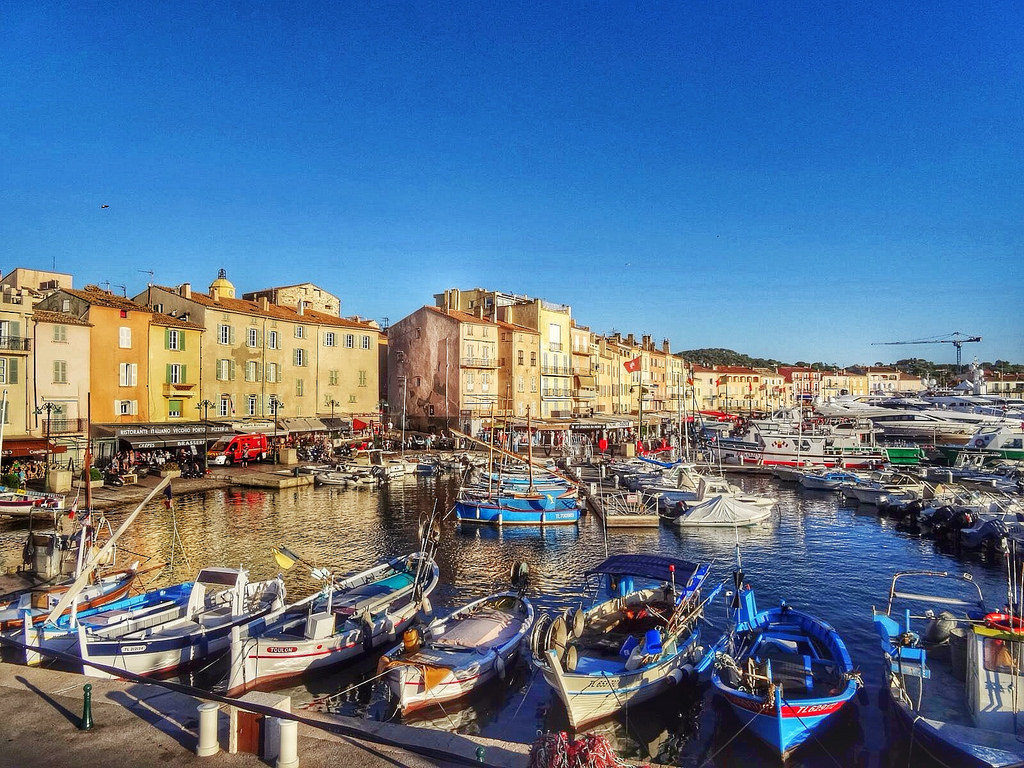