Nice to Monaco Half day Trip

HALF-DAY TRIP FROM NICE TO MONACO 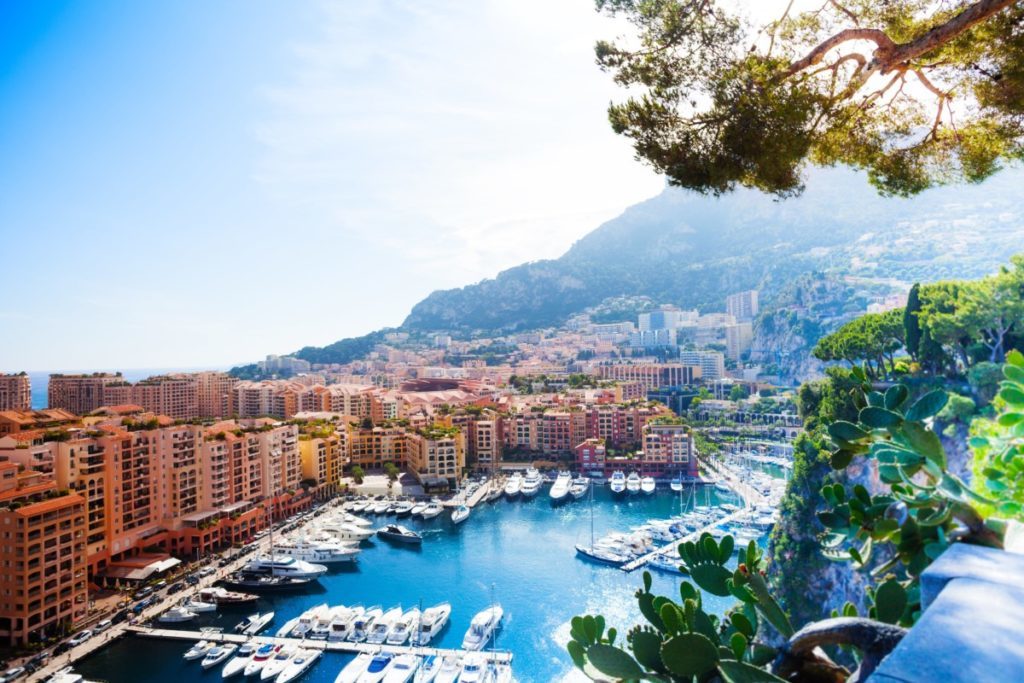 Provence-Alpes-Côte-d’Azur is one of the three largest French regions for tourism. It is the ideal place for anyone who can’t choose between sea and mountain. The sea to the south, with the mythical Côte d’Azur; the mountain to the north, with the Alps, the highest mountains in Europe. Today, the only invasions that we count are those tourists who, summer and winter, break on the internationally known sites of the region: Nice, Cannes, Monaco, Saint-Tropez on the Côte d’Azur, etc. On the French Riviera, tourists are spoiled for choice! Everything shines on the Cote d’Azur and not just the starlets of the prestigious Cannes film festival! Book your very own Nice to Monaco Half-Day Trip and discover why these are two of the most visited cities along the entire Riviera!

Nice is the capital of the Côte d’Azur. Nice is also one of the most popular holiday destinations on the French Riviera. Called “Nissa la Bella” (Nice the beautiful), this seaside town enjoys a warm and pleasant climate all year round.

Nice has a relaxed, yet distinguished atmosphere, as well as its numerous sites of interest, such as the flower market of Cours Saleya, the Vieux Nice, and some amazing surroundings, Nice is a must for any visitor to the Côte d’Azur.

Not-to-be-missed things in Nice include the historic districts, the pristine beaches, art museums, and the local gastronomy. All you have to do is put on your sunglasses and a little sunscreen, and follow us on a ride to discover the treasures of Nice!

After having spent some days doing the tour of Nice, it is now time to head to Monaco and Monte Carlo for a half-day trip with your tour guide. You can reach Monaco for a day trip from Nice and head to the train station to get one of the many trains, or ask some companies such as Riviera Bar Crawls and Tours, which are proposing some of the best custom tours from Nice to Monaco, for a small group half-day trip to discover the majestic city-state.

People who read this article also read  What is the history of halloween ?

Get on board and enjoy this day trip from Nice where you will see on the way some of the most typical places and villages on French Riviera: la Turbie, the village of Eze, Saint Paul de Vence, etc. 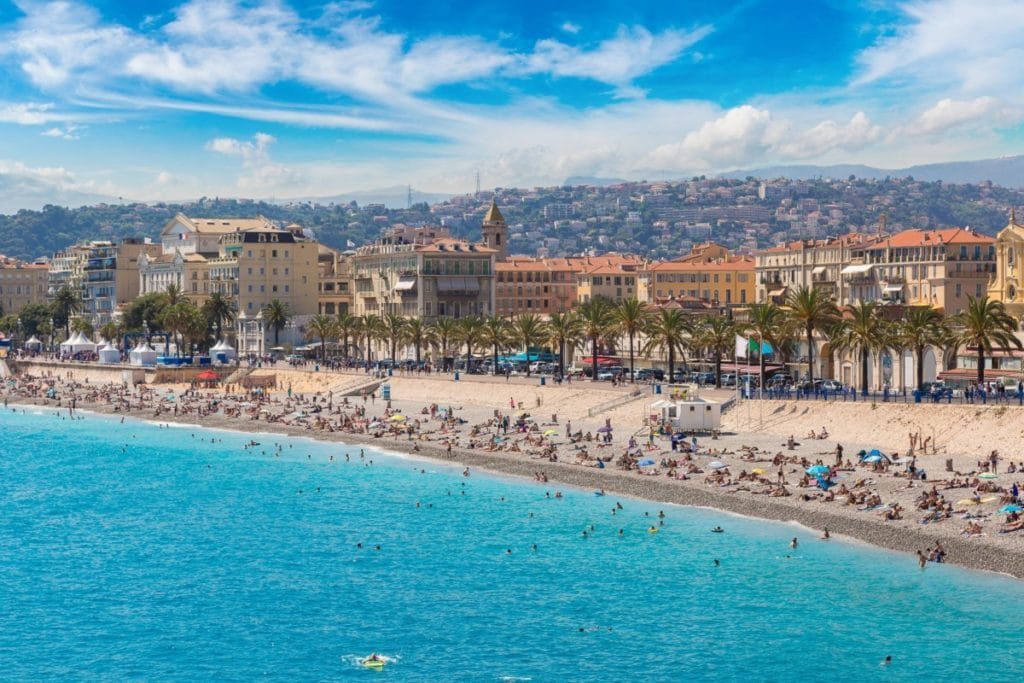 Discover Monaco with a Nice to Monaco Half day trip

Independent since 1861 and strong of its status of a principality, this small city-state of only 37.000 inhabitants is nevertheless world-famous. It must be said that Monaco is a dream. First of all, for the great fortunes attracted by a favorable tax system. But also, for everyone else, because Monaco has become over time a paradise of leisure, with gardens, museums, aquarium, Formula 1 Grand Prix, harbors, hotels, shops, beach, casino, palaces and its unmissable succession of famous princes and princesses.

Monaco knows how to mix tradition and modernity, which makes it so endearing. And as success is at the rendez-vous, the city continues to grow. Already 25% of the territory has been won on the sea, and that seems never to stop.

Why should you choose a guided tour to discover Monaco?

Monaco is a small city-state, but there is a lot to see and do and you can easily lose a lot of time and miss some of the best sites and visits in Monaco without a tour guide to take you around the Principality of Monaco.

If you’re looking for a Nice to Monaco Half Day trip you can choose many options such as a private walking tours in Monaco and Monte Carlo.

If you really want to discover the French Riviera, stand in front some of the best panoramic views, I also highly recommend to book the day tour leaving from Nice to Monaco, while driving the scenic road through Saint Paul de Vence. Your guided tour will ensure that you will not miss any of the key spots along the Mediterranean sea.

Once in Principality, it is time to hit the streets for a great walking tour of Monaco and discover the incredible things that “Le Rocher”, the Rock as it is called by locals, has to offer.

The Rock and the Prince’s Palace

It is impossible to visit Monaco without seeing the Prince’s Palace and the carabineers’ relief. Beware, there is only one per day at 11:55 pm, so make sure you start your visit early. The palace has been the Prince’s official residence since 1927.

The Palace is built on the Rock, the nickname that is often given in Monaco. With its houses dating from the 16th to the 18th centuries, its streets and ramparts, the Rock transport you to another time.

Monte Carlo: its casino, its hotels, and luxury shops

Like the Rock, Monte Carlo is a must in Monaco. With its casino, hotels, and buildings, Monte Carlo is synonymous with luxury, play, and entertainment. The casino and opera were designed in 1879 by the architect Charles Garnier, the same as that of the Opera Garnier in Paris.

The Casino, which participates in Monaco’s international prestige, also appears in numerous films and series. 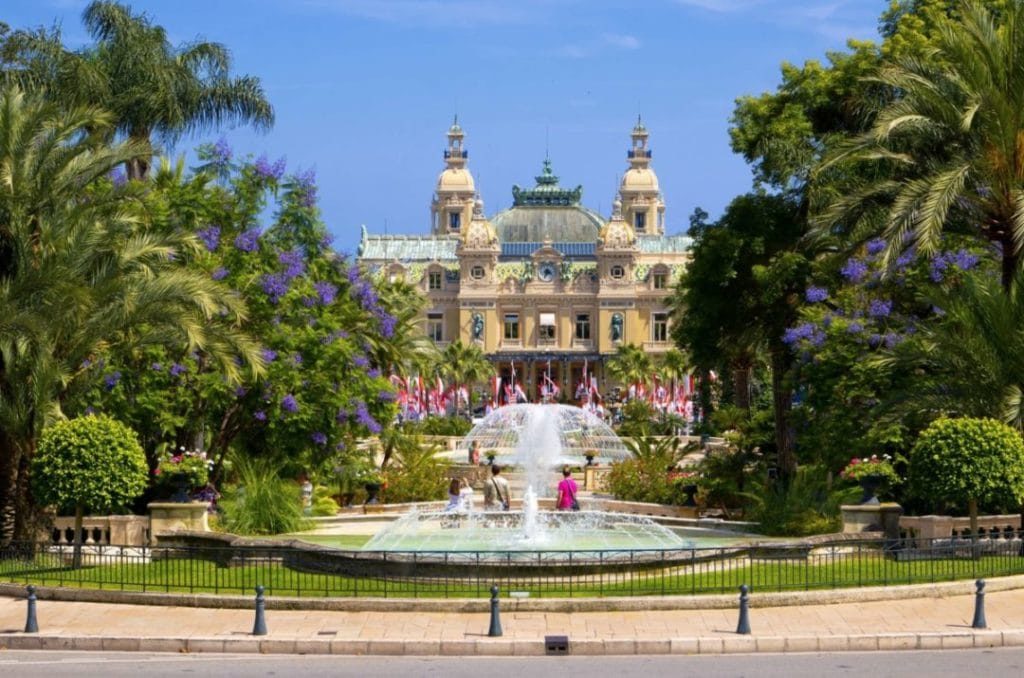 The Cathedral of our Lady Immaculate 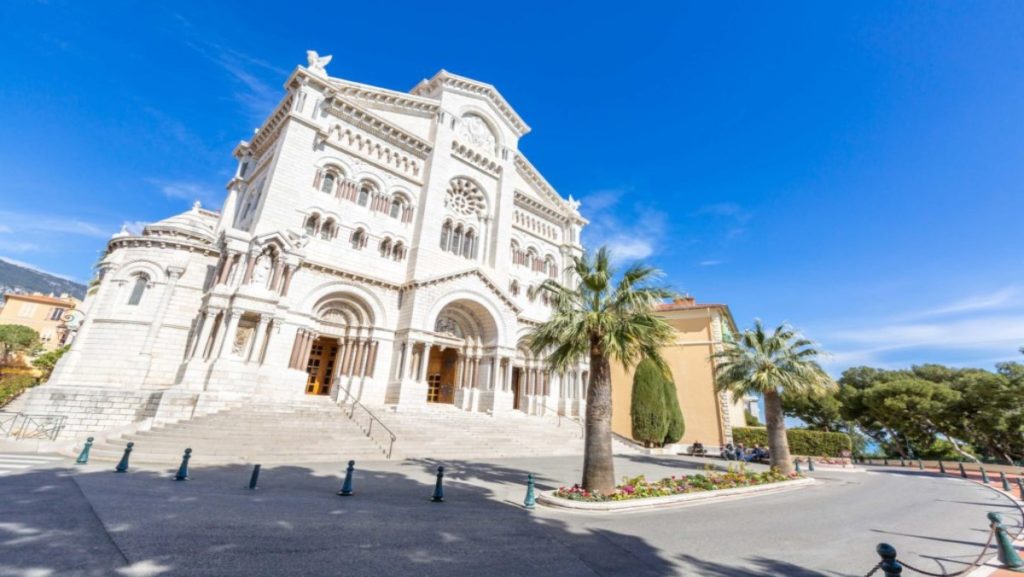 Located near the lively Forum Grimaldi, this Japanese garden is an oasis of peace and serenity. The park was created according to the wish of Princess Grace. The arrangements follow the Shinto rules of Japanese gardens.

A third of the Larvotto district was conquered on the sea, and expansion plans continue. Composed of two coves that extend over 400 meters, the sandy beach Larvotto is the only beach in Monaco. Located at the foot of the skyscrapers of Monaco, it is one of the most beautiful beaches of the Côte d’Azur.

The Condamine Market where you can also come to eat

This charming market has just celebrated its 150th anniversary. The market takes place every morning. Outside, there are flowers, fruits, and vegetables. Inside the hall, there are about thirty stalls: fishmongers, butchers, bakers, etc.

But we also come to eat. The market offers indeed a pleasant “gourmet market”: caterers, grouped around a set of tables and chairs pooled, which offer local products as well as Monegasque and regional specialties. This allows everyone to go buy his meal, or aperitif, at one or more stands according to his desires, and then everyone finds their family, friends or colleagues at the same table.

People who read this article also read  Motorbike rental Nice, France and the South of France