The sightseeing tours of the Principality of Monaco ! 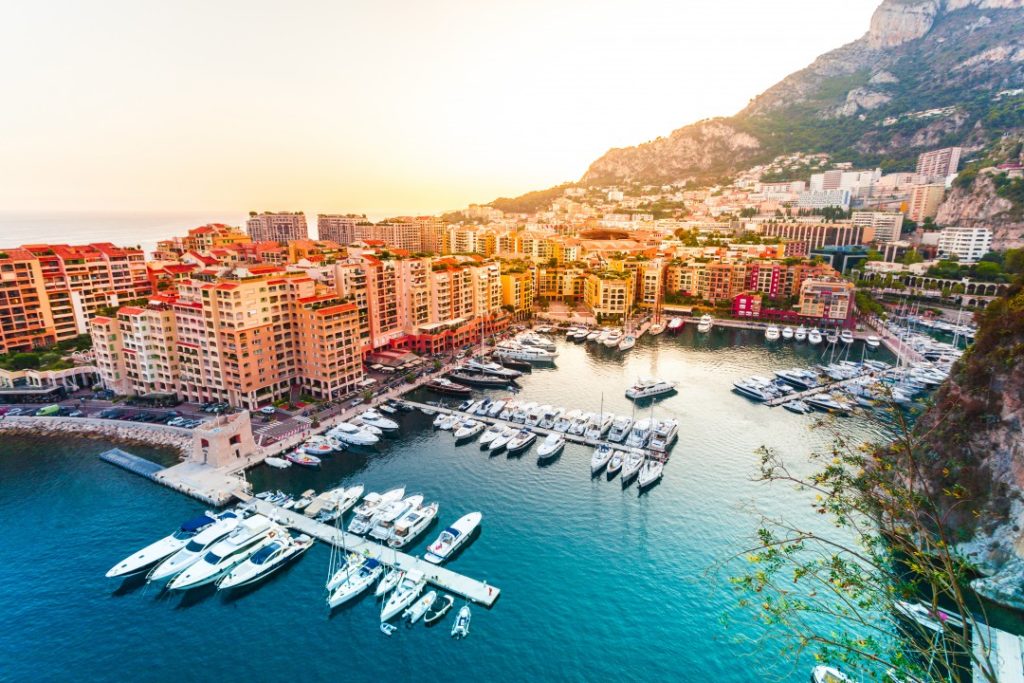 Monaco, the home of the super-rich on the coastline of the French Riviera. A place where fast cars whizz around street corners and mega-yachts bob in the water down at Port Hercule. It’s here many tourists come for day tours in Monaco in the hope of spotting a celebrity or two whilst gazing into the windows of the luxury designer stores.

Despite its somewhat artificial persona, there are many parts of the city that are full of culture and authenticity. The Royal Family has a very colourful history, and it’s a history that tends to excite travellers who delve further into Monaco’s past.

One of the best ways to explore the sitting is by booking onto a sightseeing tour of Monaco. That way, you’ll definitely not miss any of the highlights and will learn interesting facts about the city. So let’s take a look at the Monaco tours on offer…

Not that we’re biased…but we honestly believe that the most rewarding way to see the best bits of Monaco is by foot.

Walking around the cities allows you to really take in the sights and familiarise yourself with your surroundings. Being a tiny city, it’s very easy to cover all the iconic sites in one afternoon.  The Principauté de Monaco is barely two miles long and a little over half a mile wide at its very broadest.

Here at French Riviera Tours, we offer an excellent guided half day walking tour of Monaco. Four hours is a perfect amount of time to tick everything off without feeling rushed, or underpressure. It also leaves you with copious amounts of time to sit back and relax with a glass of wine at one of Monaco’s top bars (we’d recommend the Wine Palace).

As one would expect, we begin our walking tour at the Place du Casino in Monte Carlo. Highlights include the F1 GP Circuit (yes, you’ll see that famous hair pin corner), The Cathedral of Monaco (where Rainier III married his bride, the dazzling Grace Kelly) and the Musée Océanographique; just to name a few.

The tour costs 30€ each and it’s best to book in advance to avoid disappointment. The price includes a return train ticket from Nice to Monaco. We hope to see you soon!

Now, if you’re the type of traveller who likes to take things easy…perhaps the open-top tour bus may be the better option for you.

The bus covers the whole of the city, and allows you to hop on and off as many times as you like in one day. The bus narrates the city as you drive through, providing it’s passengers with interesting information about the cities main attractions.

The appeal of this tour is the ‘hop-on, hop-off’ factor as you can take in the city at your own pace, stop for a glass of wine as and where you want without affecting the rest of the group.

On the other hand, it lacks that personal touch a guided walking tour has. There’s no one there to answer any of your probing questions or give you recommendations for lunch…so it depends what you’re after when it comes to sightseeing tours.

Maybe you’re not the kind of traveler who likes to take part in tours and would prefer to uncover the delights of Monaco at your own pace and in your own time. Which is completely fine. Everybody has their preferred ways of travelling.

If you fall into this category of traveller, then why not take tours of specific landmarks in Monaco you might like to learn more about?

People who read this article also read  Best restaurants in Nice
You can choose from two different visits when coming to the Prince’s Palace:

The Princes collection of cars is situated a little further away from the palace, but within easy reach by bus. Both buses 5 and 6 go to the museum, but it’s also only a short five minute walk from the station or a 20 minute walk from Casino Square.

Prince Rainier III decided to start collecting cars in the 1950s, but it wasn’t until 1993 that he decided to open this collection to the public. The collection is open seven days a week from 10am to 5:30pm.

The State Apartment visit takes place at the Prince’s Palace and is open until October 15th 2019. Times are not stated on the website, but it does give you the option to book online which may be wise.

Both tours cost 8€ for adults and 4€ for children. 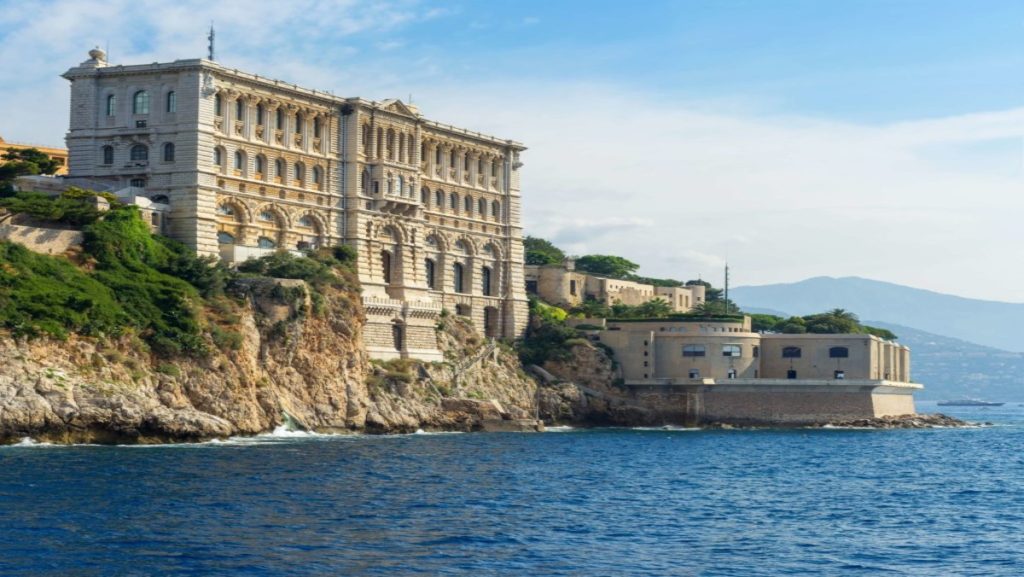 The guided tour lasts one hour.  The exceptional guides will give you tonnes of information about their historic collections and the species of sea life that inhabit their aquariums.

The museum advise that booking is essential for a tour, and it is best to book at least one month in advance. 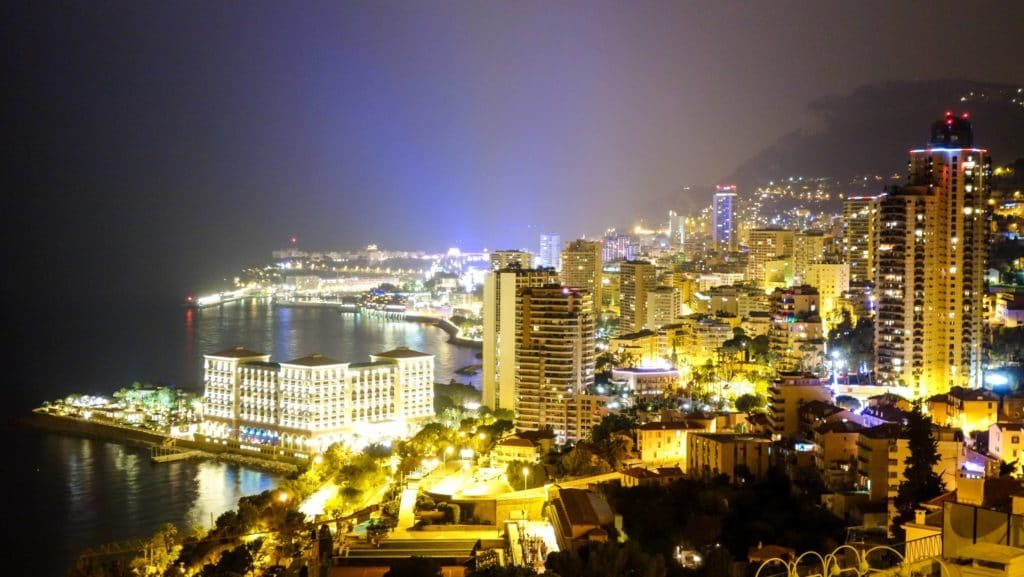 Built in 1893 by Charles Garnier, the man behind the iconic Paris Opera House create another icon that would be the picture of Monaco up until this very day.

Filled with opulence, the casino has paved marble and stunning sculptures as a part of its design. The marble continues into the casino and is highlighted by the stained glass windows, sculptures, and paintings that hang perfectly along the interior walls.

Tours run daily (except during the Formula 1 Grand Prix) and is open for tours from 9am -1pm only, so make sure you get to Monaco in the morning.

The entrance fee is 17 and last 40 minutes, a great way to begin your day in the stunning city of Monaco.

The Best of the French Riviera Sightseeing Tours