What is a Riviera? 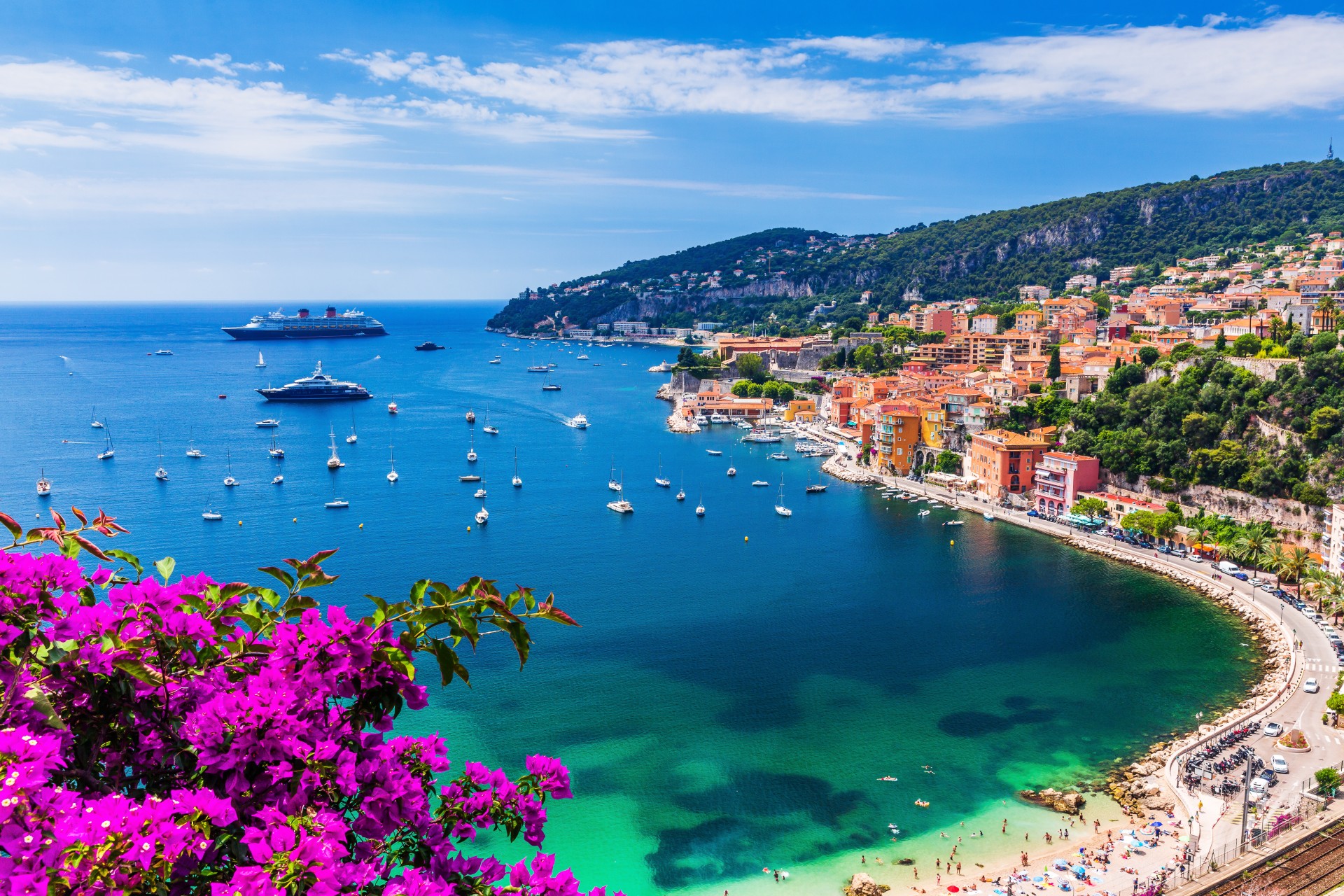 The word ‘Riviera’ has long since become a synonym for a perfect holiday resort. We automatically associate the term with glorious sunshine, white sandy beaches, and drinking cocktails while you gaze out onto the Mediterranean ocean. And honestly? That’s not too far off the truth! Europe is home to some of the most beautiful Rivieras in the world. The French Riviera or ‘Cote d’Azur’ in particular attracts millions of visitors annually. In fact, this little coastal region is France’s second most popular tourist destination after the Parisian region. Although, it is considered the most beautiful.

But France’s Riviera isn’t the only one along Europe’s south-easterly coast. The neighbouring country of Italy is likewise home to a stunning Mediterranean coastline called the Italian Riviera or ‘Riviera Ligure’. While not as famously known as the French Riviera, the Italian Riviera is no less as beautiful, and has its own unique charm.

Historically, the French and Italian Rivieras were actually not separate entities. In fact, there was only one Riviera, stretching from Marseille in France all the way to the Italian city of La Spezia. Today however, that is of course no longer the case. But nonetheless, both Rivieras still remain some of the most breathtaking and exotic regions in their respected countries.

What makes a Riviera?

The word ‘Riviera’ itself comes from the Italian word meaning ‘coastline’. Hence, the term can be applied to any coastline. Typically, one that is sunny, popular with international tourists and is home to diverse landscapes.

The French Riviera benefits from up to 330 days of annual sunshine. In the winter months, average daily temperatures lie at about 5.4 °C (41.7 °F). Whereas in summer month, average daily temperatures are set at 28.6 °C (83.5 °F). As for precipitation along the coast, the rainiest months are September-December. But even then, expected rainfall never usually exceeds 150ml (5.67 in).

Similarly, the Italian Riviera experiences exceptionally mild winters and bright, hot summer. In fact, the Osservatorio Meteorologico Ligure observe an average of up to 2,800 hours of annual sunshine. The region also only experiences about 60 days worth of rainfall throughout the year, and with very rare snowfall.

Both regions are home to vast and breathtaking typography. The Alps Mountain range runs through both Rivieras. So despite the glorious sunshine in the region, you’ll find ski resort no more than an hour away! The Rivieras are also both known for the vibrant and exotic Mediterranean vegetation which grows all along the coastline. If you fancy yourself as some what of a botanic enthusiast, then you’ll find some of the world’s most beautiful gardens here. 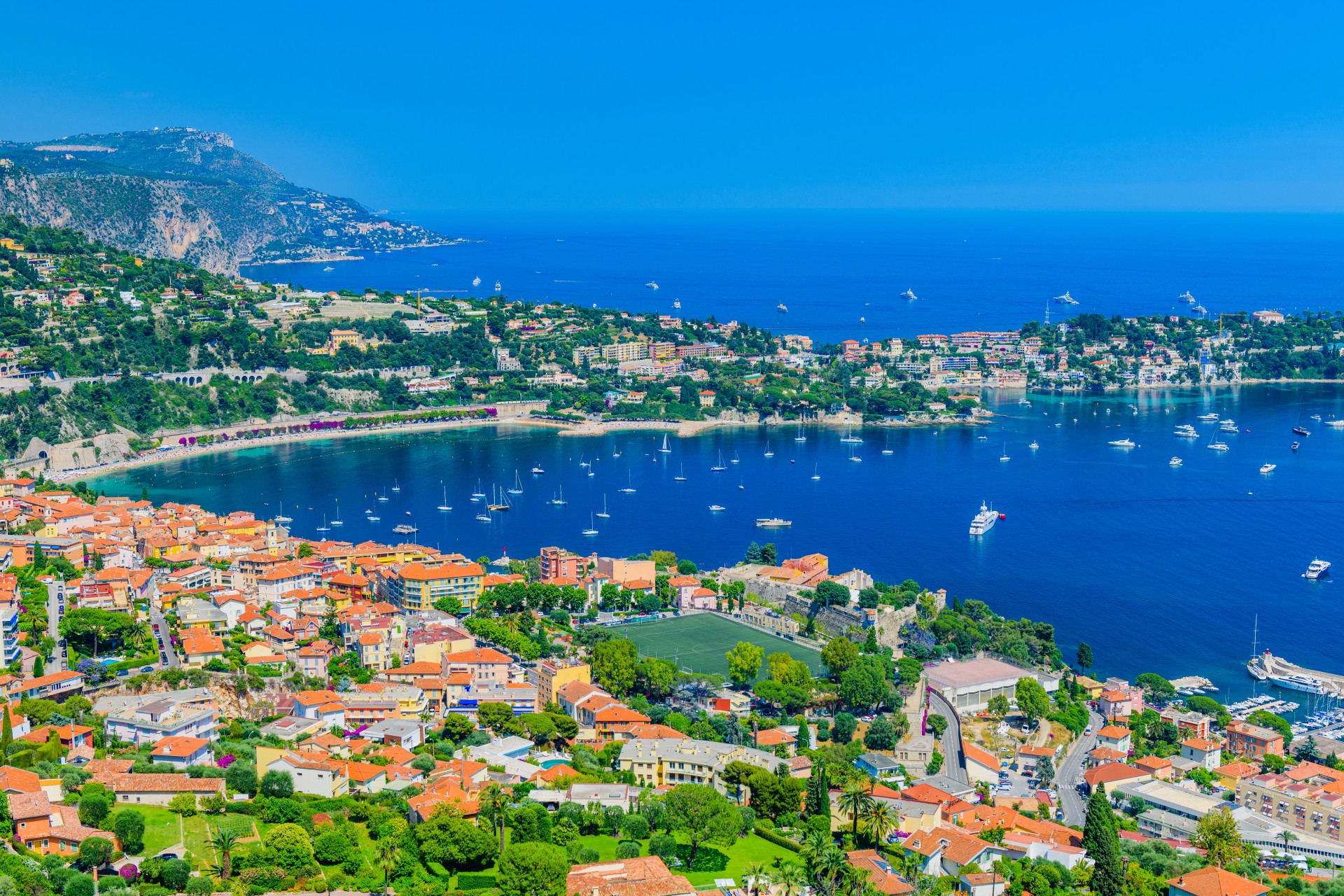 The world-famous Cote d’Azur refers to the Mediterranean coastline which stretches for over 550 miles along the southeast corner of France. Though having no official boundary, it is considered by most people to range from the Cassis commune in the west, all the way over to the town of Menton which lies upon the French-Italian border. Despite being referred to at the ‘French’ Riviera, the Cote d’Azur is in fact composed of two separate countries. And no, it’s not Italy.

The Principality of Monaco is the second country besides France that makes up the French Riviera. But how is there a separate country in the middle of France? Well, historically, Monaco was in fact a part of France (though they had their own soverigncy). The Grimaldi Family, who still rule Monaco to this day, also had power over the neighbouring communes of Menton and Roquebrune. However, following civil unrest and Monaco becoming bankrupt, the two cities broke away and officially become French. Monaco on the other hand chose to breakaway entirely and officially become its own Independent State. The principality of Monaco is today the second smallest country in the world after the Vatican State. So small in fact that you could fit the entire country into Central Park one and a half times.

The Italian Riviera refers to the narrow coastal strip which stretches from the city of Ventimiglia on the French-Italian border, all the way to Liguria Sea in the province of La Spezia. Running through over 63 Italian cities and communes. The capital city of the Riviera Ligure is Genoa, which lies roughly in the centre.

Activities on the Riviera

We operate a great number of activities right here along the Cote d’Azur. Discover the fascinating and ancient history of the Riviera with a Guided Walking Tour. Our expert guides will take you on an adventure through time. Discovering long forgotten of the Riviera and showing you some of the hidden gems tucked away in secret corners. Or take advantage of our Private Guided Tour option and enjoy the benefits of a small group and your very own personal guide. What’s more, our private tours are completely customizable. Want to visit more than one Riviera city during your tour? Well then just let us know and we’ll do our absolute best to accommodate you!

Or want to go that little extra mile and enjoy a tour with a twist? Then why not consider taking part in a Food Tour? Though entirely different countries, Italian culture has heavenly impacted that of the French Riviera’s. today, you’ll find that the food along the Cote d’Azur has crafted a perfect blend between French and Italian cuisine. And with up to 15 different samplings of said cuisine, you’ll be sure to end the day with a full and satisfies stomach!

And speaking of palette pleasing experiences, we of course can’t forget about our Wine Tasting Tour. France is world- famous for its wine industry. So why not discover why for yourself? Enjoy the very best flavours of French wine, and even experience an informative introduction to the art of wine making.

But if you’re looking for something a little more on the adventurous side, then don’t worry, we have just the thing for you too! Join our team as we take you Canyoning through the riptides of the Gorges du Loup. Or even try your hand at Stand-Up Paddling out on the Mediterranean Sea!

And finally, what better way to end the night than a Bar Crawl? Party the night away with fun-loving internationals such as yourself in some of the best venues the Riviera has to offer. Enjoy a great atmosphere, free shots, drink discounts and free VIP entry to the clubs. The perfect way to end an already memorable vacation to the Riviera.

For quotes and booking requests, please feel free to contact us via our email: info@rivierabarcrawl.com