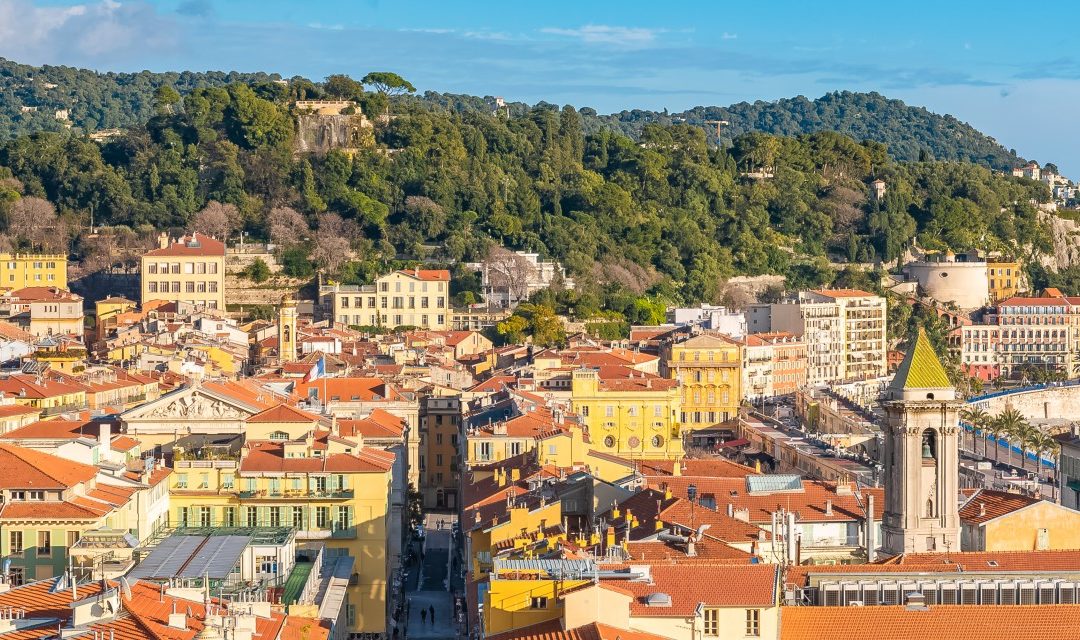 Welcome to Nice! The capital city of the French Riviera and France’s second most popular visitor destination. It’s a global hub for tourists of all kinds. Whether its sun seekers, sightseers, history buffs or foodies, Nice has everything you could want and more. Another great thing about Nice is how central it is on the Cote d’Azur. Which makes getting to all the other fantastic cities that much easier! But how will you get to some of these other cities? What are your options for transport? Where can you find the train stations? Well, we’re here to answer just that!

What are the Train Stations in Nice?

The trains lines are the most efficient mode of transportation here on the Cote d’Azur. Not only are they significantly faster than other options, its also relatively cheap! What’s more, the ticket machines in the stations are simple to use, even giving you the option to use the machines in different languages so that you can easily understand the instructions. But be careful! Always make sure to validate your tickets in the little yellow machines before passing through the gates. You don’t want to risk getting a hefty fine!

Another little thing to be aware of is that the time stamps on your tickets aren’t binding. For example, if you buy a ticket that says 2pm, and you miss the 2pm train, then you don’t have to go and buy a new ticket. Simply hop on the next available train.

The last thing to note about the train tickets is for if you plan on doing quite a bit of travelling along the Riviera. Say for example you buy a train ticket going from Nice to Monaco. You can get off at any station along the way and explore a little bit, before getting back on the train with the exact same ticket. An important thing to note so that you don’t go buying separate tickets every time!

Exploring a city on your own can always be a fun and interesting experience. But exploring a city with a local and knowledgeable guide can make all the difference. Its one thing to discover some of the amazing sites that a city has to offer. Its another thing to actually understand the stories and history behind them.

Nice has one of the oldest and most complex history of any city in the Provence-Alpes-Côte d’Azur region. Which is why our Nice Walking Tours are such a treat! Follow our local guides as they take you on a journey through time, exploring the quaint cobblestone streets of Nice’s Old Town and discover the city’s hidden gems tucked away in secret corners.

We also offer a Nice Night Walking Tour. Unlike our day tours, the night tour takes more of a look at contemporary Nice. Together, we’ll explore how tourism in Nice developed. And also how the consequences of the world wars effected the livelihoods of the Niçoise people.

But we don’t stop there. We even offer Nice tours that have a little bit of a spin to it. Explore this beautiful city one taste at a time with our fantastic Food or Wine Tasting Tours! Enjoy beautiful sightseeing, a great experience, and walk away with happy taste buds.

But Nice isn’t the only city on the French Riviera with a fascinating history. The Independent State of Monaco is in itself an enigma. How did it become its own country despite being entirely surrounded by French cities? Why is it considered a Principality instead of a Kingdom? Why is there a so-called curse placed upon the males of the Grimaldi Family? These are all questions that will be revealed during the course of our Monaco Walking Tour!

Not only that, Monaco has some of the most beautiful architectural structures in all of Europe. The Garnier Opera House and the streets of the Old Town are proof alone of this. Not to mention the gorgeous gardens that can be found throughout this small country. There’s nothing like stopping to smell the roses, literally!

And just a few train stations away, we of course can’t forget about Cannes. Home to only the most prestigious Film Festival in all the world! But its glitz and glam reputation aside, Cannes is home to some of the most stunning white sandy beaches in the world. What’s more, it has its fair share of riveting stories to share with its tourists. Throughout our Cannes Tour, you’ll discover the chilling tale of the Man in the Iron Mask who’s ghost still supposedly haunts his old prison cell. Not to mention the story of Île Saint-Honorat, an island solely inhabited by a congregation of monks.

Sound like something you might be interested in? Then what are you waiting for?! Book your walking tour today! Some of your greatest adventures are just a train station away. You can book online via our website or get into contact with us via our email (info@rivierabarcrawl.com). All tours and activities can also be booked as private events upon request. Just let us know in advance and we’ll organise the ideal day out for you and your group!