How was the French Riviera Developed?

Where is the French Riviera Located?

Located on the south east coast, the French Riviera is one of the most beautiful regions in all of France. Though having no official boundary, it is considered by most people to range from the Cassis commune in the west, all the way over to the town of Menton which lies upon the French-Italian border. Also referred to as the Côte d’Azur, this southern region is composed of miles of stunning Mediterranean coastline, breathtaking natural landscapes, amazing cities and glorious year-round sunshine.

Along the Riviera, you’ll find many world-renowned towns and cities. The French Riviera capital city of Nice for example is the second most visited city in all of France. The first of course being Paris. A centre of history, culture and the arts, Nice attracts over 5 million tourists annually, despite only being France’s fifth largest city. The city of Cannes is known world over for its prestigious Cannes Film Festival. Which attracts some of the biggest celebrities on our tv screens. The Principality of Monaco attracts millions from far and wide. Not just for its famous Monte-Carlo Casino, but also for its Formula One Grand Prix circuit.

Weather on the French Riviera 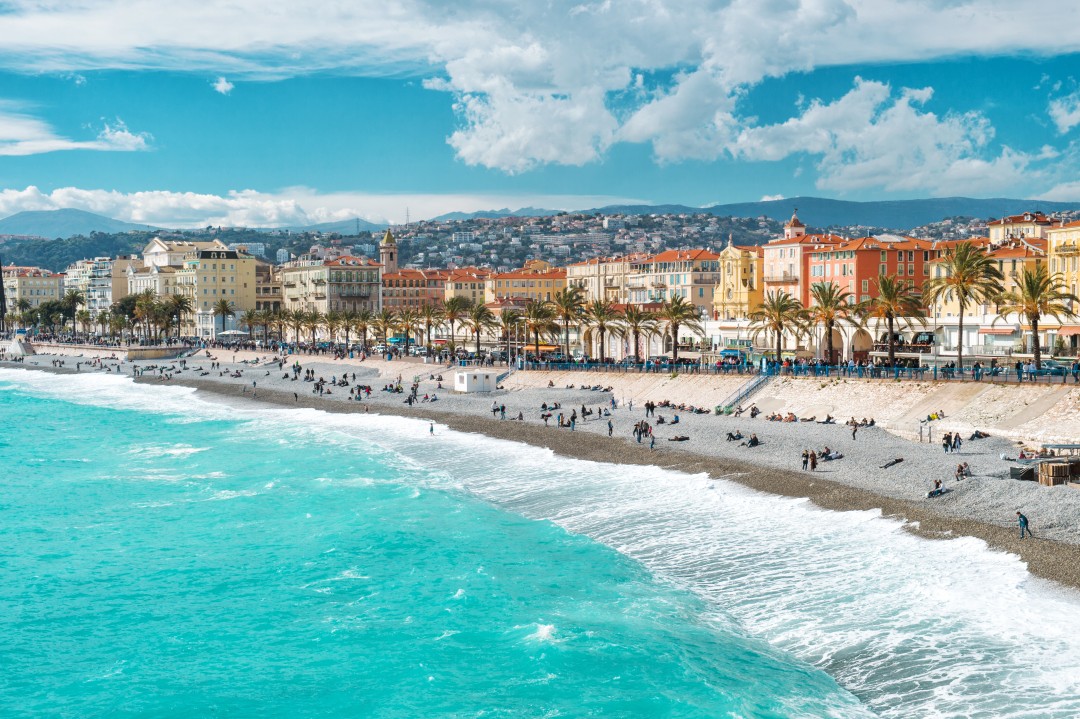 The Riviera is a particularly popular destinations among sun-seeking tourists. With its warm Mediterranean climate, the Côte d’Azur makes for an ideal destination all year round. In fact, the region benefits from up to 330 days of annual sunshine. That’s over 2,800 hours of nothing but blue skies and radiant sunlight! In the winter months, average daily temperatures lie at about 5.4 °C (41.7 °F). Whereas in summer month, average daily temperatures are set at 28.6 °C (83.5 °F). As for precipitation along the coast, the rainiest months are September-December. But even then, expected rainfall never usually exceeds 150ml (5.67 in). So, no matter when you choose to visit the Riviera, you know you’re in for a great time!

Tourism in the French Riviera

As France’s second most visited region, tourism is an important industry here on the Riviera. Figures show that tourism provides over 75,000 jobs for the region. Accounting for a whopping 16% of overall employment. But, including indirect employment, that figure jumps all the way up to 150,000 jobs. Annually, the Côte d’Azur attracts over 11 million tourists, of which stay an average of 6.3 nights. If you take into account overnight stays however, the region benefits from over 70 million visitors. Overall generating a Total Revenue of €10 billion.

Despite its rather large size, there is only one airport catering to the region. That of the Nice Côte d’Azur Airport. It is France’s third busiest airport. With the first two busiest being that of Paris Charles de Gaulle Airport and Paris Orly Airport.  Nice’s airport operates alongside over 50 airline companies. Which connect the region to up to 115 destination in over 40 countries. Thanks to this, Nice witnesses an average of over 13 million passengers flying through its two terminals annually.

How was the French Riviera Developed?

History of the French Riviera

The history of the French Riviera is one of the longest and most fascinating in all of Europe. Previously, it had once been home to prehistoric, primitive people over 400,000 years ago. From there came Greek settlers around 350 BC. Along the Riviera you’ll discover many monuments dedicated to this ancestry. Nice for example was named after the Greek Goddess of victory, Nike. And in the heart of the city, standing proud is a stunning marble statue of the Greek God Apollo. Not long after the Greeks came Romans civilisations. Today you can still visit many ancient Roman ruins along the Riviera. Such as the archaeological site and amphitheatre of Cimiez. Or the Trophy of Augustus in the small village of La Turbie. 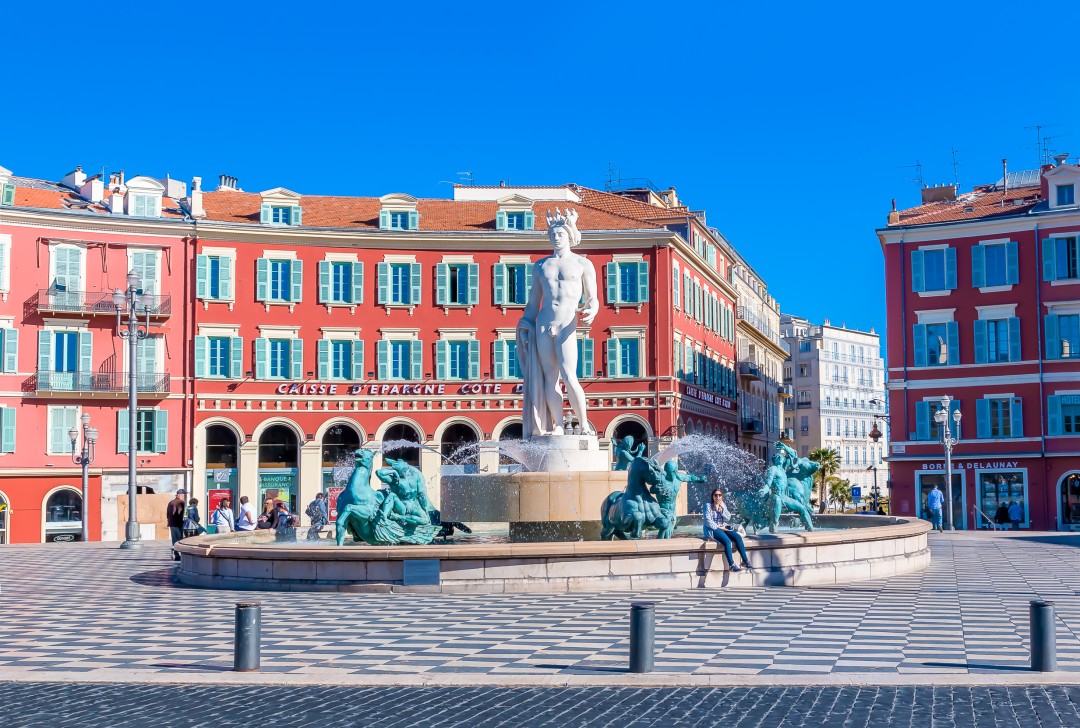 Development of the Riviera as a Tourist Hotspot

It wasn’t until the 1800’s that the French Riviera began to develop into the popular destination that it is today. Until the end of the 18th century, the Côte d’Azur region was a remote and impoverished area, known mostly for fishing, olive groves and the production of flowers perfume (manufactured in Grasse). However, things began to slowly change following the influence of Scottish doctor John Brown. Dr. Brown became famous for prescribing something he called climato-therapy (a change in climate) to cure a variety of diseases including tuberculosis. This led to a lot of sick wealthy British aristocrats spending their winters on the Côte d’Azur. However, over time, the aristocracy became enamoured with the natural beauty of the Riviera and began to frequent the region whether they were suffering from ailments or not. Even Queen Victoria became a regular visitor.

It wasn’t long before it became a winter resort for more than just the British aristocracy. With the establishment of a railway, the Riviera became accessible from the rest of Europe. Soon after its complete, many notable figures such as Napoleon III and Leopold II began frequenting the region. The Riviera also became a favourite destination of the Russian Tsars and Tsarinas. So much so that there became such a large Russian community in the likes of Nice, that over 3 Russian Orthodox Cathedrals were constructed. The most breathtaking of which is the Cathedral of St. Nicholas which can still be visited today. 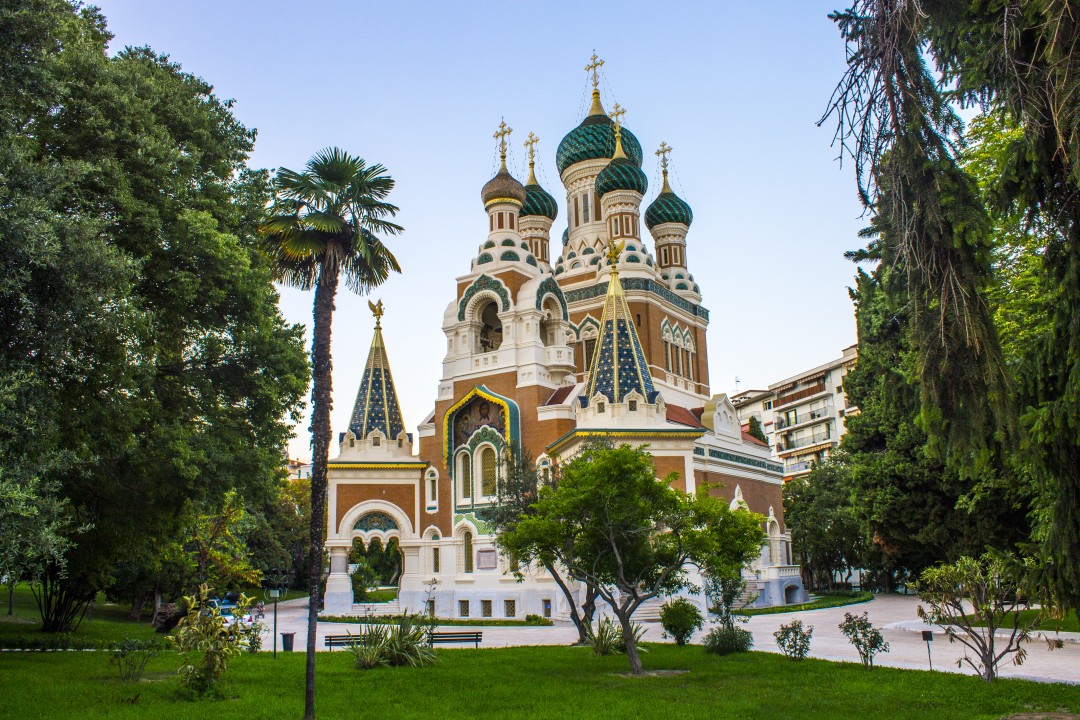 With all its amazing sights and attractions, the French Riviera is the ideal destination for everyone. Whether you’re searching for sun, history, art, cuisine or cultural, the region is a goldmine. The real problem is trying to see all the best bits in such a small space of time. But lucky for you, we’re here to help you make the most out of your stay! And what better way to do that than by organising a Guided Walking Tour. Discover some of the best sights and cities along the Riviera. And all with your very own personal guide. Enjoy the benefits of customising you tour to suit your schedule and uncover part of the Riviera that you never would have discovered on your own.

For booking and enquires, don’t hesitate to get in contact with us via our email: info@rivierabarcrawl.com