Take a Trip to the South of France

The Provence-Alpes-Côte d’Azur region on the south-east coast is one of France’s most beautiful destinations. And how could it not be? After all, its home to the famous French Riviera. 150 kilometres of Mediterranean coastline and up to 330 days of annual sunshine. Its right here that you’ll find some of France’s most well-known cities. Cannes for its prestigious annual Film Festival. Monaco for being possibly one of the wealthiest countries in the world. Marseille for its astonishing architecture. Saint Tropez for its beautiful white sandy beaches. And of course, the gem of the Riviera, its capital city of Nice.

Nice is France’s fifth largest city. Yet it is the country’s second most popular tourist destination (after Paris of course). In total, Nice attracts over 5 million international tourists every year! That’s half of the total visitors that come to the Côte d’Azur. And its really no wonder considering the variety of attractions Nice has to offer.  From stunning architecture to an enriching history. From delicious cuisine to breathtaking views. And from an entertaining nightlife to top-quality hotels, Nice has it all. and where is somewhere that incorporates all of these appealing elements? Well the world-renowned Hotel Negresco of course! 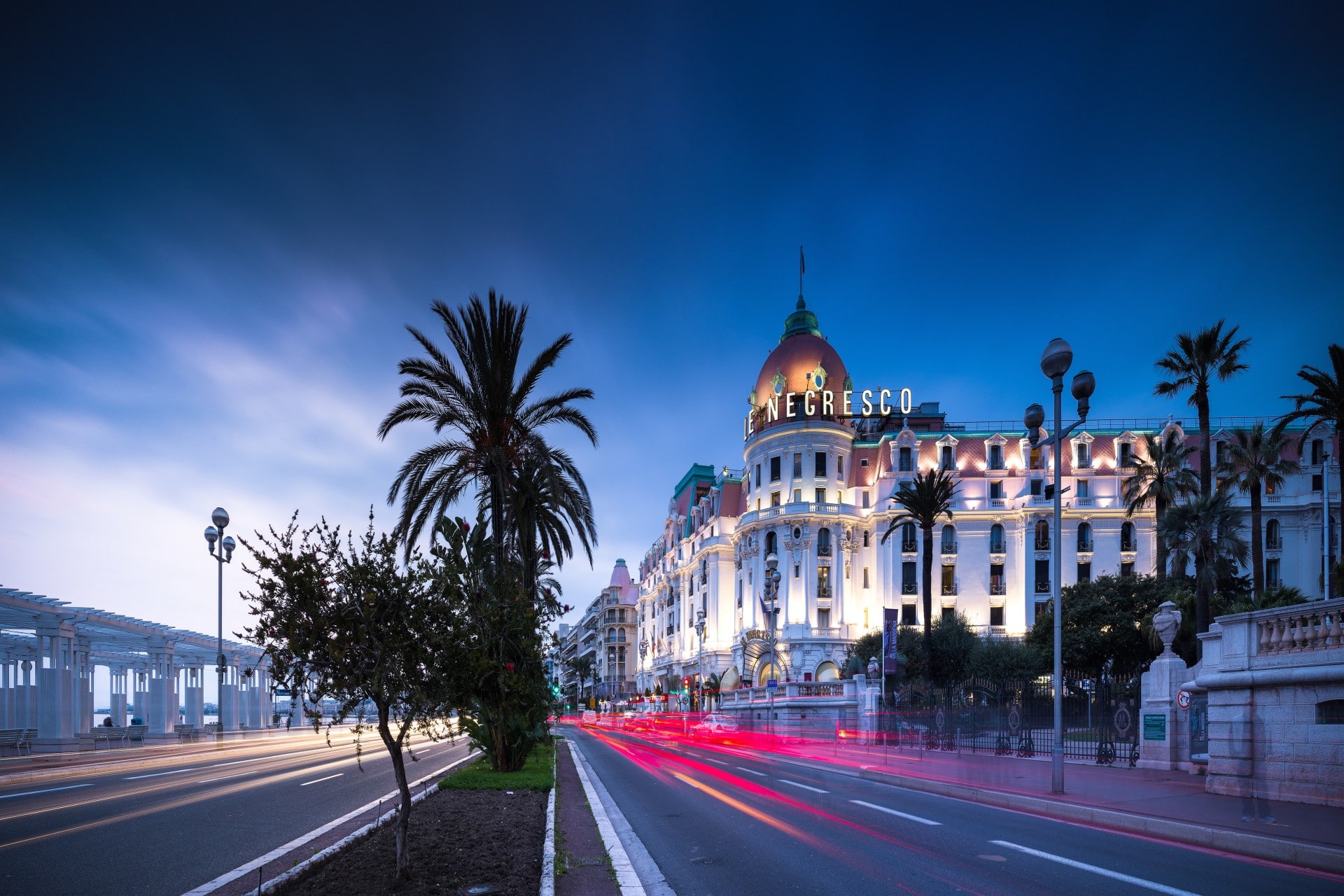 History of the Hotel Negresco

The Life of Henri Negresco

Henri Negresco was born in Bucharest in 1868. As a young boy he worked in his father’s inn until the age of 13, when he opted to travel west in search of his fortune. He worked his way through many cities before landing in Paris. In the City of Light, he won a reputation as the “maître d’hôtel” to an immensely wealthy international clientele. Thereafter in 1910, he decided to try his luck on the Cote d’Azur. First as a “maître d’hôtel” at the Monegasque Hotel Du Helder, and then as the director of the Casino Municipal de Nice restaurant. It became the premier restaurant along the Côte d’Azur, favoured by kings, princes and rich Americans such as the Rockefellers, Vanderbildts and Singers.

Negresco started to dream of building a palace on the Promenade des Anglais in Nice. A wealthy industrialist by the name of Alexandre Darracq became interested in his plans and together they visited the most prestigious European and American hotels to see for themselves just what was expected. Prominent Dutch architect Edouard Niermans was chosen to build the hotel. The famous engineer Gustave Eiffel was also commissioned to construct the domed roof of the building.

The hotel Negresco was inaugurated in triumph in 1913, aquiring profits of over 800,000 gold francs the first year along. However, disaster struck the following year with the outbreak of WW1, and the hotel became used as a hospital.

By the end of the war, the vast majority of the Riviera’s wealthy clientele had completely disappeared. To make matters worse, the long and complex compensation procedures to repair the extensive damages finally left Negresco bankrupt, and he died penniless in Paris in1920 at the age of only 52.

The Hotel after Henri Negresco

Following the end of the war, the Hotel fell into the hands of the Belgian Marquet group who managed to salvage somewhat of the hotel’s original success. However, disaster struck once again when the second world war struck and the Hotel Negresco became a mere shadow of itself.

After World War II tourists started to come back to the Côte d’Azur, but it was different to before. This was the age of short-stay tourists and business travel as opposed to the long-duration guests of yesteryear. Gradually the hotel declined. In 1957, The hotel fell into the hands of the Augier family by a quirk of fate. Jeanne Augier’s mother endured a sudden loss of mobility and became confined to her apartment on the Promenade des Anglais. It just so happened that the Negresco Hotel was the only place that had lifts wide enough to accommodate a wheelchair.

Madame Jeanne Augier reinvigorated the hotel with luxurious decorations and furnishings, including an outstanding art collection and rooms with mink bedspreads. Since their purchase of the hotel, the Augier family have accumulated more than 6,000 works of art and furniture retracing 5 centuries of French history. In October 1974, the hotel was proclaimed a National Historic Monument. For anyone who may want to take a little peek inside the hotel, the lounge and bar is open to the public so long as you buy a beverage of some kind in there.

Madame Augier has since passed away as of January 2019. Without descendants, Jeanne Augier had created in 2009 a fund (« Mesnage-Augier-Negresco ») which will in principle manage her estate upon her death. The benefits must go to the development of the hotel, the protection of animals, the disabled and the « influence of French art ».

Features of the Hotel Negresco Today

The Hotel Negresco offers 96 rooms and 21 suites to its guests. Having been individually decorated with antique furniture and original art that can range from Louis XIII-style to modern paintings, each room is entirely different from the next. One of the most appealing features of the Negresco suites are the ocean views. Nothing beats enjoying a delicious breakfast on a Riviera balcony while basking in the sunshine and listening to the sounds of the Mediterranean Ocean in the background. Although, due to the prestige of the Hotel, rooms are understandably expensive. With a one night stay starting from about EUR 300.

The hotel hosts the two top-class Michelin starred restaurants of Le Chantecler and La Rotonde Brasserie. Le Chantecler brings elements of sophistication and elegance into both its food and atmosphere. While its 18th century décor amplifies the whole ‘Fine dining’ experience. On the complete opposite end of the spectrum, you’ll find La Rotonde Brasserie. This quirky little restaurant can be found in a whimsical, carousel-themed room.  And while it may not have that same sophisticated feel as Le Chantecler, that by no means suggests that it is lacking in gastronomic quality.

The Negresco Hotel is also home to its very own English themed bar. With its rustic and stylish interior, the bar’s atmosphere has a life of its own. And better still, the bar hosts to live entertainment every evening! Providing its guests with a range of different genres. Whether its DJs or live Jazz bands, there always a guaranteed night of fun.

While you’re here, it only makes sense to spoil yourself. And lucky for the Hotel guests, the Negresco allows you to do just that. The Negresco’s in-room spa treatment options allow you make the most of your time spent here. Upon request, the hotel have a professional staff on hand to provide massages, manicure, and hair salon services to all their welcomed guests.

People who read this article also read  What is the history of halloween ? 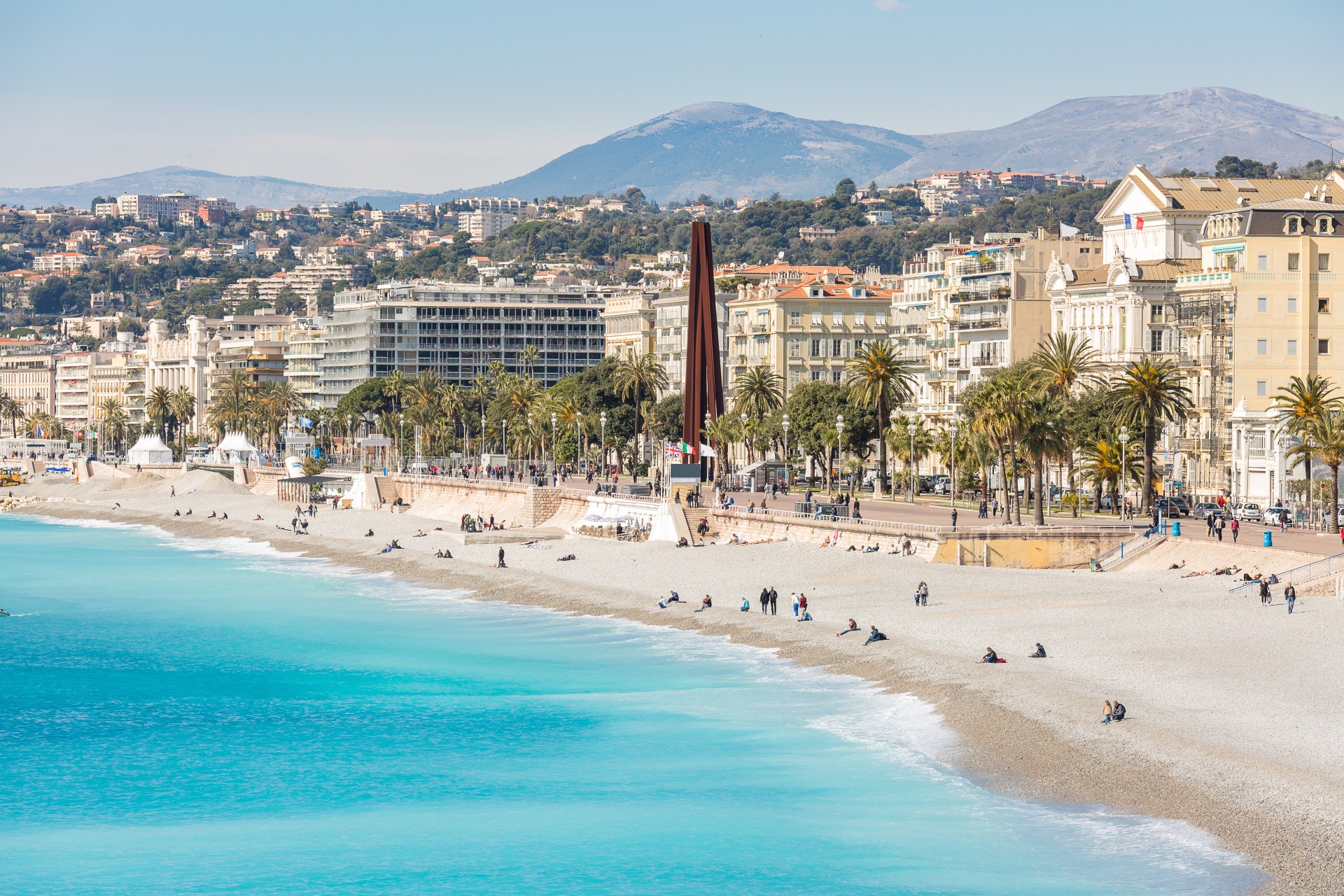 And of course, no 5-Star beachfront hotel would be complete without its very own private beach access. Directly across from the building you will discover the Hotel’s private Neptune Beach. Admittedly, access to the beach is not free. Although, several hotel packages include access as well as a free breakfast buffet. The beach does however offer a fantastic range of water-based activities, especially during the high-season. So you can bet that you’ll get your money’s worth.

Nice truly is a remarkable city. Hence why its so popular amongst tourists. If you’re fortunate enough to spend your holidays here, there’s a fantastic range of activities for you to enjoy. Our Nice Walking Tours are a particular favourite. It’s a great way to explore all the city’s best attractions, while also learning the fascinating stories behind them. So what are you waiting for?! Join us on the French Riviera today and enjoy your most memorable holiday yet!