What is the French Riviera?

What is the French Riviera, locally known as Côte d’Azur?

The French Riviera refers to the beautiful Mediterranean coastline which stretches along the southeast corner of France. Though having no official boundary, most people consider it to range from the Cassis commune in the west, all the way over to the town of Menton which lies upon the French-Italian border.

Also sometimes referred to as the Côte d’Azur, the French Riviera benefits from up to 330 days of annual sunshine, 115 kilometers of coastline, 18 golf courses, 14 ski resorts and 3,000 restaurants. So, wherever you go along the riviera, you can be sure that there’ll be plenty to do!

The Riviera always hosts fun and unmissable events throughout the year. For instance, why not come along to the Nice Carnival (the third largest Carnival in the world!). Or perhaps your interests may lie in the Rose and Jasmine Festivals which are held in the perfume capital of Grasse. Not for you? Then maybe the International Monte-Carlo Circus Festival might take your fancy. And if you’re looking to be taken back to the 1920’s, then the Jazz festivals of Nice and Jean-les-Pins are exactly what you need.

With its Mediterranean climate and the Alps’ shelter from harsh winds, you can be sure to be in the cool sunshine at any time of year. In the winter months, average daily temperatures lie at about 5.4 °C (41.7 °F). Whereas in summer month, average daily temperatures are set at 28.6 °C (83.5 °F). As for precipitation along the coast, the rainiest months are September-December. But even then, expected rainfall never usually exceeds 150ml (5.67 in).

French Riviera as a Tourist Destination

With an estimated population of over 2 million inhabitants, and an average annual tourist count of 4 million, the French Riviera is a thriving region. In fact, many know the southeast coast of France specifically for being home to some of the most popular beaches and destinations in the world.

Within the French Riviera lies the ancient and historical city of Nice. Not only is Nice the region’s largest city, it is also the second most visited place in all of France (the first of course being Paris). Nice has a rich and unique history that cannot be found in just any European city. Around 350 BC, Greek warriors founded a permanent settlement here. In honour of their success, they called the new city Nikaia after the goddess of victory Nike. If you visit Nice, you’ll notice many Greek landmarks still littered around the city. The main Massena Square for example is home to a glorious marble statue of the Greek God Apollo. Similarly, climb the stairs of the castle hill and you’ll find yourself walking upon 13 mosaic decorated steps summarizing Homer’s Odyssey. 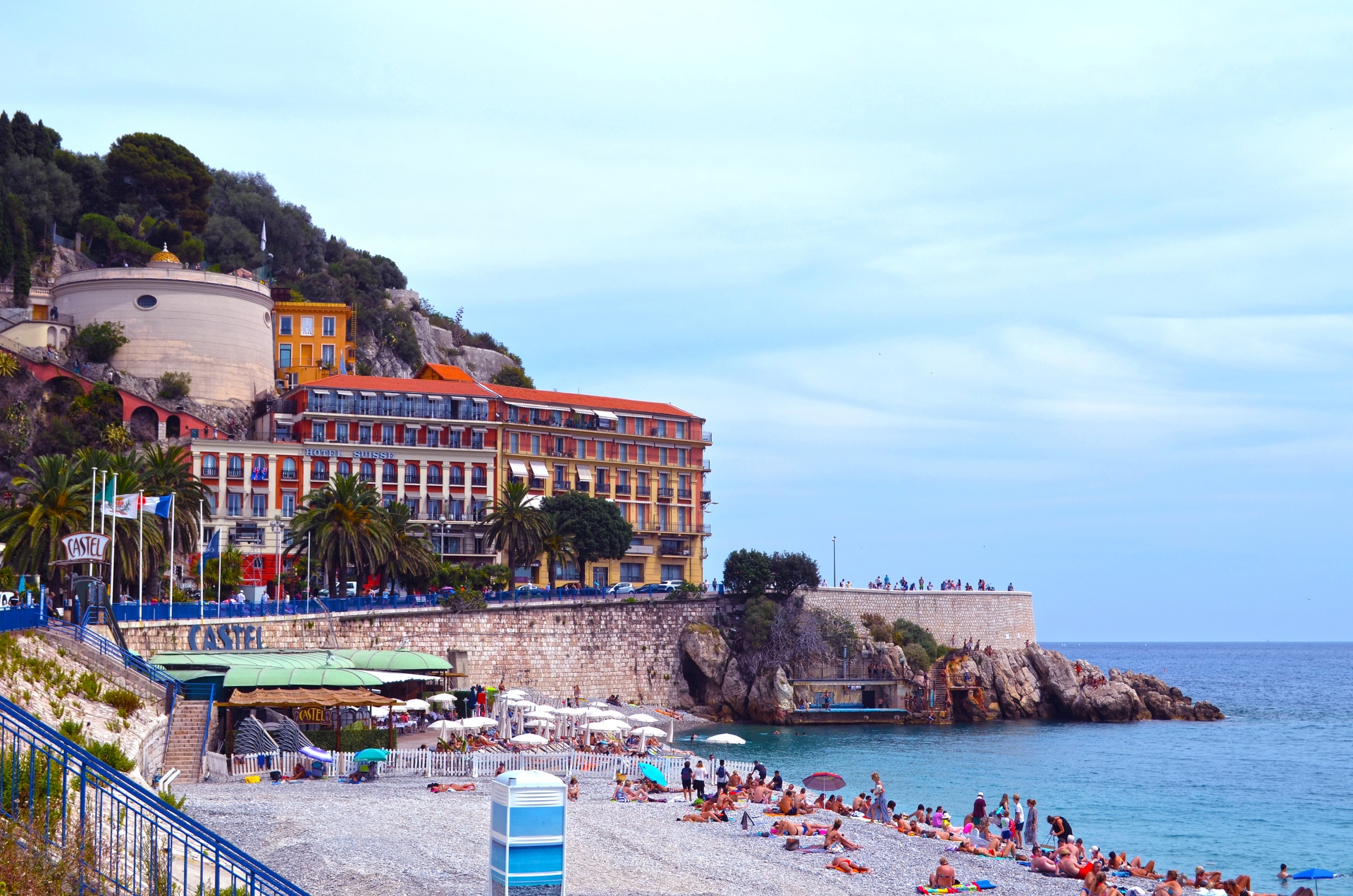 After the Greeks came the Romans,who settled in the Cimiez quarterr. Head up to the gorgeous Jardins de Cimiez and you’ll discover the ruins of a what was once an ancient Roman Colosseum, a still-operating monastery, and a gorgeous 500-year-old olive garden. Freely walk through the antique complex and immerse yourself in the city’s enriching ancestry.

Following the collapse of the Roman Empire, Nice still remained a part of Italy. That changed however in 1860. As a gift of sorts, the Italian Provence offered France the city of Nice for their help in the Second Italian War of Independence. Having changed hands from Italian to French rule, the city of Nice developed its own language. A mixture of both the French and Italian languages, Niçan was born. While Niçan is no longer commonly spoken in Nice today, you will notice that all street signs in the Old Town are in both French and Niçan. Discover Nice with a Private walking tour guide.

Also found along the French Riviera is the city of Cannes. Does the name sound familiar? Well I certainly hope it does. Cannes is home to only the most famous film festival in the entire world!  Every year, the red carpet is rolled down the steps of the Théâtre Lumière and Cannes becomes home to some of the most famous faces on our screens. 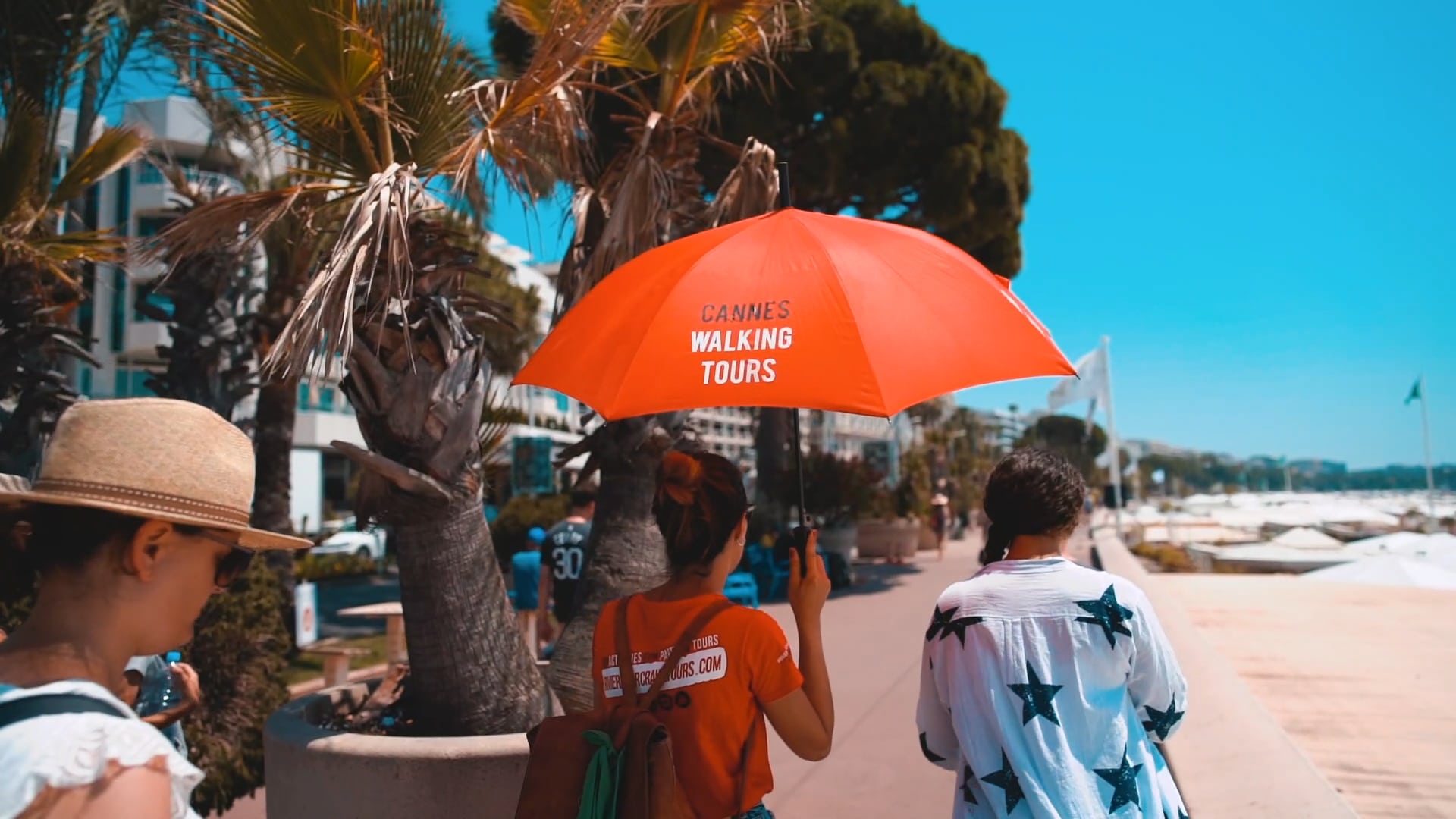 Up until the creation of the Cannes film festival, the Venice film festival was the biggest movie event in Europe. However, during the 1938 festival, intimidation from Hitler and Mussolini led judges to vote in favour of the Nazi Propaganda documentary. This led French director Philippe Erlanger to petition to create a free film festival, devoid of political pressure. After a number of setbacks and aborted initiatives, the Cannes film festival celebrated its first launch in September 1946. The winning film of the 1956 festival was the French film ‘Et Dieu… Créa La Femme’. Due to its international success, it actually led to Saint-Tropez becoming the major tourist destination it is today. 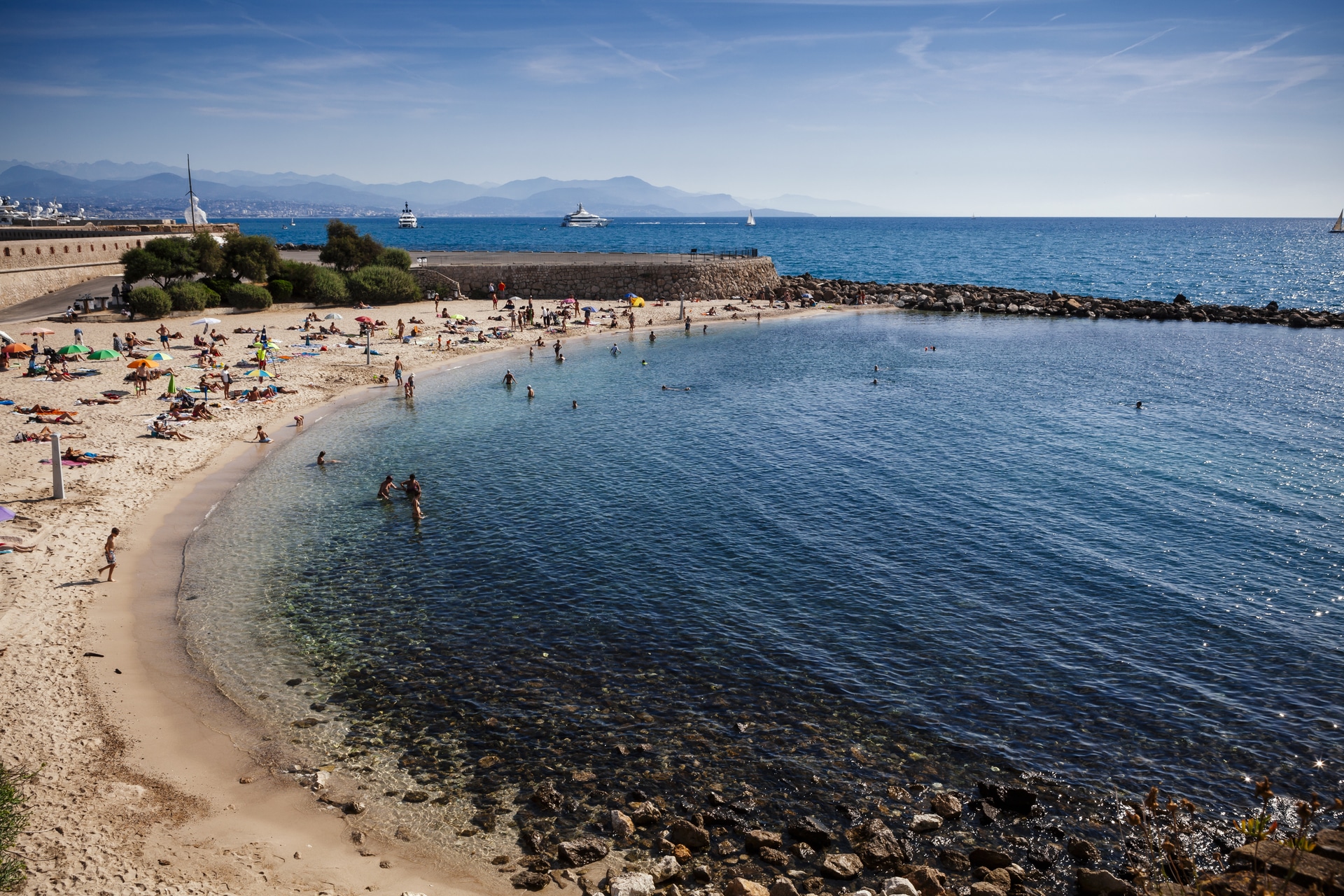 Perhaps if your interests lie in any kind of boating related activities, then the Côte d’Azur is an absolute must! The French Riviera’s many marinas have made it a major yachting and cruising area. What’s more, it is home to over 50% of the world’s superyacht fleet. While 90% of all superyachts have visited the region’s coast at least once in their lifetime. Antibes in particular, which is located between Nice and Cannes, has the largest marina in the Mediterranean Sea. Port Vauban is home to some of the most luxurious yachts in the world. Yachts owned by Russian oil businessman Roman Abramovich and Microsoft’s co-founder Paul Allen’s can often be found in the port. Perhaps if you visit you may even get to see them there for yourself! 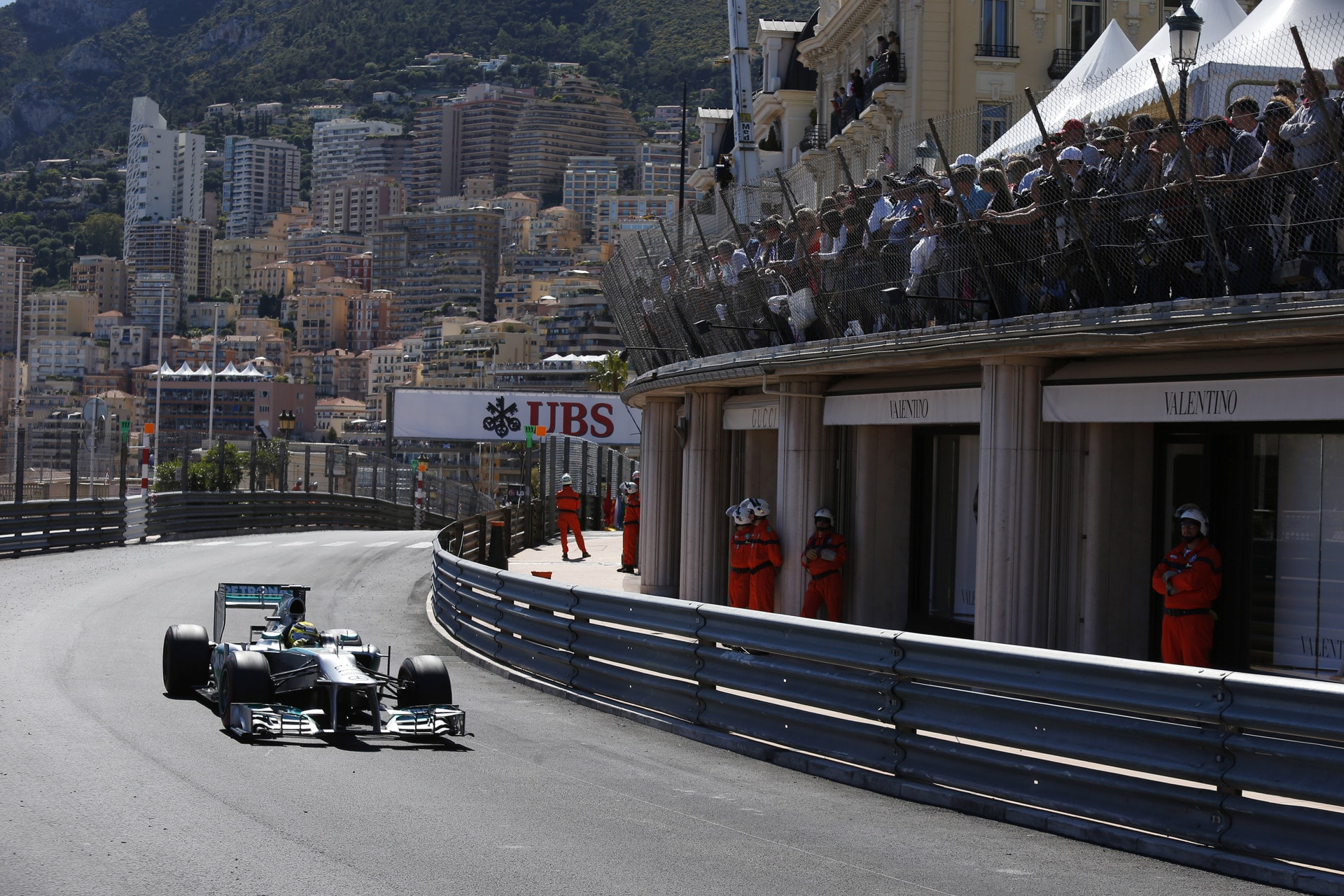 While technically being its own independent state, Monaco is one of the many areas included along the French Riviera. Today, Monaco stands as the second smallest country in the world after the Vatican State. Famously known for its Monte-Carlo Casino, Monaco is primarily a place for the wealthy. In fact, among its population of 40,000, one-third are millionaires. You may also know Monaco for its annual Gran Prix. Taking place every May, the Monaco Gran Prix is possibly the biggest Formula One motor race event in the world! A must see for tourists.

So, as you may have noticed by now, the French Riviera seems to be an area of great wealth here in France. But has it always been like this? Well as a matter of fact, yes it has. Originally, the riviera served as a winter resort for the British aristocracy who wished to escape their own miserable weather. Coincidentally, around the same time, the idea of climato-therapy (a change in climate) was being advertised as a cure to major diseases such as tuberculosis. With the combination of the two factors, the riviera became littered with British nobility. Hence where the notion of the ‘Promenade des Anglais’ came from.

Further down the line, the establishment of a railway provided access to the Riviera from the rest of Europe. Soon after its completion, Tsar Alexander II of Russia, Napoleon III and Leopold II visited the Côte d’Azur. It wasn’t long before Queen Victoria and Prince Edward VII also visited the coastline, and the two soon became frequent visitors. The coast also attracted its fair share of world-renowned painters. Henri Matisse and Pablo Picasso for example frequented the Nice and Antibes area. While Auguste Renoir settled in Cagnes-sur-Mur. For any art enthusiasts, art galleries dedicated to this painters can be found all along the Riviera.

So whether you’re searching for a beach holiday, a cultural holiday, or whatever it may be, you can be sure to find something along the French Riviera that will cater to your needs. Discover our French Riviera Tours and Experiences.