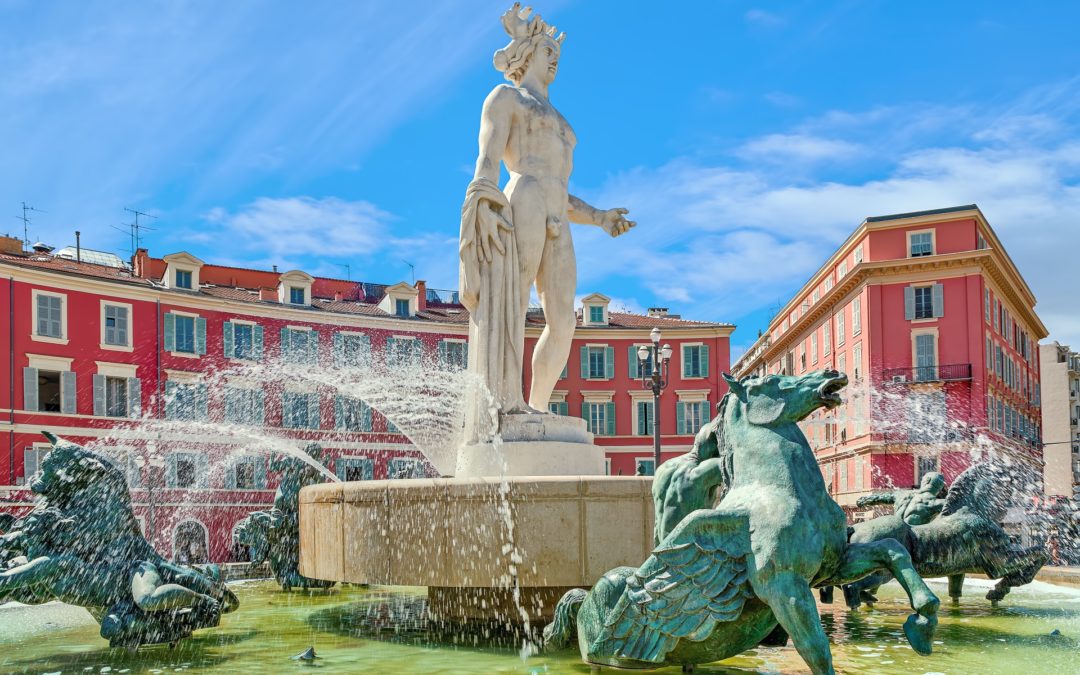 Located in the heart of Nice, you’ll find yourself standing in the city’s main square of Place Masséna. Now Place Masséna is full of interesting and quirky attractions. The 7 Buddhists sitting on tall stilts and the beautiful gardens of the Promenade de Paillon and the Jardin Albert 1er for example. But most notably, you’ll find Nice’s ‘Fontaine du Soleil’ or Sun Fountain. And standing proud in the centre of this fountain is our beloved Apollo Statue. But what is a statue dedicated to a Greek Deity doing in the middle of a French city? Well, there’s quite an interesting story behind that!

History of the Sun Fountain

Around the year 350 BC, Greek warriors were returning from a victorious battle in Marseille when they decided to establish a permanent settlement right here in Nice. Still celebrating their victory, the named the new city Nikaia, after the Greek Goddess of victory, Nike. I’m sure you’re all familiar with the sports brand by the similar name, right? Some time later, the Romans also founded a settlement in Nice which they called Cemenelum. Today, it is the Cimiez district, and is still home to the remains of a Roman archaeological site and Colosseum. As a tribute to this portion of Nice’s history, you will also find our dear Apollo surrounded by statues of the Roman Deities Earth, Mars, Mercury, Saturn and Venus. 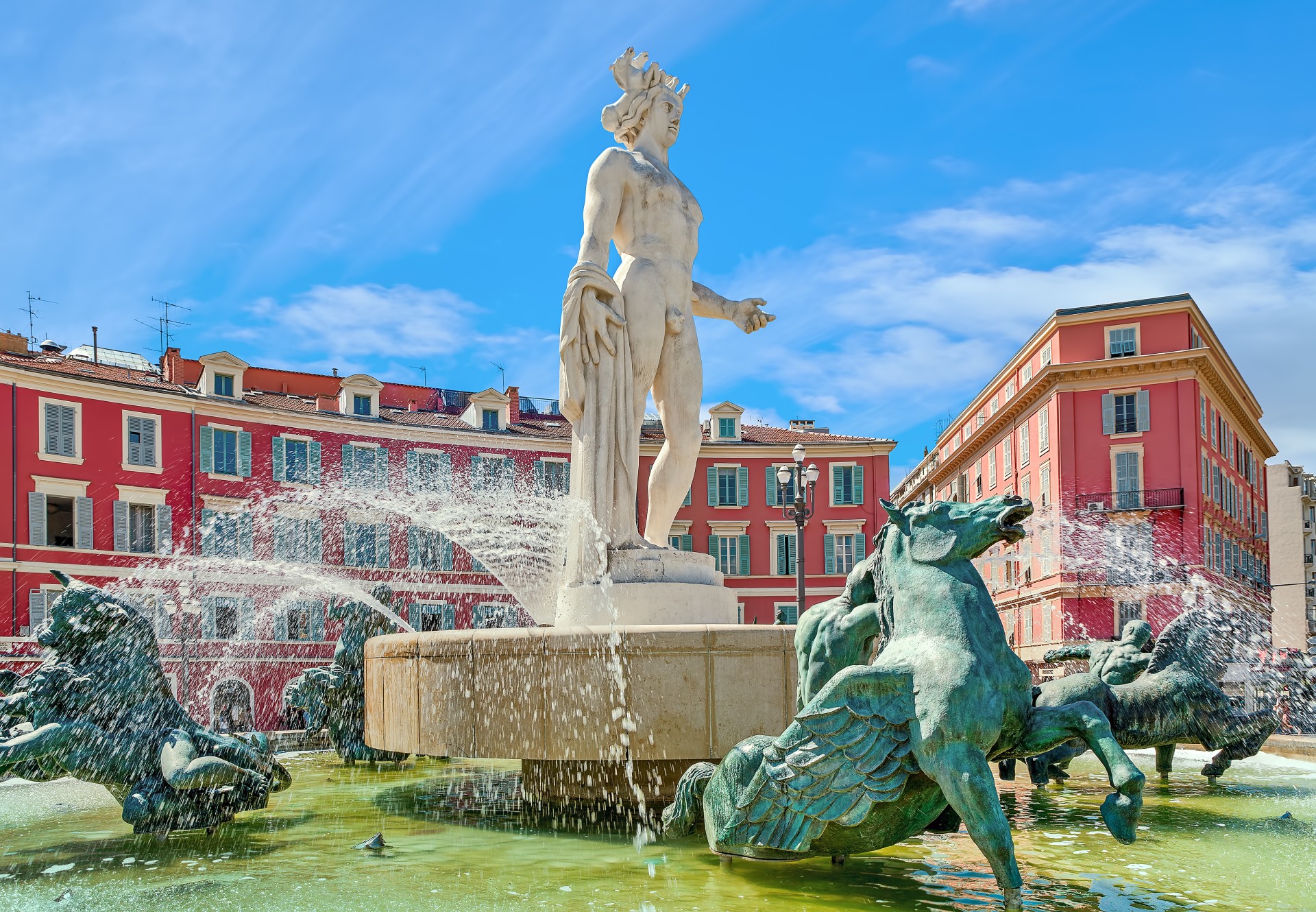 Despite the symbolic nature behind the beloved Fountain, it was rather controversial when it was first placed here in 1956. According to Greek mythology, it is Apollo’s job to carry the sun across the sky on his golden chariot, pulled by four horses. Represented by the crown of horses atop Apollo’s head. However, that same year, Renault came out with a rather popular new car called the Renault 4CV or ‘4 Horsepower’. The people of Nice took one look at the 4 horses perched on Apollo’s head and speculated that it may have been an advertisement for the car. This was the first problem.

The second issue was located a little further down the nude sculpture. Some of the more conservative women of Nice thought that his manhood was created too big. Others thought it was too small but there you go. And so the artist, in an attempt to appease the masses, did the unspeakable act of taking a chisel, and cutting his poor Apollo statue down to half size. Unfortunately, the people of Nice still weren’t happy, and petitioned to have to statue removed from the main square. And so, the Fountain was dismantled and banished to the outskirts of the city where it was left forgotten. Apollo in the Nice Sports Stadium and the Roman Deities in Nice’s Water Purification Plant.

Or so was the case until 2007. A local journalist came across the forgotten monuments and wrote about them in the local newspapers. The Niçoise people took an interest in the sculptures and by 2011, the Fontaine du Soleil was returned to its rightful place. And so, the Apollo Statue has stood right here for all our lovely locals and tourists to ogle at and enjoy (still only at half size though).

French Riviera for a week: the complete travel guide

French Riviera for a week: the complete travel guide
We use cookies to ensure that we give you the best experience on our website. If you continue to use this site we will assume that you are happy with it.Ok