Where is Monte-Carlo Located?

Nested in the Maritime Alps, on the French Riviera, there is a great small city-state, the Principality of Monaco. But there is another famous place: Monte-Carlo.

More than a rock, more than the jet-set and more than a tax haven, Monte Carlo, often misunderstood as a city such as Monaco, deserves to be discovered. A magnificent site synonymous throughout the world with flashy luxury and extreme extravagance. With an unparalleled panorama on the borders of France and Italy, among one of the most beautiful coasts in the world.

This city may be small, but there are many things to see. First, many know of Monaco for its Formula 1 Grand Prix circuit which passes in the heart of Monte Carlo. This city is also known for its vast Casino, set of Hollywood movies, beaches, and fashion shows, as well as yachts and luxury cars everywhere. But Monaco is also a centre of importance and wealth.

What is Monte Carlo?

Monte Carlo is the princely district of Monaco. It owes its name to Prince Charles III, who saved the municipality from bankruptcy. At the time of economical strife in 1865, he built the Casino. Today, it still stands in the square that embellishes Monte Carlo and its skyscrapers, grand hotels, and luxurious restaurants. All of which overlook the Mediterranean sea. It also has many monuments and fantastic sites to discover.

What to do in Monaco and Monte Carlo?

The Principality of Monaco is one of the most beautiful and vibrant cities of the Côte d’Azur. Welcoming a population from all over the world, it still maintains a strong Monegasque identity. A town of history to discover without delay!

The Prince Palace of Monaco :

The Palazzo dei Principi is the official residence of the Prince of Monaco. Built on the ruins of a Genoese fortress, it has belonged to the Grimaldi family since 1297. There is a legend that the Guelph leader, Francisco Grimaldi, entered the palace, disguised as a monk and accompanied by his cousin Rainier I Grimaldi, and he took it.

The Palais Princier de Monaco is located in the heart of Monaco. The panorama from this place is splendid on the sea and the marina with all these yachts. You should know that the visit to the palace and its apartments are possible only in summer. The palace has many pieces that deserve to be selected: 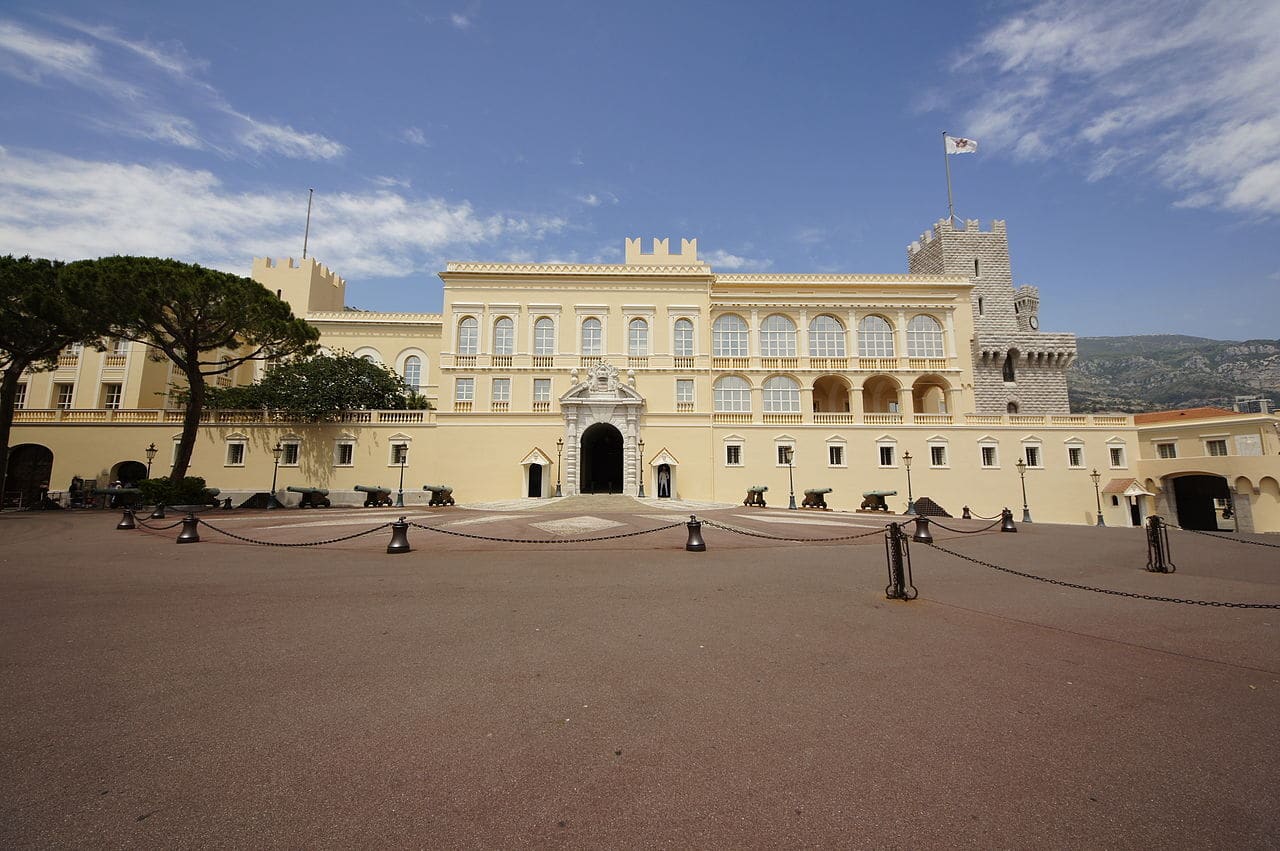 An excellent way to appreciate the colorful pedestrian areas of the city is to walk around Old Monaco. The old town is located at the top of the same hill on which the princely palace is built.

It is a very well-maintained neighborhood, rich in history, with fascinating monuments, appreciated by tourists for its narrow streets, its shops and bakeries with colorful and attractive shops and for its many places and historic buildings to visit.

We recommend you to visit the main monuments of Old Monaco:

Not far from the Condamine, there is the Place du Port Hercule, where cruise ships are reaching the City. This area of Monte Carlo is also home to many bars, restaurants, and shops.

Nearby is the Moneghetti district with its historic villas, large green areas, and children’s playgrounds. It is an ideal opportunity to learn more about the traditions of the inhabitants and to listen to the Monegasque, a dialect very similar to the language spoken in Liguria, only a few kilometers away.

The Oceanographic Museum of Monaco

The Oceanographic Museum on avenue Saint-Martin, not far from the princely palace, has been delighting adults and children alike since 1910, as well as proving that this little corner of Europe is not just populated with luxury cars and tax fraud candidates.

This museum offers visitors its 6,500 square meters where they can observe more than 6,000 species of marine life, such as sharks, turtles, fish from the Mediterranean, tropical fish, a coral reef that has reached to flourish in these waters since 1989.

Besides the aquarium, you can also admire the collection of objects and instruments that illustrate the birth of oceanography. 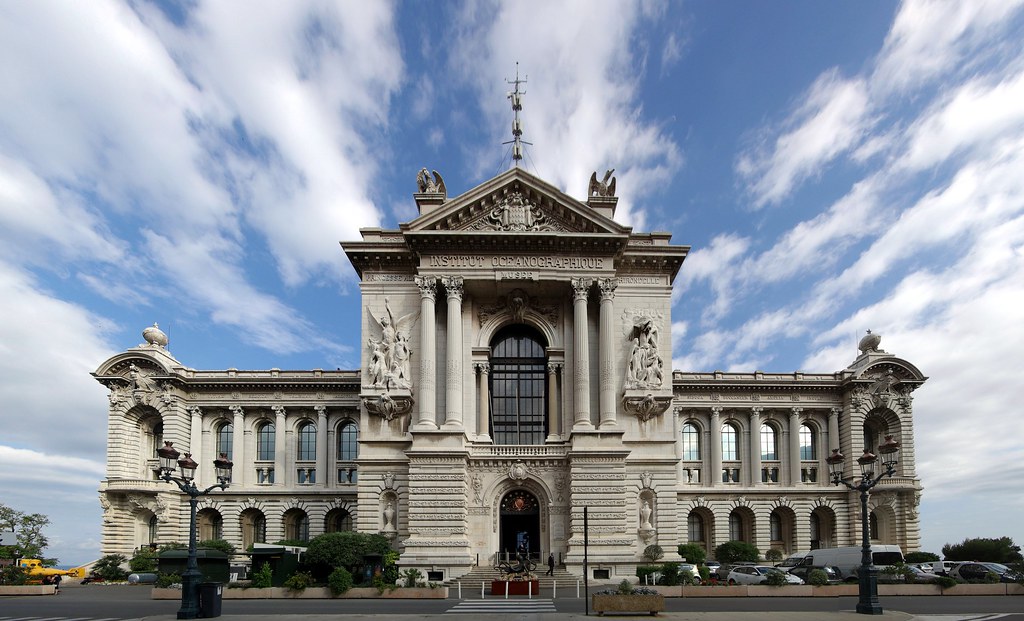 The Casino of Monte-Carlo is the elitist symbol of the principality. It is located on the square of the same name that decorates a beautiful fountain and is characterized by a fleet of luxury cars.

It’s a part of the architectural complex, which also includes the Grand Theater, just behind him. You will also see the gallery of Allées Lumières, a shopping center that offers trendy clothing very distinguished.

The Casino was designed by the architect who designed the Paris Opera ” Charles Ganier. Gold and marble adorn the interiors, decorated with frescoes and sculptures. The Casino has been the scene of many films, among which we can mention some James Bond movies such as “Never Say Never” and “Golden Eye,” or the famous “Ocean’s Twelve” with Brad Pitt and George Clooney, and more.

The Grand Theater of Monte Carlo

The Grand Théâtre de Monte-Carlo is one of the most luxurious places there is. Notable world premieres were given. Today it is a ballet and concert theater of the Philharmonic Orchestra. This theater has always welcomed the protagonists of the world scene.

The Cathedral of Our Lady of the Immaculate Conception 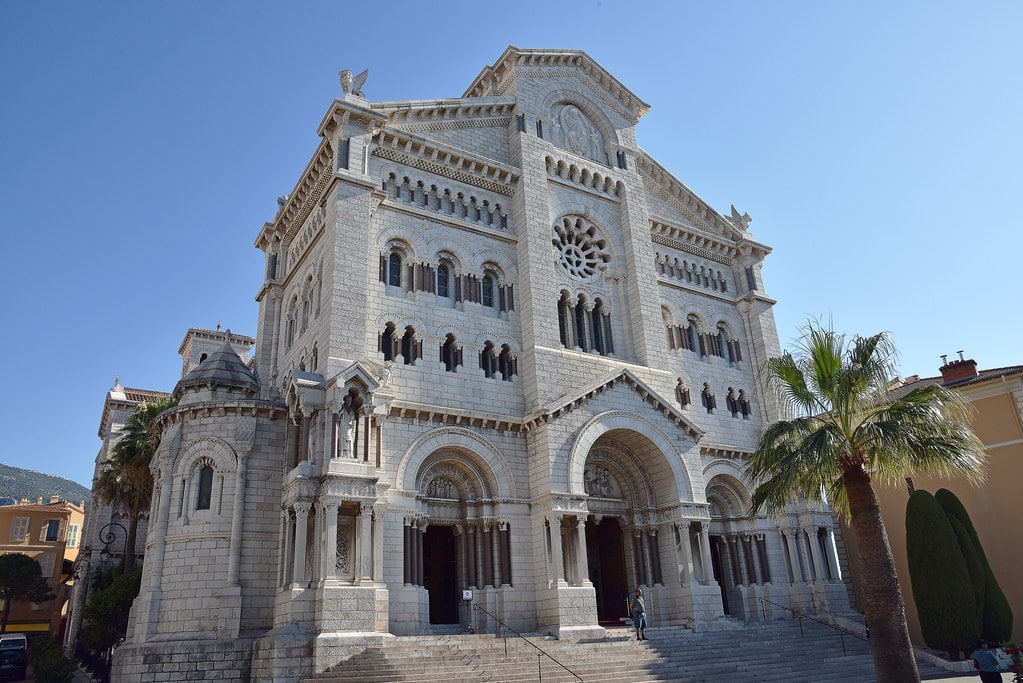 The Cathedral of Our Lady of the Immaculate Conception is located in the center of Monaco; it is the most famous place of worship of the city. The cathedral is built in white marble in a neo-romantic style; it stands on the ruins of a church built in 1252 in honor of St. Nicholas. It was consecrated in 1911.

Inside the cathedral, you can also admire the burials of the Princes of Monaco, including Rainier III and his wife, Princess Grace Kelly.

The exotic garden of Monaco

The exotic garden of Monaco was inaugurated in 1933. It presents a large variety of plants which, because of their various origins, give flowers all year round. You can admire several types of agaves and cacti from all around the world.

The exotic garden is located five minutes’ walk from the center of Monaco. Accompanied by expert cavers, you can also visit the limestone cave located one hundred meters below sea level.

Visitors to the new Monaco National Museum will discover the foundations of contemporary art. A series of exhibitions, permanent collections, and events present the cultural heritage of the Principality of Monaco.

The museum has two main sites: Villa Sauber and Villa Paloma. These are two historic villas bought by the government and turned into museums.

The most essential “jewel of the crown” of the new national museum is its collection of automatons, mechanical toys, and dolls from the 18th to the 19th centuries.

These fantastic toys made of wood and porcelain will make your visit to the museum a real adventure. Once a day, the museum’s employees trace the mechanisms of automatons and toys and bring them back to life, so to speak: they play music, sigh, read books, have tea.

If you want to go to admire the yachts during your stay in Monaco, then go to Port Hercule. Located below the Monte-Carlo district, at the foot of the Rock, the main port of the city is the docking place for luxury cruise ships and yachts.

Each year, the quays of Port Hercule also hosts the carnival of Monaco, which is usually held between October and November. If you have decided to visit Monaco during the holidays of All Saints, it’s a good idea to go out with your family. The fair then gives way to the Christmas village of Monaco.  You will find the traditional Christmas market but also a large outdoor ice rink, rides, Ferris wheel, and shows.

In Monte Carlo, you will also find:

The Principality of Monaco is influenced by the two most famous kitchens in the world, the French and the Italian. But Monte Carlo remains an exceptional place: here, the dishes are prepared only with the finest ingredients. Here you will also find excellent restaurants where the service is excellent and the prices astronomical.

Among the most famous dishes of Monte-Carlo, here are the most popular ones:

In Monte Carlo, you will end your meal in general with a fougasse (sweet rolls flavored with orange and anise, covered with almonds, powdered sugar, and pine nuts). Anise liquor is very famous in Monte Carlo.

Find out more about some of the best food tours in Monaco and discover the city of Monaco and Monte Carlo while meeting real food enthusiasts along with some exciting stops around the city-state best establishments.

To discover the neighborhood of Monte Carlo and the Rock, you can also choose a guided tour. Having a local private tour guide is the best way to get the best of the Principality of Monaco and Monte Carlo, and you are sure that you will not miss any of the best sites and things to do in Monte Carlo.

You can also opt for a minibus pickup directly in front of your hotel in Monaco, and you will be accompanied your private guide for a well-designed or 100% custom tour. The best guides, such as with Riviera Bar Crawl & Tours, are just super friendly and know the city on the fingertips!