Where is Cannes located?

Cannes may not be a particularly large city, but that by no means suggests that it’s not known all around the world. When you think of the city, your mind may be drawn to the Famous Cannes Film Festival. And if not that, then perhaps to the gorgeous white sandy beaches of La Croisette. Either way, the city is certainly not a spot to miss out on if you’re searching for the perfect holiday destination! But with this comes the big question: Where is Cannes located in France? Well lucky for you we’re right here to tell you. 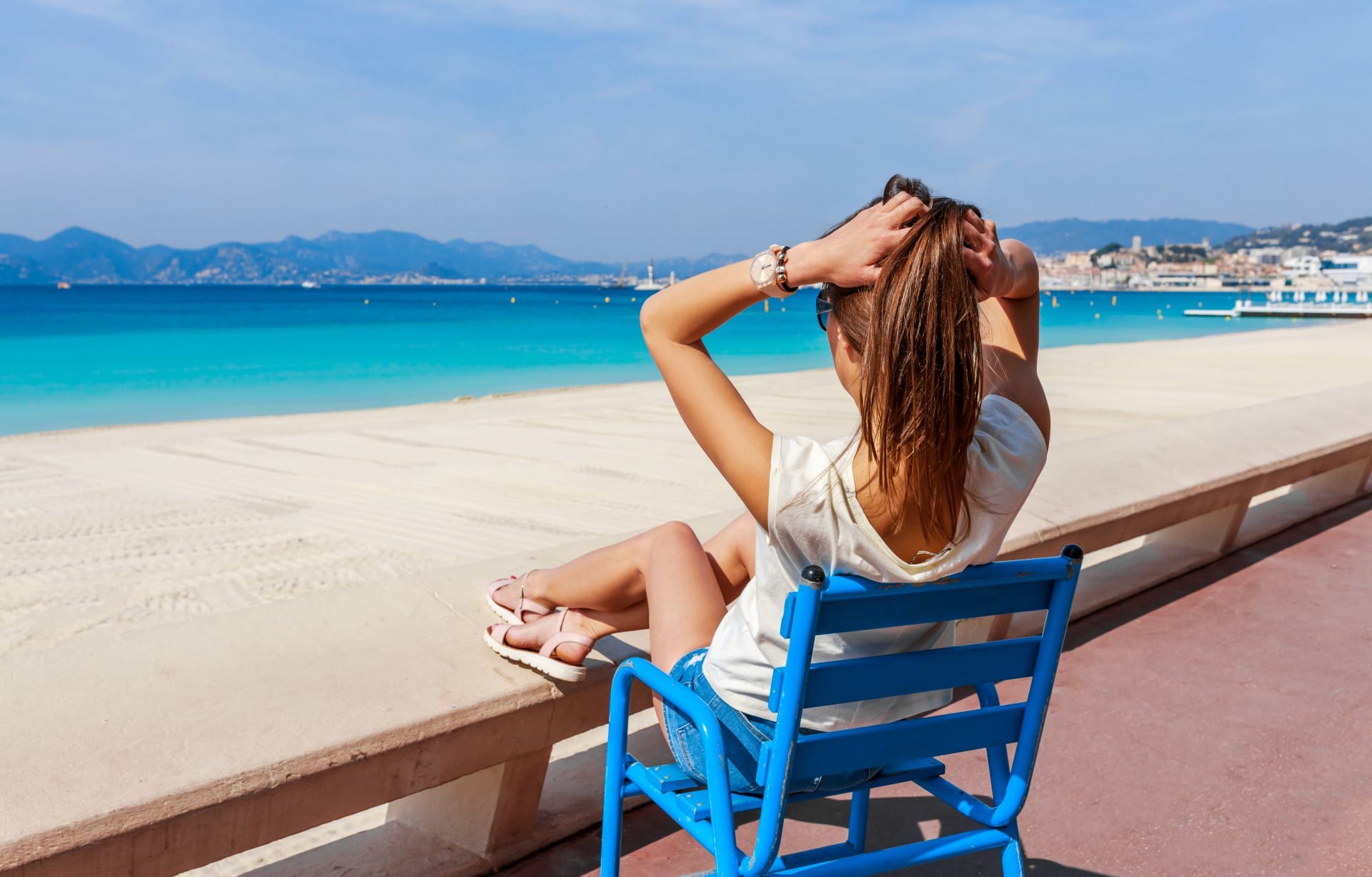 Cannes is one of many beautiful destinations found along the French Riviera. Located on the South-East coast of France, the region is quite a popular spot, attracting over 10 million tourists annually. Which is no surprise considering the Provence-Alpes-Côte d’Azur benefits from 330 days of annual sunshine and 115 kilometres of coastline and Mediterranean Sea.

Contrary to the glitz and the glam atmosphere it had today, Cannes was once no more than just a feeble fishing village. Kind of hard to imagine when you think of the city today right? Well originally, Cannes was consisted solely of the Old Town of Le Suquet. The city has of course long since expanded from there.

Despite being a playground for the rich and famous, Cannes also has rather fascinating historical roots. Come and discover how two monks created a settlement here for their fellow brothers. Or how invading pirates devastated the city. Or even how the world-renowned Cannes Film Festival even came to be in the first place. And what better way to learn about these fantastic tales than by joining on one of our Walking Tours. Follow our local and experienced guides as they take you on a journey through time.

What Can You Discover? 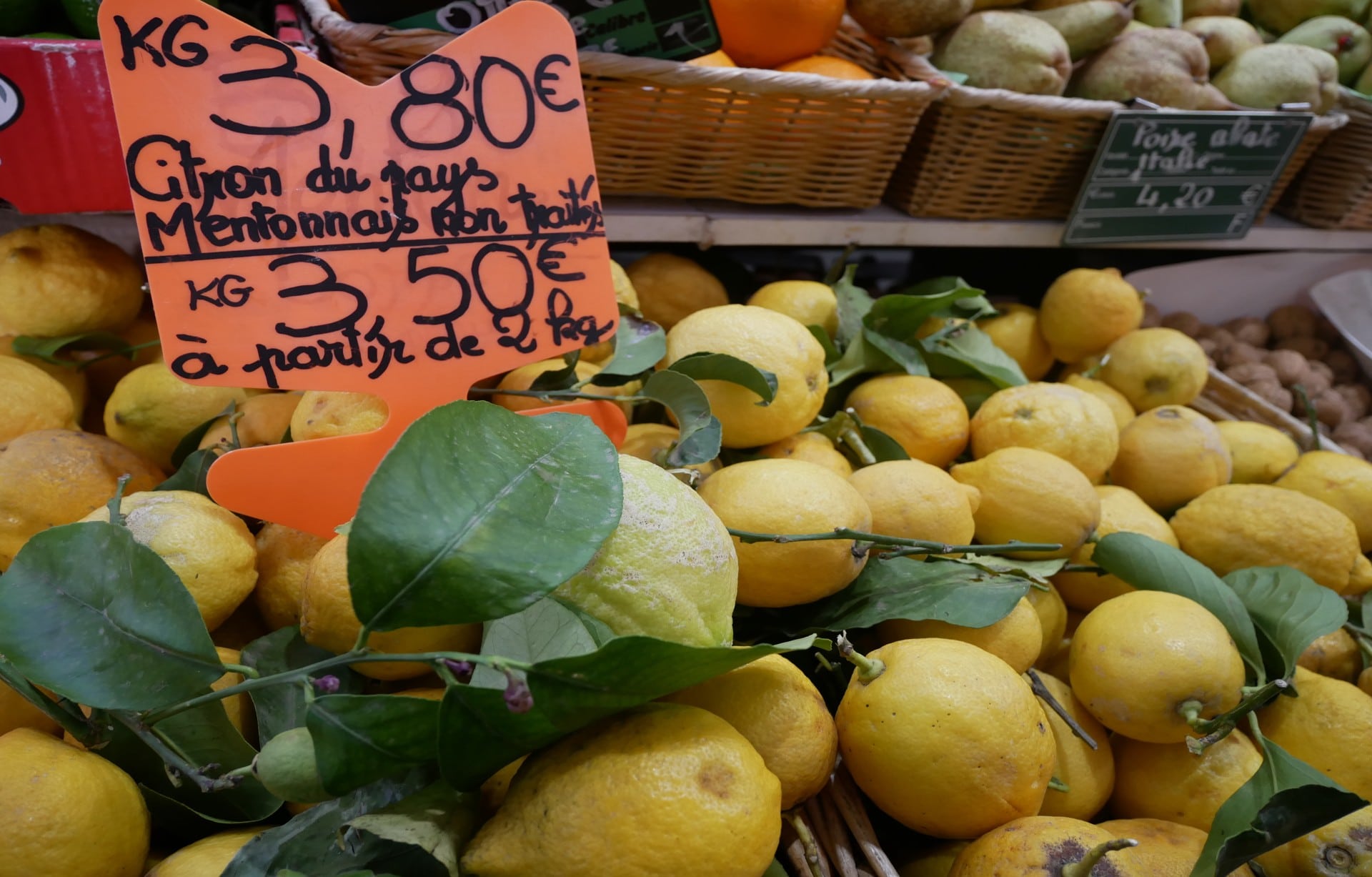 The Marché Forville is the local market here in Cannes. Open every day, the market runs from 7 a.m. to 1 p.m. From Tuesday to Sunday, the market sells local produce. You’ll find a fantastic selection of fresh fish, fruits, vegetables flowers and even some delicious local specialties. We highly recommend trying out the Socca or Pissaladière. On Mondays however, the Marché Forville serves as a vibrant flea market. Definitely something worth checking out!

Le Suquet is the oldest district here in Cannes and is one of many parts of the city’s Old Town area. The 500-year old cobblestone streets are wonderfully enchanting! You’ll feel like you’ve taken a step through time. This quarter is also one of the highest points in the city. ‘Le Suquet’ translating to ‘The Summit’ in English.

The Note Dame d’Esperance is the most important church in Cannes. The Gothic style architecture and the 17th century Madonna that sits above the alter are absolutely breath-taking. Truly capturing the old charm that Cannes is known for having.

The Old Port of Cannes 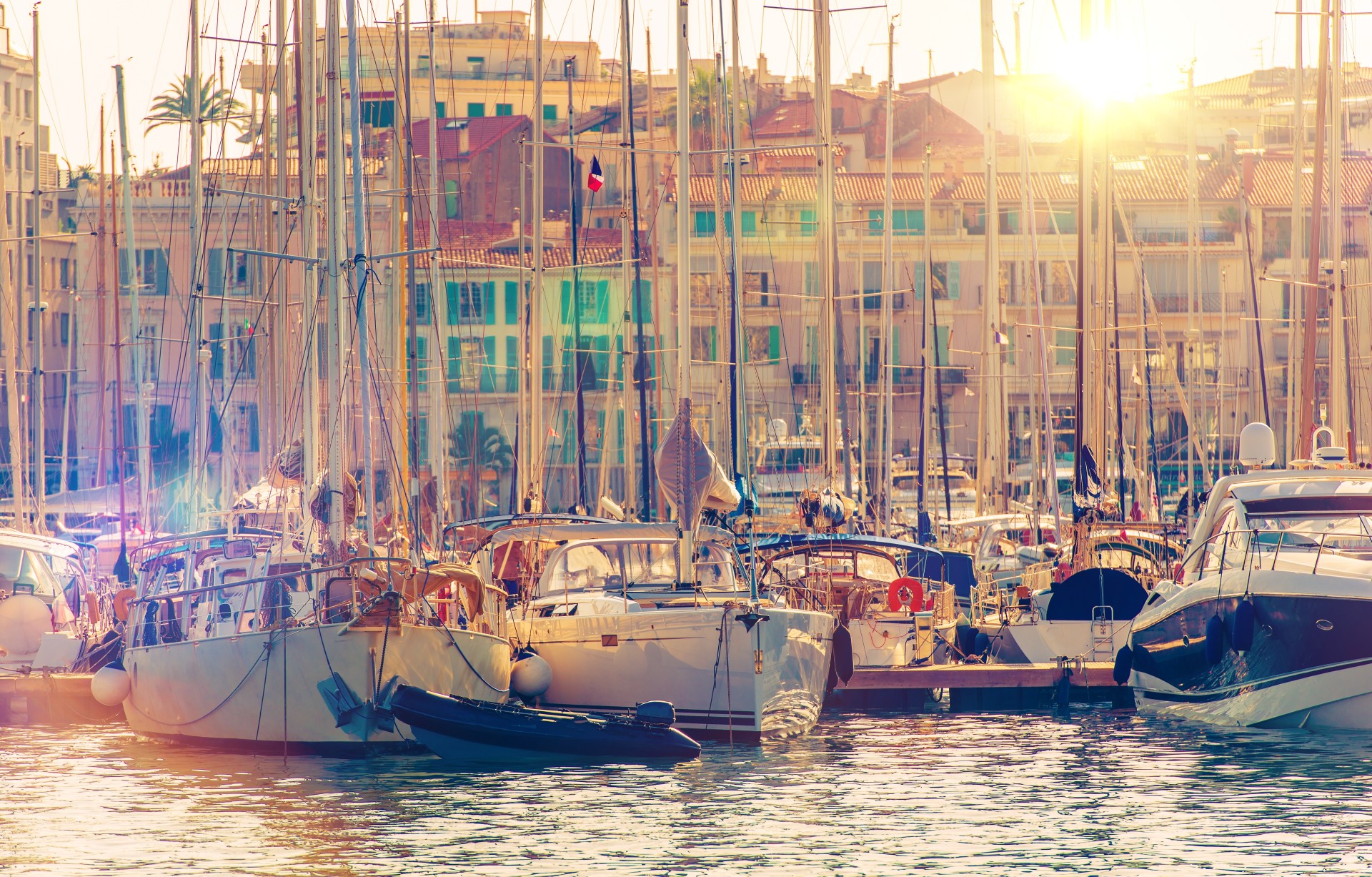 The Old Port of Cannes has attracted some of the most famous yachts from all over the world. But that’s not to say that the port isn’t also home to its quaint little fishing boats. Taking a walk along the portside is always a great way to wind down and relax, taking in the sunshine and soft Mediterranean breeze.

It may not be the famous Promenade des Anglais of Nice, but Cannes has its very own beautiful walkway for tourists to enjoy. Stretching 2 kilometres along the Mediterranean, it’s the perfect place to take a leisurely stroll and enjoy the sunshine.

The Malmaison Museum is an absolute must-see for any art enthusiasts. Located on the Boulevard de la Croisette, it is dedicated to artists from the 20th and 21st century.

The islands of Île Sainte-Marguerite and the Île Saint-Honorat lie just a 15-minute boat ride off the coast of Cannes. Île Saint-Honorat, the smaller of the two isalnds, is solely inhabited by monks. Tourists are welcome to visit the island and admire some of the ancient medieval ruins and churches that are still there. Île Sainte-Marguerite is famous for a particular ghost story associated with the island. The tale of the Man in the Iron Mask who’s spirit supposedly haunts the prison cells where he died. 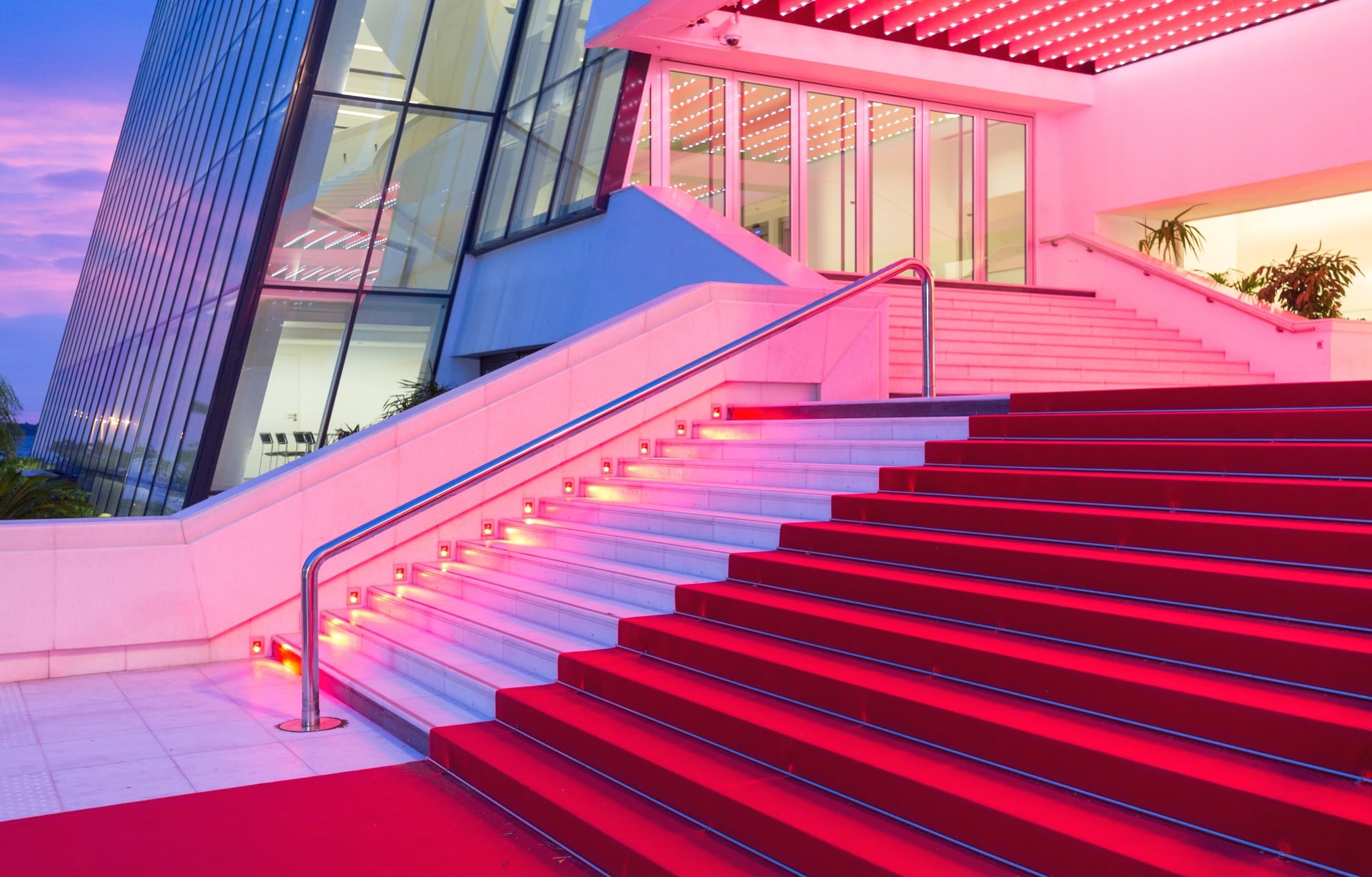 The prestigious Cannes Film Festival is held right here on the French Riviera every May. It feels like it’s been around forever. But would you believe that the Cannes Film Festival was only created in 1939? And that the reason for its creation has to do with Nazi propaganda and interference? Fascinating, right?! But I won’t spoil the details of this little story, I’ll save that for the guides to tell you during your tour. And if you’re in luck, you may even get to see the red carpet rolled down the steps of the Palais de Festivals. Walk where some of the biggest name on TV have walked and even capture that perfect Instagram selfie to make everyone back home jealous!

Speaking about the famous names and faces on our television screens, we can’t forget to mention Le Chemin des Etoiles. For anyone who hasn’t heard of it, this right here is our celebrity Wall of Fame. Or ‘footpath of fame’ if you want to be more specific. A collection of handprints from all our favourite entertainers. You might even see the prints of your idol!

Experience the best of Cannes has to offer with a Local guide. Book your private tour of Cannes

Some other Helpful articles:

What to do in Saint-Tropez?