Few cities around the world have an architectural diversity and unity such as Paris. And we are talking of incredible monuments, unforgettable visits, and amazing architecture. There is no need to be Parisian to say that. Even if it is not perfect, Paris is simply a beautiful city. With more than 200 monuments, the continuous stream of tourists, who come to admire these landmarks is a concrete proof! Paris is a city rich in historical monuments of all kinds, from the most emblematic to the most discreet. So, needless to say, Paris sightseeing is a must!

Sightseeing and monuments of Paris

Paris monuments contribute to the reputation of the French capital and are among the most visited in the world. Discover, or rediscover, the main monuments, their stories, their constructions, and their specificities.

In Paris, you’re spoiled for choice with world-famous commemorative monuments such as the Arc de Triomphe and the  Pantheon. Religious buildings with the Notre Dame cathedral and the Sacré-Coeur Basilica. Official buildings with the Hôtel de Ville, the National Assembly. Or even some famous bridges such as Pont Neuf or the Alexander III bridge. And finally, we can’t forget the one that serves as the symbol of France and attracts millions of tourists every year: the Eiffel Tower.

The Iron Lady, with about seven million visitors per year, is the attractions you cannot miss when in Paris. Inaugurated in 1889 by Gustave Eiffel, on the occasion of the Universal Exhibition, it was to be only a temporary installation. After the exhibition, the Champ-de-Mars residents have even petitioned for its destruction. More than a century later, she defies her detractors from her height of 279 meters. In fact, it is the tallest building in France to this day. 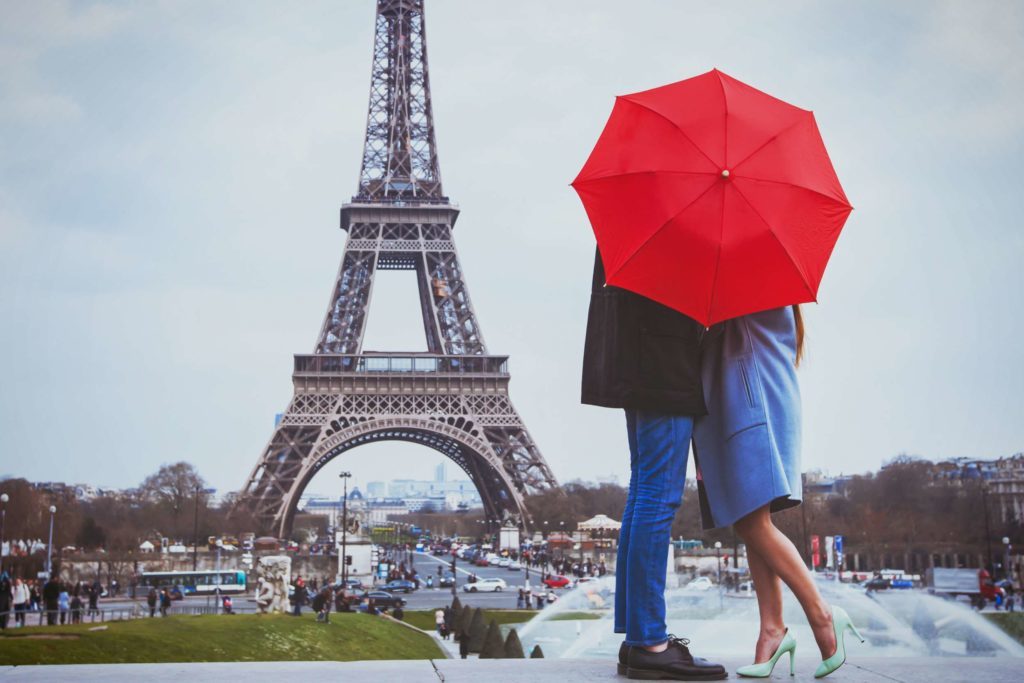 Located in the centre of Paris, on Place del ‘Etoile, it is the epicentre of the endless urban guerrilla warfare between car drivers and two-wheelers. The Arc de Triomphe is initially a historic high-rise building. Its construction was decided by Napoleon the 1st  in 1806, to be completed 30 years later under the reign of King Louis Philippe. The grave of the unknown soldier of the First World War lies at his feet, as well as the eternal flame, rekindled every night by groups of veterans. 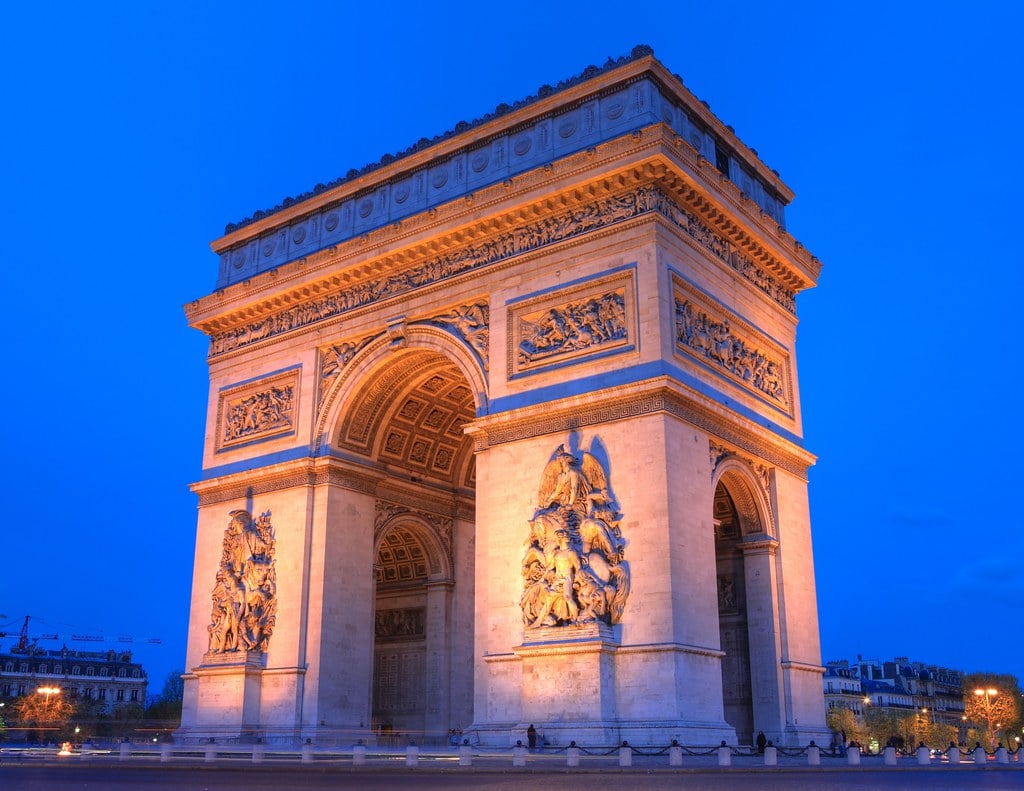 The National Center for Art and Culture Georges Pompidou

Beaubourg, as the Parisian will call it, is located in Paris 4th arrondissement. Such as the Louvre, we are always happy to see the latest exhibitions in this fantastic place. When the museum came out of the ground in 1977, under the impulse of the former president Georges Pompidou, so keen on contemporary art, it was a great showcase of French culture and arts.

In 2018, the largest museum of art and antiques in the world welcomed no less than 8 million visitors. It was inaugurated in 1793 in the Louvre Palace, under the name of the Central Museum of the Arts of the Republic.

Let’s talk about the numbers. The Louvre is 72.000 sqm of exhibition space and over 550.000 pieces of artworks, but only 35,000 are exhibited. Present in many cultural works, from literature and cinema with the Da Vinci Code, to the video game Tomb Raider, the Louvre Museum is am an iconic monument in Paris, that cannot be visited in one go. 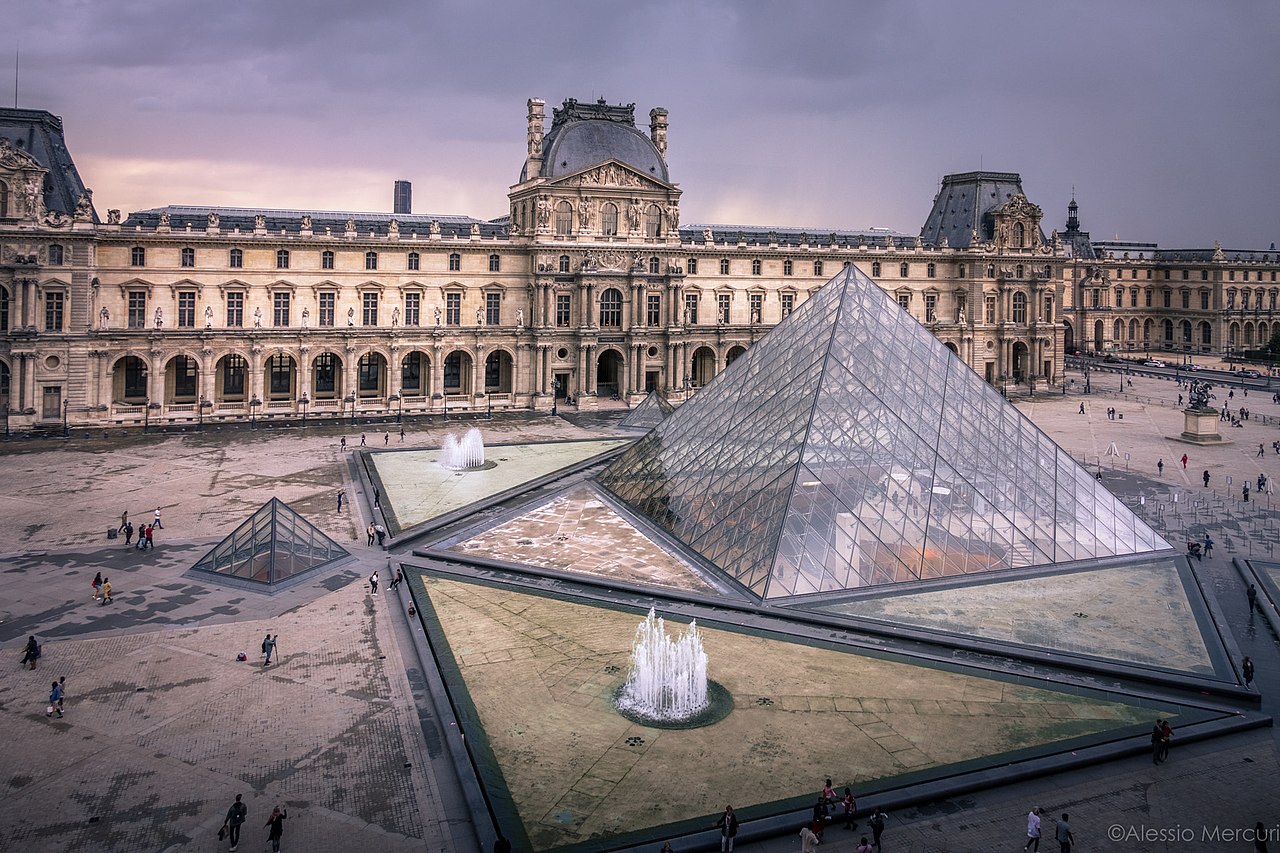 One of the newest buildings on our list of monuments in Paris, this national museum was inaugurated in 1786 in the 7th arrondissement under the old Orsay train station. Here, you can admire the best collections of Western art and pre-World War I (1848-1914), with paintings, sculptures, graphic arts, photos, and more. The specificity of the Musée d’Orsay, in addition to being one of the largest in Europe, is its huge collection of Impressionist and Post-Impressionist paintings. The largest in the world, with nearly 1.100 paintings exposed, and more than 3.450 in total.

People who read this article also read  Where to go in Paris bars?

The Science and Industry museum

Located in the 19th arrondissement, this is a captivating museum for children and adults. We are all kids again as soon as we pass the door of the “Musee des Sciences”.  We want to touch everything, we want to try all the facilities, and we keep looking everywhere around like a kid in a candy shop. And that’s good because it’s done for it.

Created in 1986, in the Parc de la Villette, the City of Science and Industry aims to spread the technical and scientific culture to as many people as possible. All year round you can join exhibitions, workshops, and conferences. This is one of the best museums in Paris, and you should visit it without moderation.

This park and botanical garden, in the 5th arrondissement, located not far from the Mosque of Paris (make a tour there if you have the opportunity), was built under the Old Regime. Nicolas Houël, apothecary, herbalist and pharmacist of the king, was already giving courses in herbalism there. In short, there are, in addition to the garden spaces, a menagerie, greenhouses, as well as scientific exhibitions. 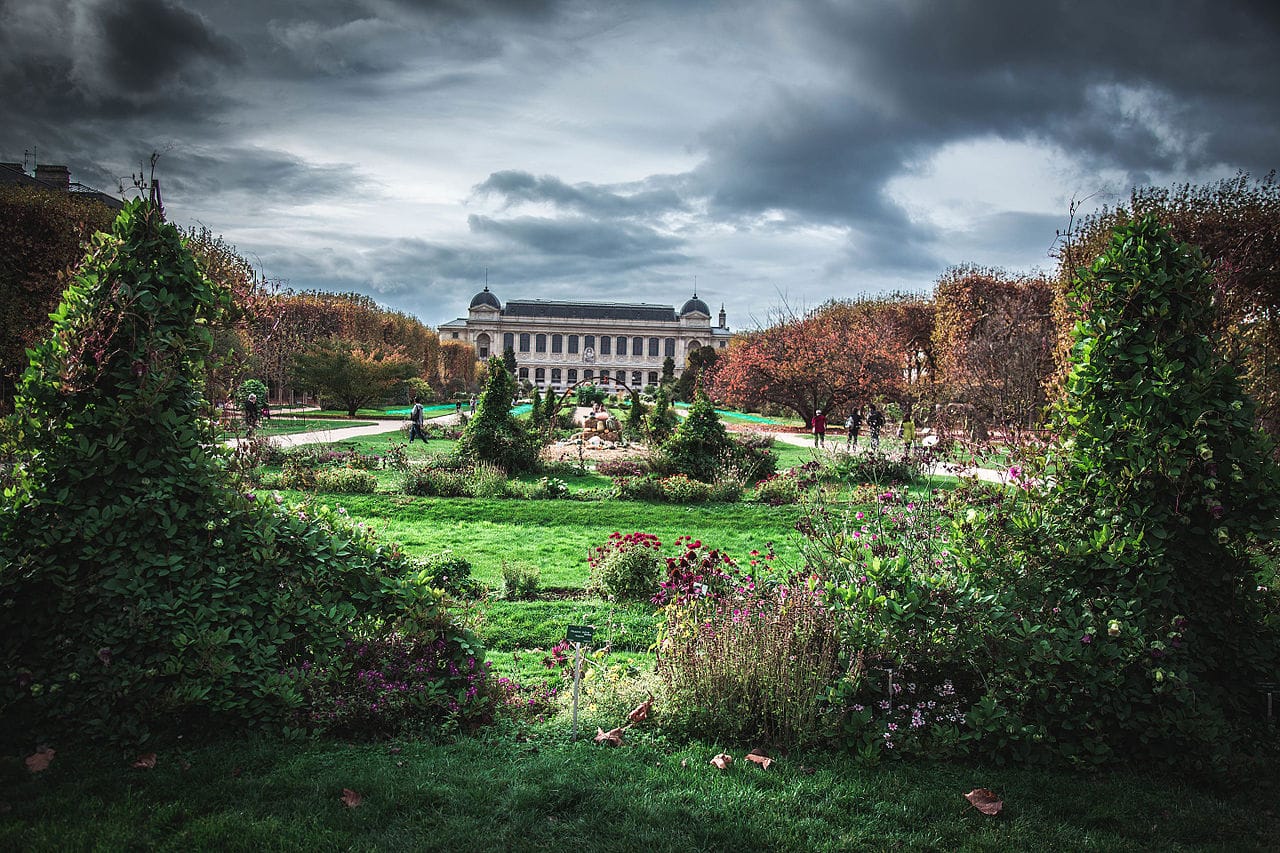 Located on the Ile de la Cité, in the 4th arrondissement, the cathedral was built over two centuries. Which explains its mix of different architectural styles. Its success is explained by the many French kings who were celebrated and crowned between its walls. And obviously, we can’t forget to talk about the fact that it was the centre point of the novel written by Victor Hugo.

The huge fire that took place earlier this year will remain a huge impact on the whole Parisian monuments, but the whole country is pushing to restore its past glory. 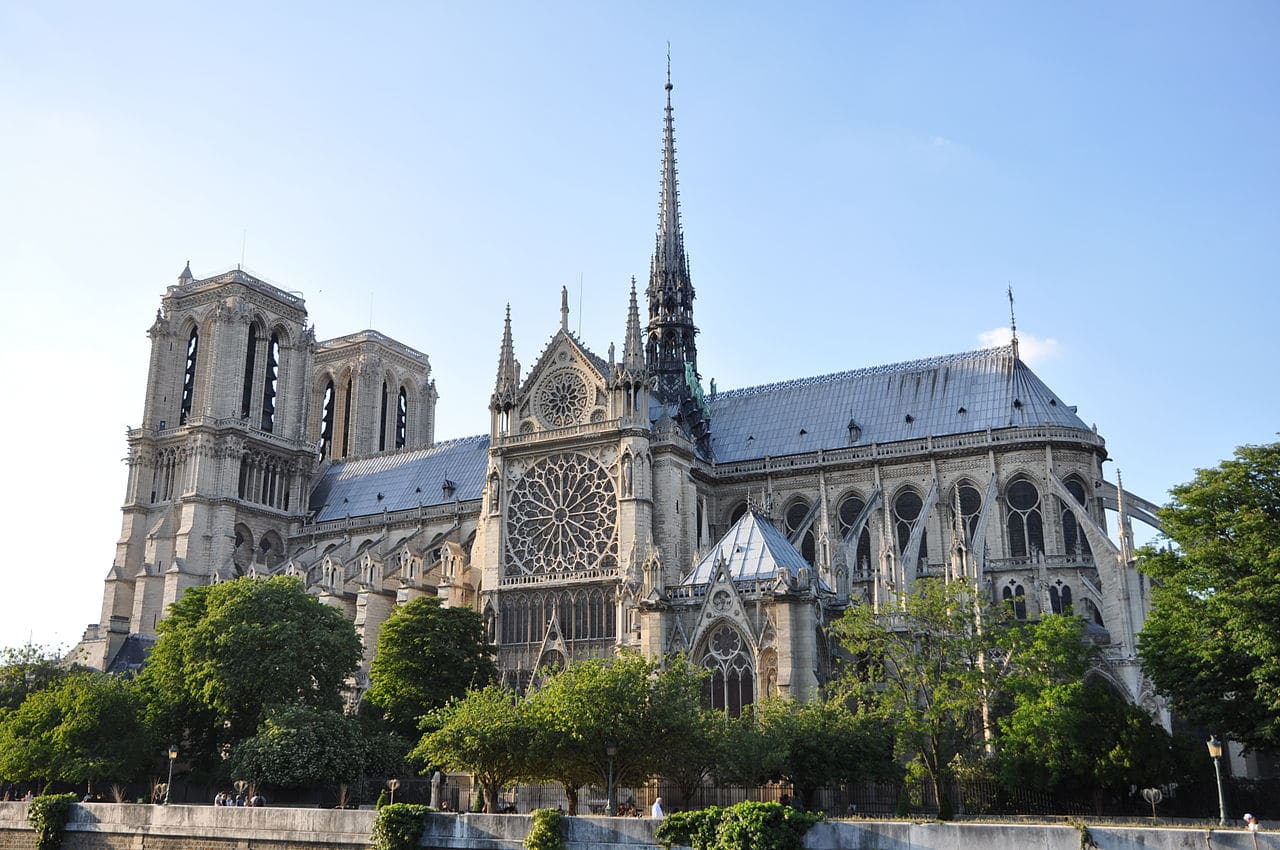 The Basilica of the Sacre Coeur in Montmartre

The story of the Sacred Heart Basilica, in the 18th arrondissement, is not what could be called a classical one. This architectural marvel is proudly held in Montmartre, a neighbourhood with a strong religious history, dating from the Gallic Druids. Originally. it was a simple chapel standing on the hill, that eventually fell to ruin in the 9th century. Then, it became the abbey of the Benedictines of Montmartre, and was ravaged by a fire in 1559. Finally, the basilica, or at least the idea of ​​building a basilica, emerged in the 1870s. 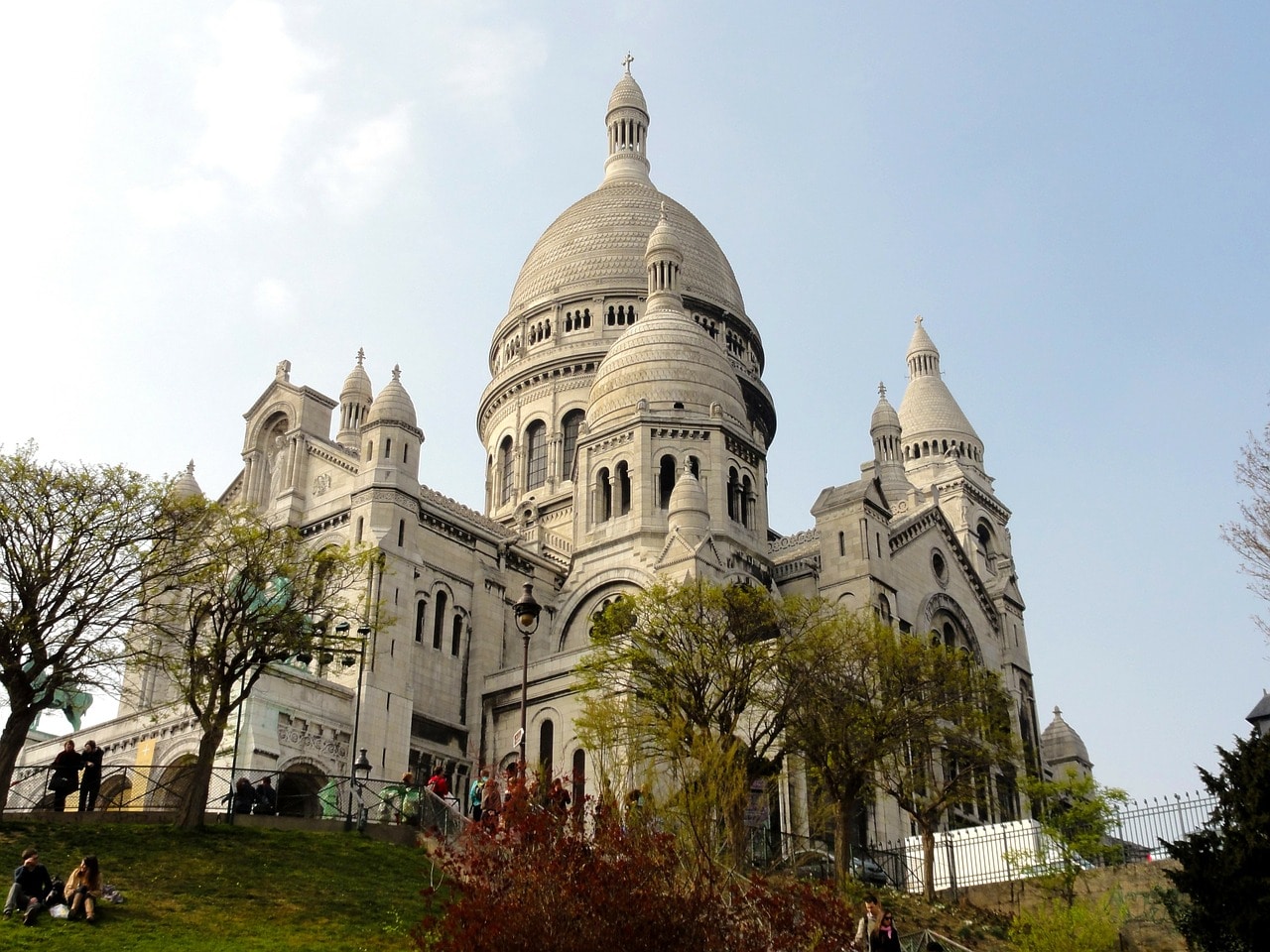 A cruise on the Seine

The cruises on the Seine are a must for all Paris lovers. Several river cruise companies offer dinner cruises, lunch cruises, and cruises for all tastes, budgets, and desires.

The best boat tours in Paris, are called barges or “Bateaux Mouches”. You will certainly not be the last ones to enjoy the charms of these glass-boats, designed to make this experience as pleasant as it is. Be assured, that everything will be done to offer you an exclusive and perfect service. Moreover, the famous company “Bateaux Mouches”, and the one of the “Bateaux Parisiens”, offer several cruises formulas.

Daily departures, from the early morning hours cruises, and until late at night for dinner cruises, can be done. So, make your choice among the different cruise lines, and you will understand why the Seine is a key element of our beautiful capital. Cruises are indeed in our selection of top things to do in Paris, and the night cruise in Paris, on the Seine river, remains one of the best activities to do in the French capital. 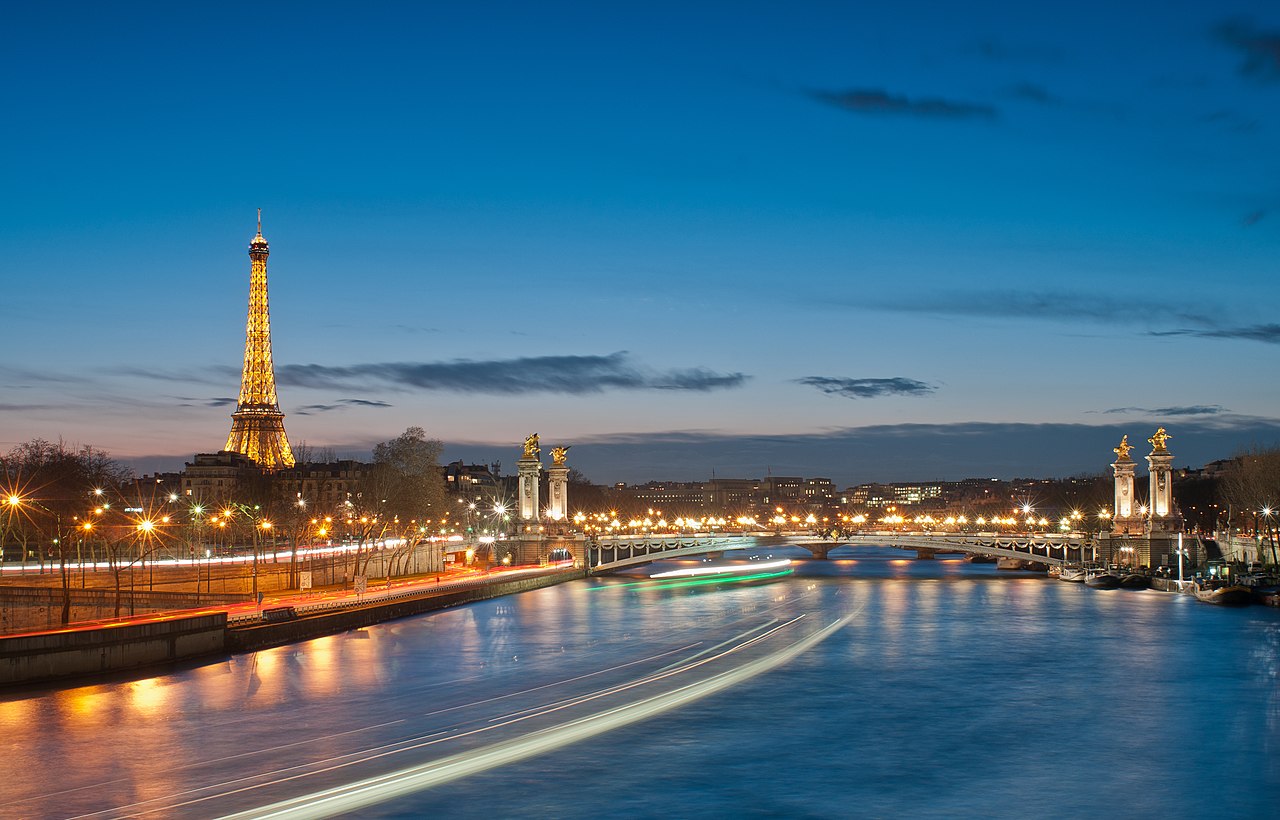