Dubrovnik – The Pearl of the Adriatic

The southern Croatian city of Dubrovnik is one of the most visited tourist destinations in the entire Mediterranean Ocean. And for good reason. The city is a fountain of history and has been on the UNESCO World Heritage list since 1979.

The city suffered a devasting earthquake in 1677. An incident which level much of the city. As a result, few of the city’s historical monuments and landmarks survived. However, the rare few structures that did are some of the most impressive pieces of architecture in all of Dubrovnik. The most notable of which has to be that of the Renaissance Sponza Palace or even the Gothic-Renaissance Rector’s Palace.

In terms of religion in the city (which plays a rather significant role), there is an abundance of sacred buildings. Each of which is just as spectacular and captivating as the stories behind them. For the people of Dubrovnik, the Church of St. Blaise holds a particularly special place in their hearts. As does the city’s Baroque Cathedral which houses many ancient relics. The St. Saviour Church and nearby Franciscan Monastery are also two noteworthy mentions! 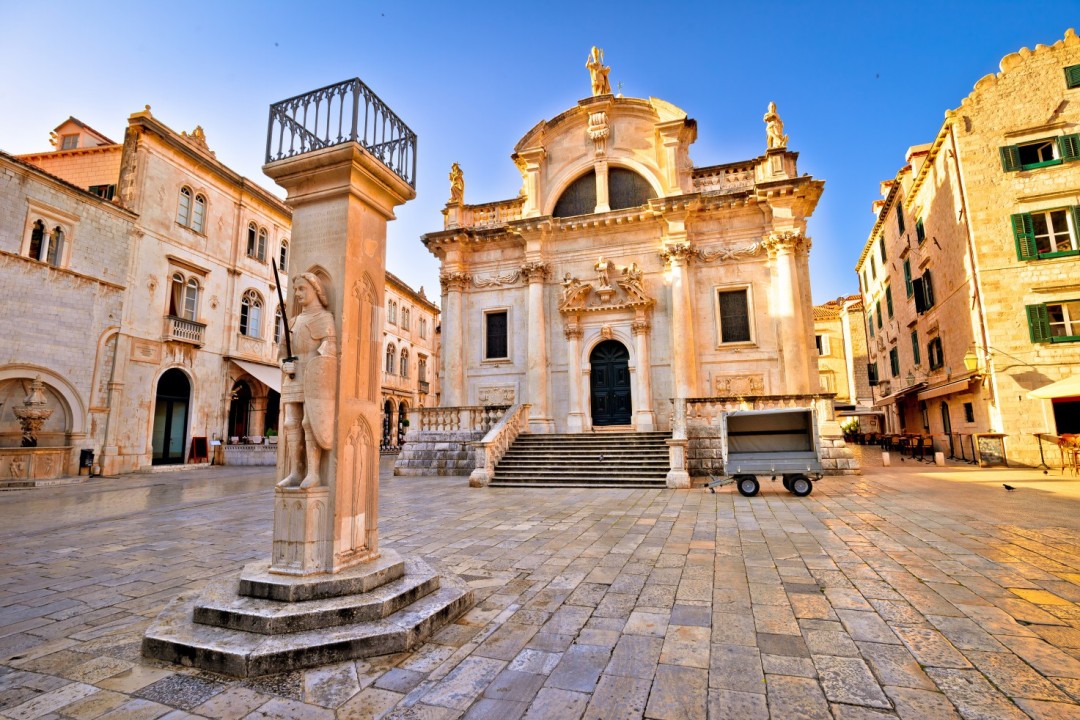 Outside of the cities churches and architecture Dubrovnik has many other popular attractions that entice visitors. The 15th century Dubrovnik Bell Tower certainly is one of the city’s most impressive sights. While the Revelin Fortress offers unbeatable views overlooking the Mediterranean and the beautiful city itself.

There truly is no better way to discover a city than with a Guided Dubrovnik Walking Tour. Of course, exploring a city at your own pace is always a great option. But you miss out on some of those hidden gems tucked away in the city’s secret corners. So how better to uncover the city’s secrets than with a local and knowledgeable guide?! Someone who knows the city like the back of their hand. Also, someone who can give you all the best tips and recommendations to making the most out of your stay! It’s one thing to visit the wonderful attractions a city has to offer. And it’s another thing to understand the fascinating tales and history behind them. And believe me, this city has plenty of fascinating stories to share.

People who read this article also read  How to become a tour guide ?

But a Dubrovnik Walking Tour isn’t the only way to discover this breathtaking city. Explore Dubrovnik in a new light (literally) with a Dubrovnik Bar Crawl. Experience the city’s wild night scene and visit some of the best venues in town. Not only will you enjoy a fun and unforgettable night, you’ll even get to enjoy great benefits. From free shots to drink discounts and even free entry into the club, having a great night for an inexpensive price has never been easier!

The possibility of tours in Dubrovnik is endless. From Walking Tours that will explore the city’s ancient historical roots to Evening Tours that may delve more into the city’s religious influence. Or take the tour on wheels by operating Bike or Segway tours upon request. And if you really want to spice up the options, then a Dubrovnik Food Tour would be a great hit! Not only is it a unique way to explore the city, participants also get to enjoy samplings of delicious local cuisine.

But who better to run Dubrovnik Tours & Activities than someone who knows the very best of what the city and its culture has to offer! Think that might relate to you? Well get in contact with us and send us your Application Form! We’re always looking for Franchising partners to help us make our dream a reality. Not only will you enjoy the liberty of working as your own boss, but you’ll also get to experience some of the unforgettable experiences for yourself! Along with the satisfaction of knowing you’ve been able to share your culture with more of the world.