Wroclaw – the Venice of Poland 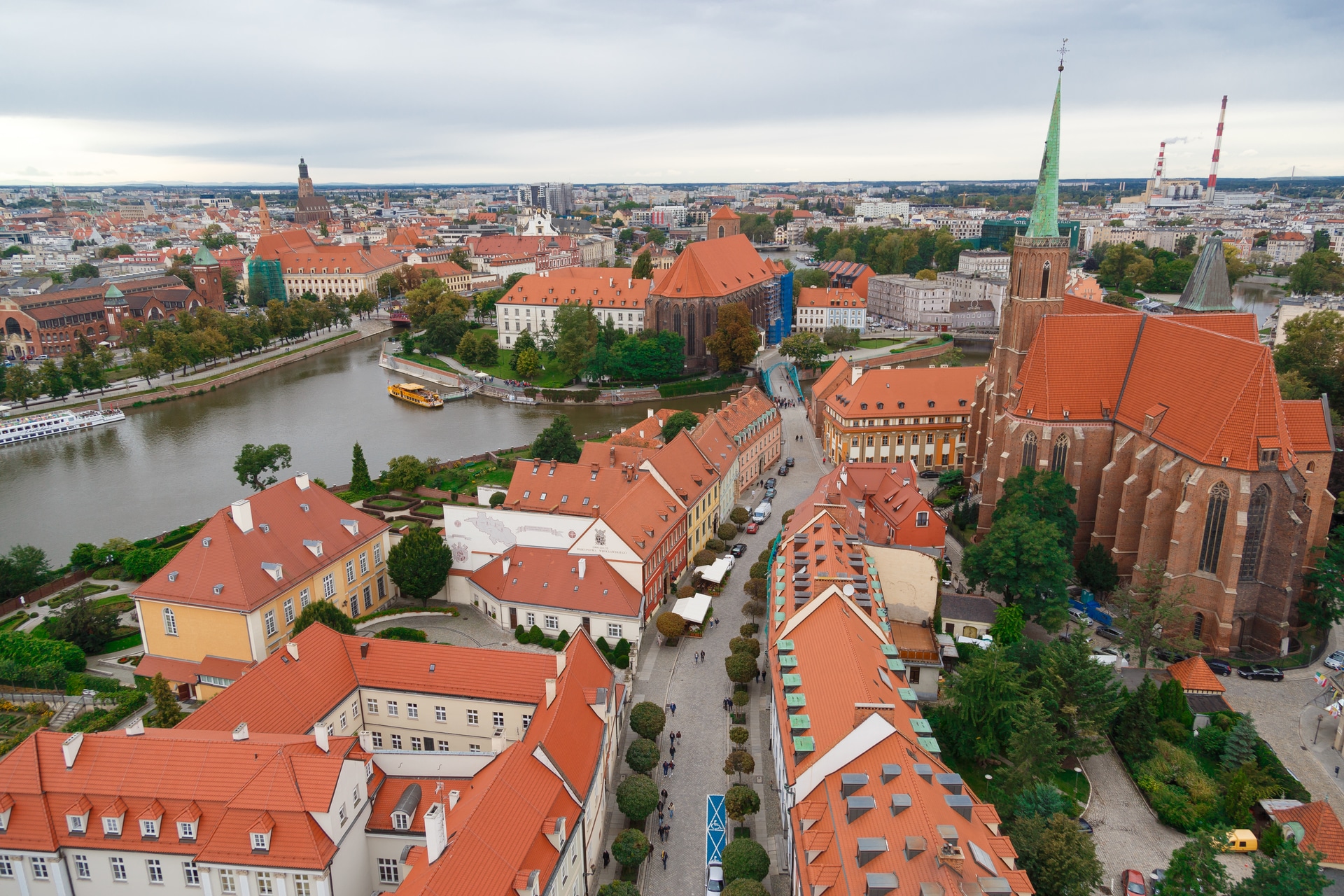 Wroclaw is one of the oldest, most beautiful, and largest cities in the country. Located in Lower Silesia at the foot of the Sudeten Mountains, Breslau used to be the Prussian capital of Silesia and is also known as the “Venice of Poland.”

It is no coincidence, as the city on the Oder is located on 12 islands, and more than 100 bridges connect the individual districts.

The best known are the cathedral and sand islands, which shape the cityscape on the Ofer banks. However, only the sand island can be called a real island, since the Oder north of the cathedral island’s foothills were filled in.

Both islands are connected via the cathedral bridge, and with the Wroclaw Cathedral and the Sand Church, they have their landmarks. The oldest part of Wroclaw, from which the city later developed, is also located here. Today, Wroclaw can look back on over 1000 years of history.

With the university’s establishment in 1505, the foundation stone for today’s character of Wroclaw was laid. After all, around 150,000 students are enrolled in the city, which substantially impacts the nightlife and leisure opportunities and makes Wroclaw a dynamic, lively city.

In addition to the Oder and the numerous bars and cafes’ unique location, Wroclaw is also unmistakable due to the old (partially reconstructed) townhouses in the center. In the following, we will show you what you should experience on a trip to Wroclaw!

Most people think of Paris, Barcelona, or Venice when they think of city trips in Europe. In the process, many forget that there are equally beautiful cities quite close and easily accessible that are worth visiting.

One of them is Wroclaw, the European Capital of Culture 2016.

Today, the best local tour guides will show you why Wroclaw deserves this title.

Besides, it is easy to find a wide choice of private Wroclaw walking tours and even enjoy Wroclaw’s best free walking tour based on your expectations and interests. You have different ways to visit the Polish capital:

But what should you see on your city trip? Pick up your Wroclaw walking tour map … we are starting our visit with our local guides.

Insiders’ tip: t is also the city’s culinary heart, as countless restaurants and cafés are lined up—ideal for strolling on a warm summer day.

The old town hall and the historical administrative center have to be seen. Check the architecture of the Old Town Hall. It is one of the most impressive landmarks in Wroclaw. Today the old town hall serves as the city museum. The city administration is now located in an extension on the southwest side of the central block on the Rynek we Wrocławiu.

Insiders’ tip: Since the beginning of the 2000s, their number has grown to 350. You can also see them overhead, keep your eyes open. The area around the market square offers shelter to many of these smallest inhabitants of Wroclaw.

Insiders’ tip: When you’re there, don’t miss a visit to the viewing platform for a beautiful panoramic view to the white Rędziński Bridge, the largest river crossing in Poland. The Sky Tower and the Church of St. Mary on the Sand on the other side of the cathedral bridge are also clearly visible.

You should also check:

That is why Riviviear Bar Crawls & Tours team has listed the best walking tours in Wroclaw and other European cities and some of the best local guides.