What Is The Promenade Des Anglais ?

A BIT MORE ABOUT THE  « PROMENADE DES ANGLAIS » IN NICE

A short history about the Promenade des Anglais

Nearly 7 km long and 30 meters wide: this is the most beautiful, the Promenade des Anglais! It runs along the Mediterranean from the mouth of the Paillon to that of Magnan. But why should you walk the Promenade? Why is it the “English” Promenade, by the way? Because it is the English community that resides there a good part of the year which makes it arrange, at the beginning of the 19th century.

The sweetness of life, the blue sea has seduced them so much … New districts are created then, like that of the Croix-de-Marbre, become the district of Newborough and where settles our English. At the very end of the eighteenth century, they even have their own cemetery, near the sea. Heads more or less crowned then come to Nice, and in the eighteenth century, the Duke of York and the Duke of Gloucester, brothers of King George.

In the nineteenth century, Queen Victoria and King Edward VII were often here too, and throughout the nineteenth century, the English are always more and more numerous under the hot sun of Nice. They had here a large alley, which became a “walk of the English”. At first, there is only a vast expanse of grass, which our Anglo-Saxons have leveled and gradually covered with asphalt.

The municipality, which found the initiative interesting, then multiplied the development work. The name of Camin dei Anglés was given by the Niçois, in the language of Nice, then, at the time of the annexation of Nice by France in 1860, its Francization of the name was then adopted: The Promenade des Anglais.

The coastline on the Promenade des Anglais 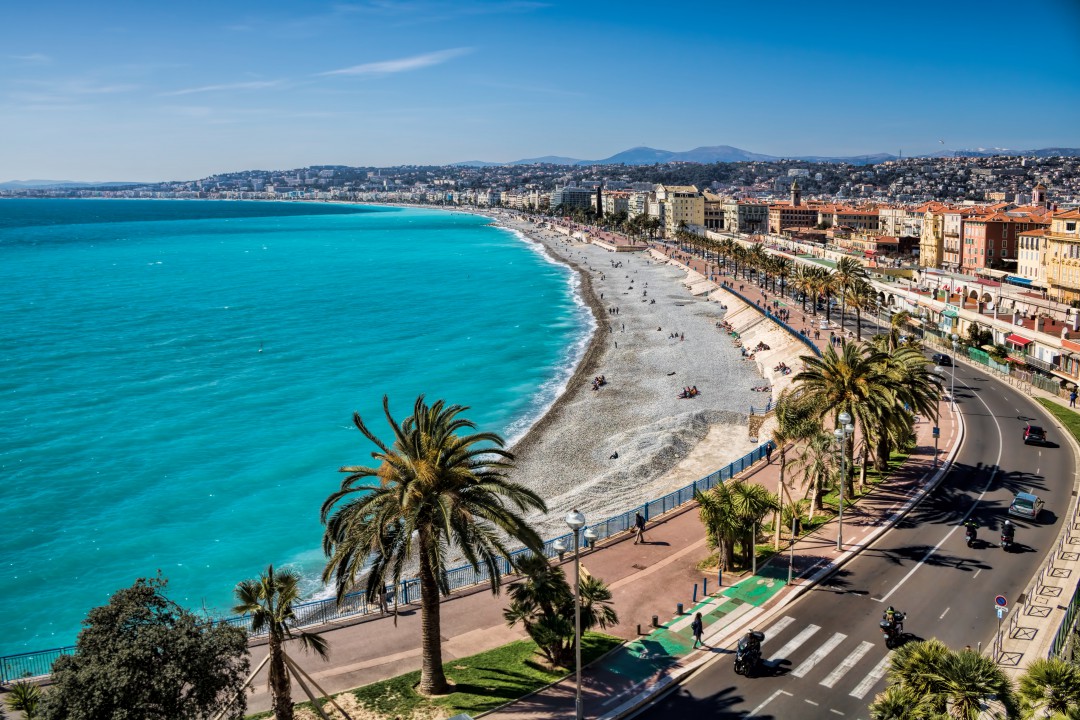 The Promenade des Anglais is really one of the most iconic walks in Nice and on the Côte-d’Azur. This a fantastic beachfront promenade which offers a superb view of the Mediterranean sea, and a great place to chill unwind in the beautiful city of Nice.

People who read this article also read  From Cannes to Nice

The unobstructed view is very appreciable at the end of the day for its orange lights at the approach of the sunset. The incredible blue of the sea, the local houses with their own local style and the sunny blue sky make this promenade a unique spot in the city that each and every traveler will enjoy when visiting Nice. Besides, this walk offers easy access to the town’s pebble beaches, both public and beach restaurants.

The blue chairs of the Promenade des Anglais 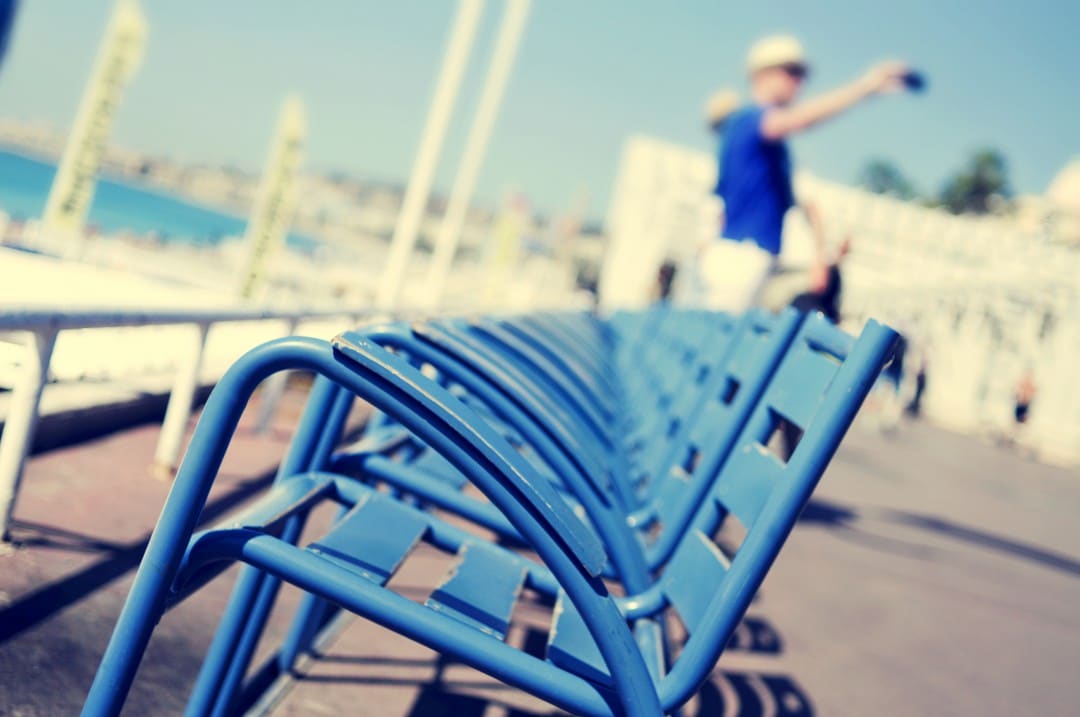 Formerly scattered throughout the Promenade des Anglais and freely movable, the famous blue chairs in Nice are found only in front of the Negresco and have all been attached to each other.

The fault of the thieves and vandals who attacked this symbol of Nice. You can note, engraved on the slats of the chairs, the eagle Nice. The old chairs are all grouped in a showcase for the least original at the Museum of Modern Arts in the neighborhood of Nice-Est.

The luxury hotels & casinos of the Promenade des Anglais 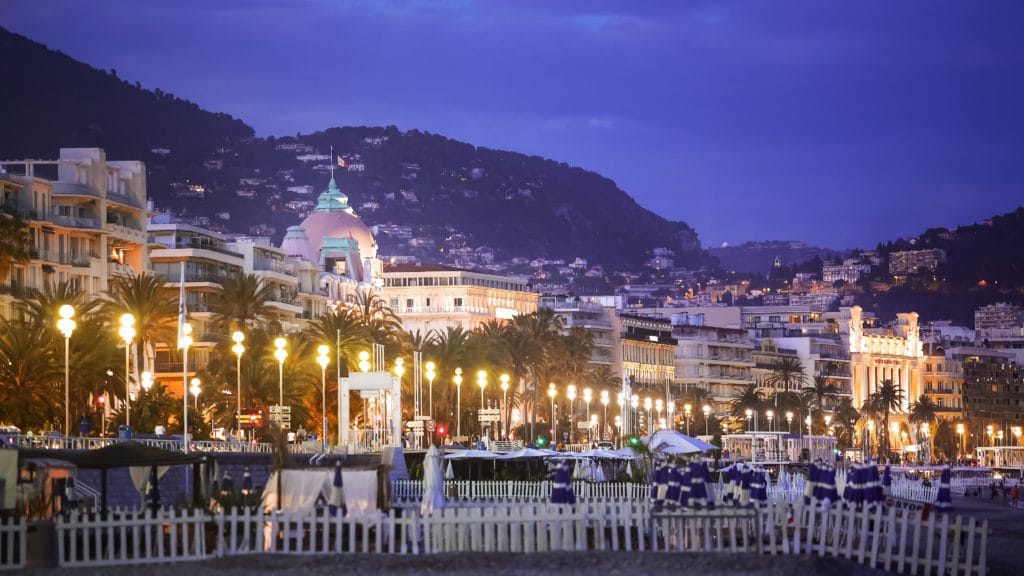 The Promenade des Anglais has many luxury hotels and, contrary to what one might think, some have a value for money unbeatable.

Sleep in a hotel on the most beautiful and luxurious Promenade? A dream!

Here are all the most prestigious hotels on the Promenade des Anglais and are truly one of the things to see when visiting the Prom ‘for the first time. 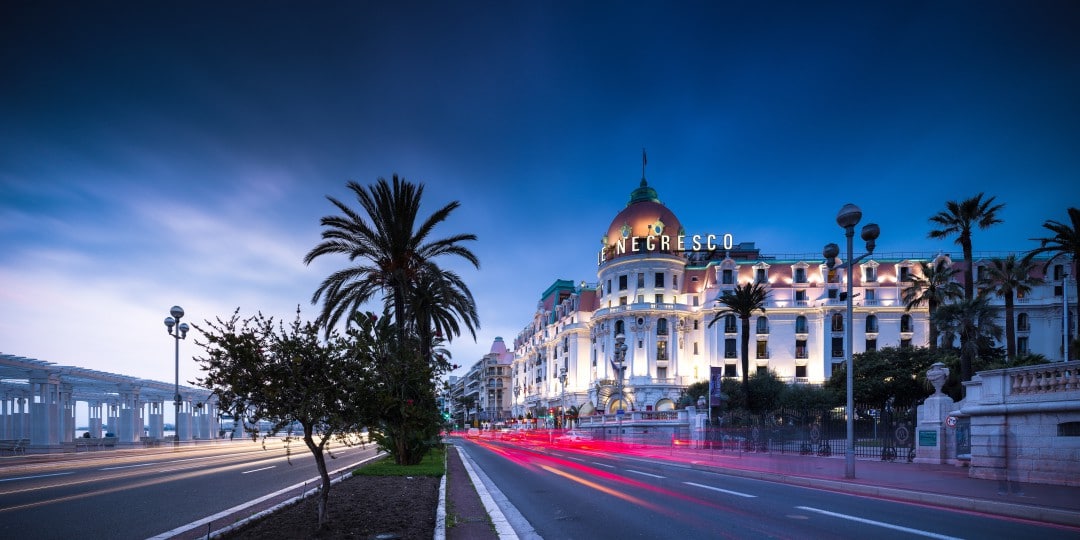 On number 15 on the Promenade des Anglais, the Palais de la Méditerranée, inaugurated in 1929 and rebuilt in 2004, is especially worth seeing at night, for its lighting that highlights the very surprising recess which it is endowed. Its facade is classified as a historical monument. If you are a player, go to the casino on the ground floor. 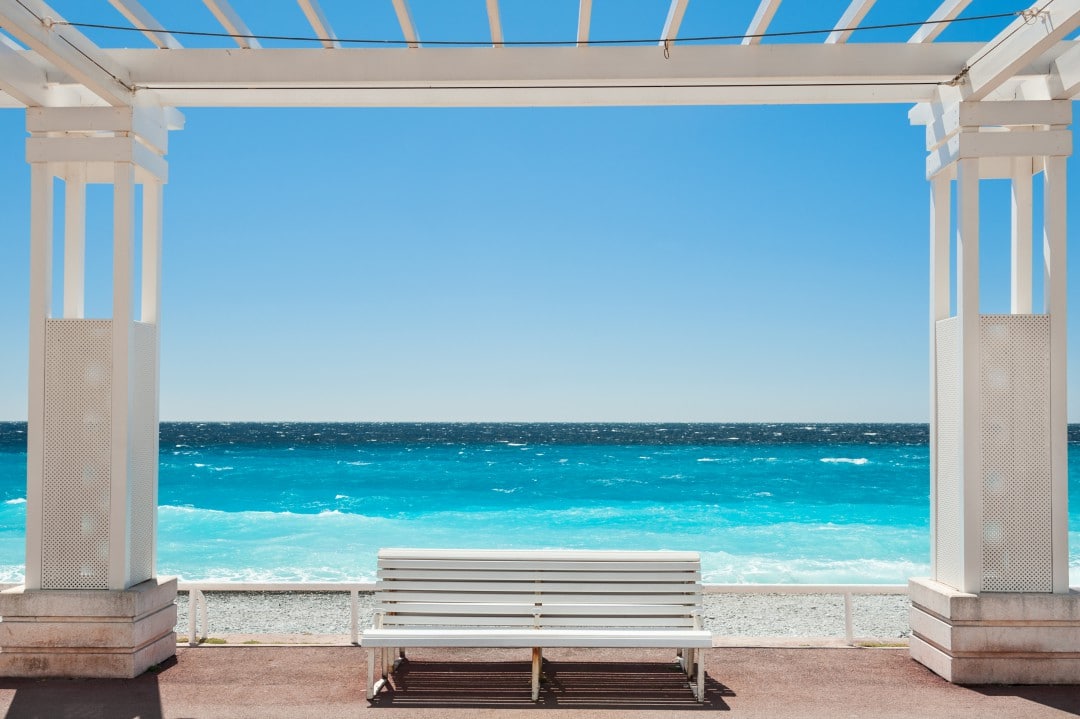 A superb hotel overlooking Nice Casino. Comfort, luxury, sea view and the Promenade des Anglais. A superb property to discover to sleep or just for the ride. The hotel bar has a wonderful view. 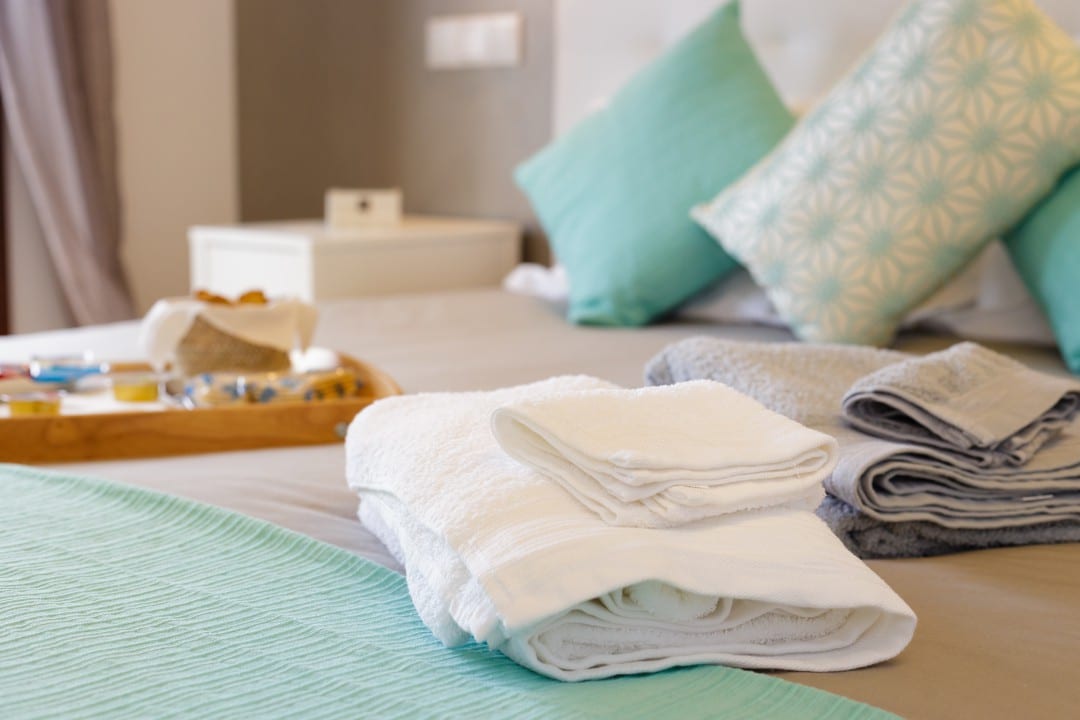 Another one of the great luxury hotels of the Promenade des Anglais, which you will discover along a stroll by the sea. Not to visit but has a luxurious bar and very popular along the Prom’. Of course, the services of the hotel are of a very high standard. 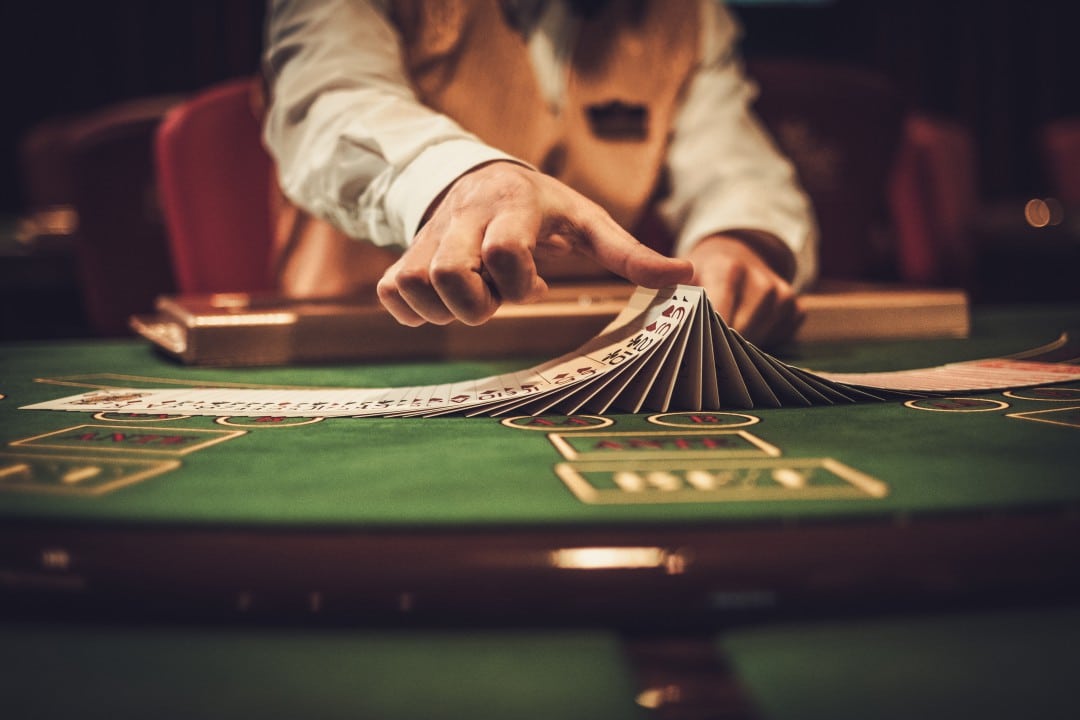 The Ruhl casino, at No. 1 Promenade des Anglais and under the Hotel Le Méditerranéen, is especially visible at night thanks to its “Vegas” lights and sports cars customers that the casino likes to exhibit in front of the entrance. Ferrari, Lamborghini, Porsche, Aston Martin, the Ruhl car park saw it all. The ground floor of the property is also occupied by a cabaret restaurant.

Find out more about other posts we have made:

Bus in Nice – How to get around in Nice