Seattle is an important center of commerce, culture, and advanced technology in North-West America and a significant port city overlooking the Pacific. Found on a strip of land between the Pacific Ocean and Lake Washington, the city is nicknamed the Emerald City because of the lush evergreen trees surrounding the urban area.

Seattle was also the centerpiece of the grunge scene in the nineties: historical bands like Nirvana, the Foo Fighters, Pearl Jam, and Alice in Chains came to life right here.

Book your Seattle bar and pub crawl with Riviera Bar Crawl & Tours and embark on a fun night out in Seattle with our local party experts!

Seattle Pub Crawl- What to do in Seattle at night? 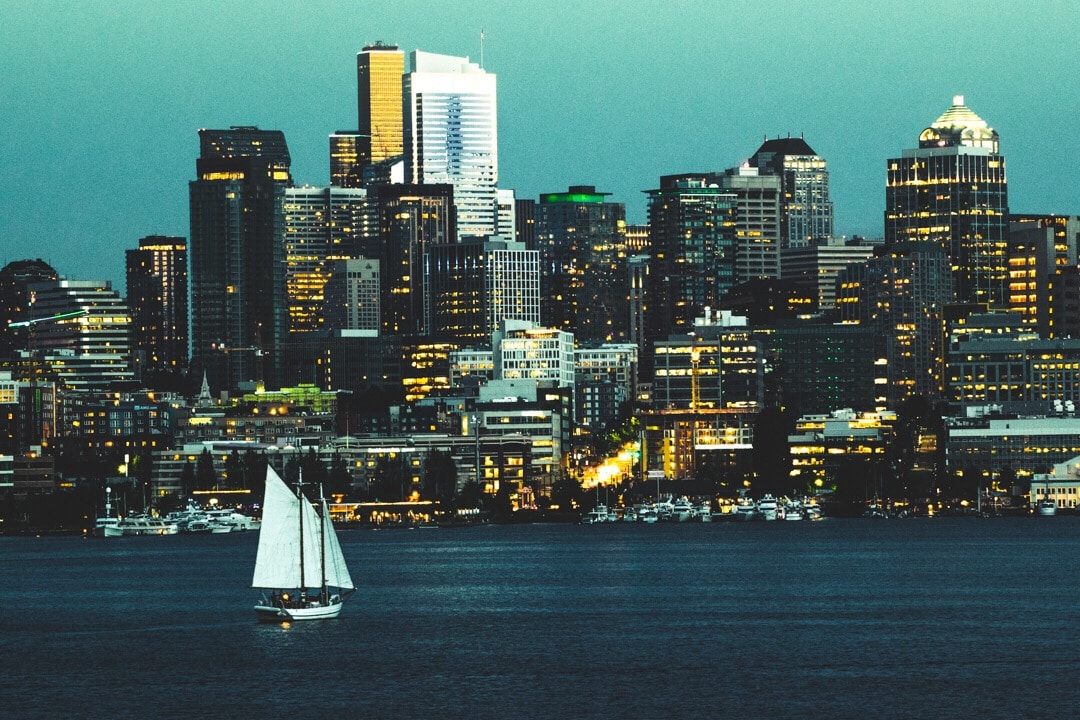 After dark, Seattle is the place to go to party, but you won’t be looking for good food here either.

Plunge into the colorful nightlife of Seattle in Belltown. Immediately north of the city center (a mixture of high-rise buildings with condominiums, trendy restaurants, and shops), you will find the district of Belltown. It is guaranteed never to get boring. It’s all about from morning to night – from cafés for early risers to clubs for night owls.

On the Elliott Bay shores, the paths of Olympic Sculpture Park meander past quirky works of art, such as the typewriter Eraser, Scale X. After nightfall, you can experience live music at The Crocodile, a kind of rock club.

Nightlife in Seattle – Where to party in Seattle?

Seattle nightlife: a selection of clubs, pubs, and bars with locals and fellow travelers:

For an unforgettable night in Seattle, you should choose the

Are you looking for the best bars and clubs in Seattle? Find out all about the best party districts and maximize your night out with Riviera Bar Crawl & Tours’ pub crawls in Seattle.

Find out about the best bars and the best clubs in Seattle, meet new people, locals, and fellow travelers while partying in the best venues and the best party districts in town.

What are the best parties Paris this weekend?

Pub crawls Directory Around The World