What is the history of halloween ? 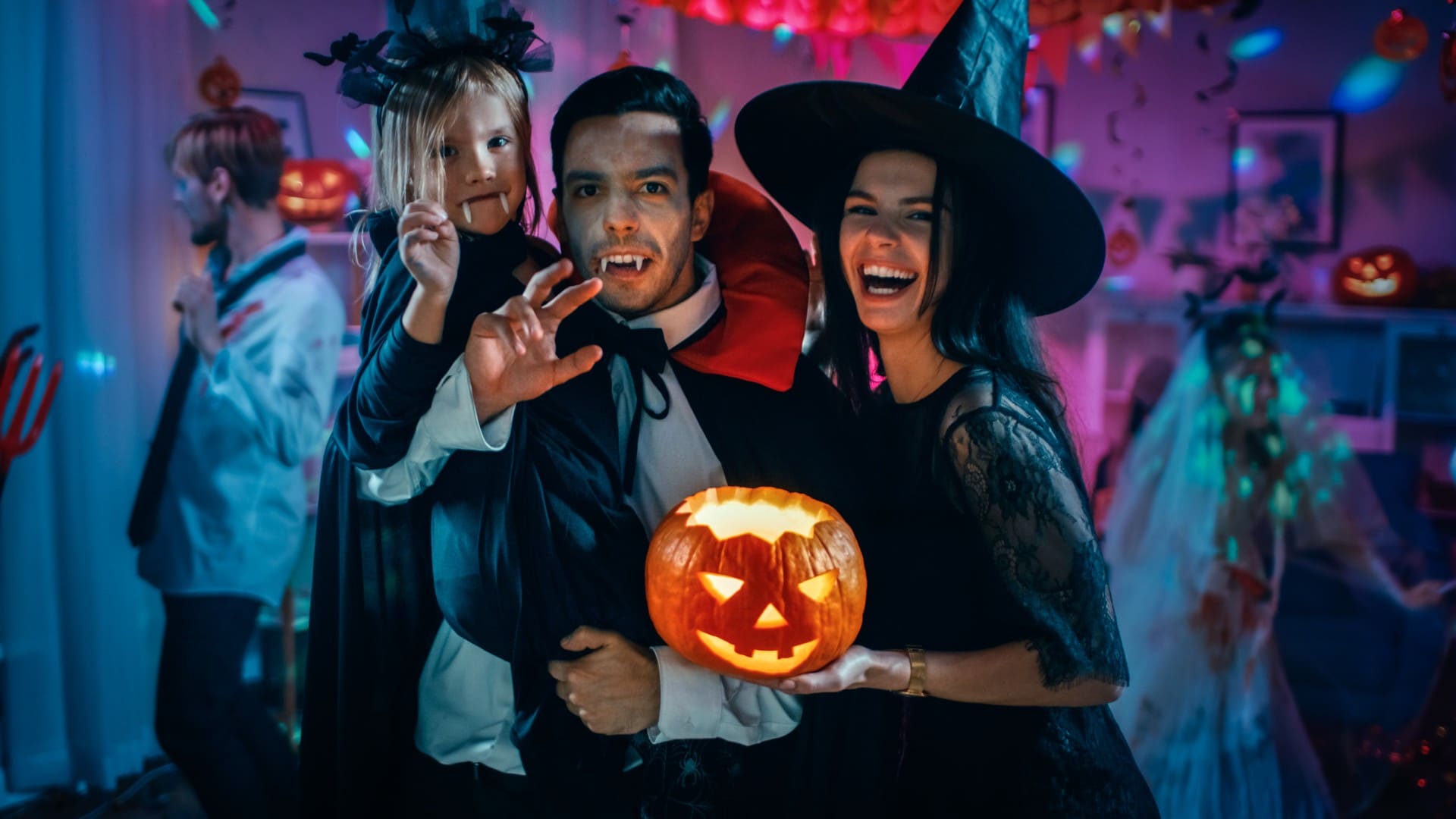 Halloween is a holiday celebrated by most countries around the world. Falling on October 31st, it marks the transition into winter. Today, this festivity is celebrated in many different ways. Trick-or-treating, carving pumpkins, lighting bonfires, apple bobbing, playing pranks, wearing costumes and telling scary stories. Though the holiday may not be as big in certain cultures, that doesn’t mean we don’t acknowledge it. Halloween in France for example only became popular in the 1990’s! but since then its popularity has grown and every year children are seen taking to the streets in their spooky masks and witches costumes, waiting to stock up on candy

The tradition of Halloween originated from the old Gaelic pagan holiday of Samhain. According to this ancient festival, it marked the thinning of the veil between our world and that of the ‘otherworld’. Allowing spirits and fairies to wander amongst us for that one day. It was customary to have bountiful feasts and offerings for the souls of our dearly departed, who would supposedly return to their old homes in search of hospitality from their loved ones.

Another ancient tradition that has carried on to this day is the notion of wearing masks. It was the belief that some of the entities which came from the ‘otherworld’ were malicious. Coming here only to cause havoc and steal children. In order to stay safe from these evil sprites, people would dress up in scary and grotesque costumes to disguise themselves as ghouls and trick the evil spirits into thinking they were not humans.

As Christianity began to sweep the isles of Ireland and Scotland, things began to change. Samhain just so happened to fall the evening before the Christian holy days of All Hallows’ Day (November 1st) and All Souls’ Day (November 2nd) thus giving the holiday on 31 October the full name of All Hallows’ Eve. In preparation for these sacred days, it was customary to once again hold large feasts and celebrations. Hence this part of the old tradition never truly changed.

The Christian community considered this a time of remembering those they have lost, praying in their honour. It also became tradition for people to dress in dreary black clothes and parade the streets while ringing mourning bells. As a way to pay homage to their ancestors who have passed away.

The tradition soon spread from the Celtic Isles to America, following the Irish potato famine of 1845. This tragedy led to the death of over 2 million Irish people, while a future 2 million emigrated to the States. And so, the celebrations of All Hallows’ Eve began to spread, before becoming a worldwide celebrate holiday.

The popularity of Halloween in France is growing more and more with each passing year. With many regions and cities hosting spectacular events. Celebrating Halloween in Nice can certainly be quite the treat. What with many bars and local establishments really getting into the holiday spirit and organizing themed events.

Halloween at the Nice Hard Rock Café is always a guaranteed rollercoaster ride! They arrange fantastic events for guests both young and old to enjoy. In the morning, enjoy fun activities such as face painting and magician shows. And for the evening time, things get a little more spooky with their Halloween Monster Mash! Hosted with a live DJ.