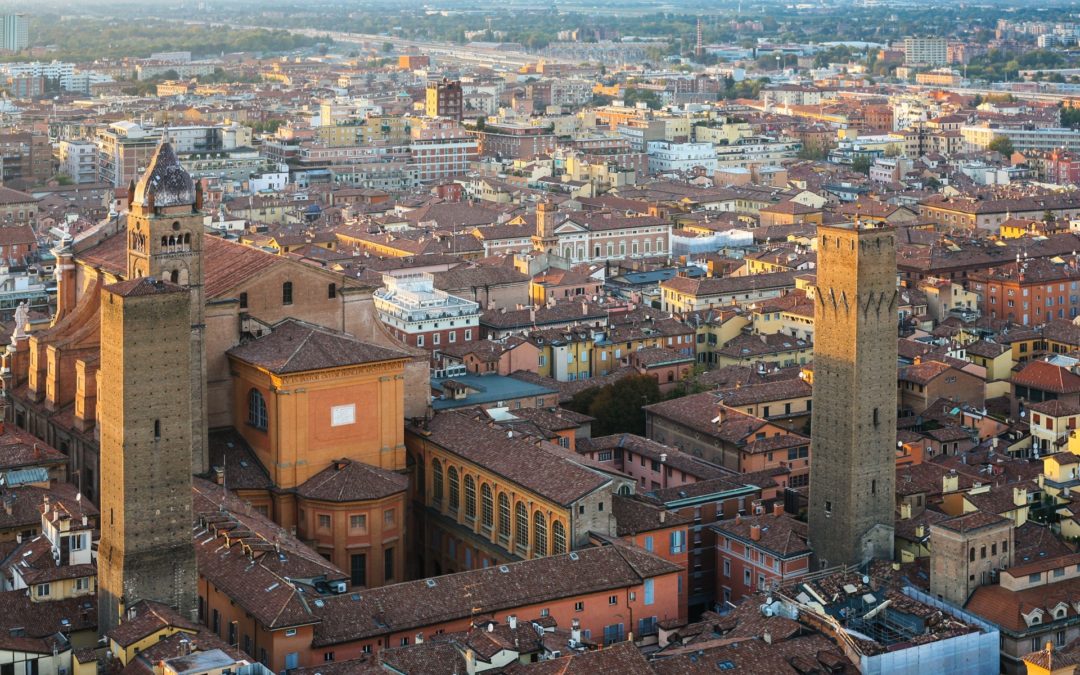 The Northern Italian City of Bologna

Located in the northern region of Italy, Bologna is the country’s seventh most populous city. Like many cities in Italy, Bologna is a fountain of history and culture. In fact, the city was declared the European Capital of Culture in 2000. And later became a UNESCO ‘City of Music’ in 2006. So, if there’s one thing that’s for certain, its that Bologna and the Arts seem to go hand in hand.

Bologna offers a musical vitality, fostering genres from jazz to electronic and everything in between. The Teatro Alla Scala, Teatro Comunale di Bologna and Arena del Sole are three of the most frequently used theatres. Often known to host regular live performances and spectacles. Not to mention that the facades of the buildings are an impressive sight in themselves.

And speaking of impressive structures, we of course can’t forget about the many Cathedrals and Basilicas littered throughout the city. After all, like most cities throughout Italy, religion plays a large part in its culture. Our most unmissable sights have to be that of the hilltop Sanctuary of the Madonna di San Luca, the Basilica di Santo Stefano, and certainly the Cattedrale Metropolitana di San Pietro. The combination of the intricate architecture and stunning interior frescoes and chaplets truly is mesmerizing. But these are just a very select few of the cities spectacular Churches! 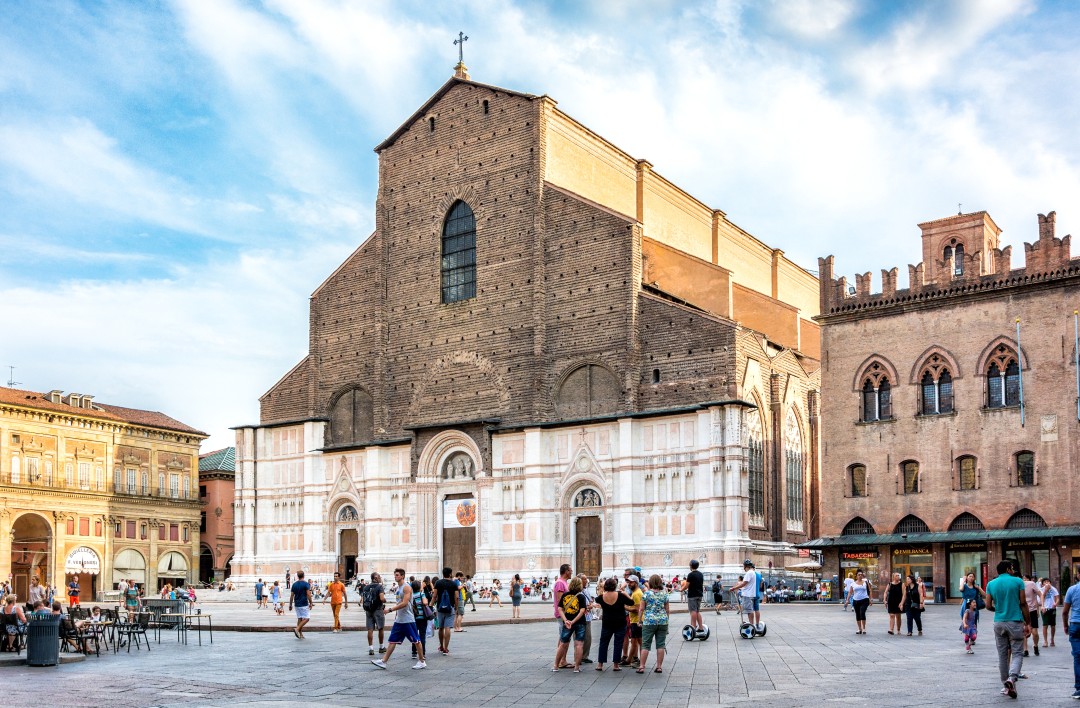 And of course, if you’re searching for something even more on the artsy side, the city has an abundance of museums ranging over a number of different categories. Whether its contemporary art, wax museums, historical museums, zoology museums or music museums, Bologna has them all and more!

There truly is no better way to discover a city than with a Guided Bologna Walking Tour. Of course, exploring a city at your own pace is always a great option. But you miss out on some of those hidden gems tucked away in the city’s secret corners. So how better to uncover the city’s secrets than with a local and knowledgeable guide?! Someone who knows the city like the back of their hand. Also, someone who can give you all the best tips and recommendations for making the most out of your stay! It’s one thing to visit the wonderful attractions a city has to offer. And it’s another thing to understand the fascinating tales and history behind them. And believe me, this city has plenty of fascinating stories to share.

People who read this article also read  How To Set Up A Pub Crawl?

But a Bologna Walking Tour isn’t the only way to discover this breathtaking city. Explore Bologna in a new light (literally) with a Bologna Bar Crawl. Experience the city’s wild night scene and visit some of the best venues in town. Not only will you enjoy a fun and unforgettable night, but you’ll also get to enjoy great benefits. From free shots to drink discounts and even free entry into the club, having a great night for an inexpensive price has never been easier!

The possibility of tours in Bologna is endless. From Walking Tours that will explore the city’s ancient historical roots to Evening Tours that may delve more into the city’s relationship with the musical Arts. Or take the tour on wheels by operating Bike or Segway tours upon request. And if you really want to spice up the options, then a Bologna Food Tour would be a great hit! Not only is it a unique way to explore the city, but participants also get to enjoy samplings of delicious local cuisine. And besides, Italy is reputed for its cuisine. So its already guaranteed to be a terrific experience!

And of course, most importantly as with any tour is to offer Private Bookings. Providing tourists with customizable private tour packages encourages groups to book, wanting to avoid the swarms of other tourists. And this is in regards to all tours and activities, even pub crawls for those looking to celebrate special occasions.

At Riviera Bar Crawl & Tours, we have years of experience in providing our visitors with some of the best and most memorable experiences of their lives. While primarily stationed in France, we hope to branch out into as many European cities as possible! With all of the success we’ve experienced and the great feedback we’ve gotten from our clients, we want to share this with even more of the world’s travelers. In regards to both Guided Walking Tours and Pub Crawls.

But who better to run Bologna Tours & Activities than someone who knows the very best of what the city and its culture have to offer! Think that might relate to you? Well get in contact with us and send us your Application Form! We’re always looking for Franchising partners to help us make our dream a reality. Not only will you enjoy the liberty of working as your own boss, but you’ll also get to experience some of the unforgettable experiences for yourself! Along with the satisfaction of knowing you’ve been able to share your culture with more of the world.