What is the Cannes Film Festival ?

The Cannes Film Festival, or “Festival de Cannes” in French, is an internationally acclaimed festival held each year in Cannes (if the name didn’t already suggest this!). Each year, countries submit a film to compete for the coveted Palm d’Or, the major prize for the festival. Winners include Parasite, Pulp Fiction, and Taxi Driver.

Origins of the festival

The story of the Cannes film festival starts all the way back in 1938 at the Venice film festival. In a last-minute change due to pressure from Mussolini and Hitler, the winner of the big prize ended up being Nazi propaganda. This caused international outrage, with many countries withdrawing from the Venice film festival, which was the only international film festival at the time. Jean Zay, the French Education Minister, decided to instead host a new and free international film festival in France, and hosted a competition amongst the towns and cities in France. The winner was Biarritz, a town in the South-West of France near the border with Spain. However, the town was unable to raise the required funds in time, so Cannes stepped in and claimed the festival for itself. The first festival was due to take place in September 1939. However, it was cancelled due to the start of WW2, and the first festival was instead hosted in 1946 following the end of WW2 in 1945. 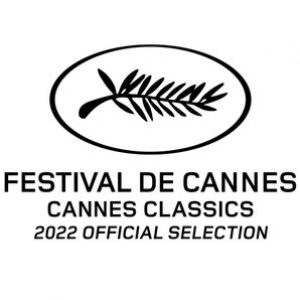 The film festival got off to a rocky start. Despite the first one going well, with 21 countries taking part, the second one in 1947 had to change its name from “The Cannes International Film Festival” to “Festival du film de Cannes” due to it being badly organised. Due to budgetary constraints, the festival was cancelled in 1948 and 1950, and in 1949 the roof of the original Palais des festivals blew off in a storm during construction. Come 1951, the Cannes Film Festival was moved to the springtime to avoid direct competition with the Venice one, and thus the tradition of it being held in May was born. Things looked bright for the festival in the ‘50s, with it gaining press attention, plus a growing influx of tourists. This was helpt, in part, thanks to a few scandals that took part at the festival. In 1955, the Palme d’Or was born, replacing the original Grand Prix du Festival, and starting the tradition of the coveted prize.

The Cannes Film Festival through the Years

In 1972, the format of the festival changed slightly. Instead of having each country choose a film to submit, a committee was instead created to choose French and Foreign Films to be shown in the festival. This was partly done to avoid censorship from countries, such as for Andrei Tarkovsky, a Soviet Director. In 1979, a new Palais des Festivals was commissioned, and in 1982 it was completed, being opened as the Palais des Festivals et des Congrès. Due to its modernist architecture, the locals lovingly call it the Bunker. In 1987, the first red carpet was used at the Palais’s entrance, which spurred one of the most iconic symbols of the festival. In 2015, the festival was mired in controversy following Heelgate, in which 50 women were refused from entry to a screening due to wear flat soles instead of high-heels; a part of the dress code for women at the film festival. This prompted many others to protest the dress code, including the high-profile case of Julia Roberts in 2016, where she took her high heels off while walking up the stairs on the red carpet. 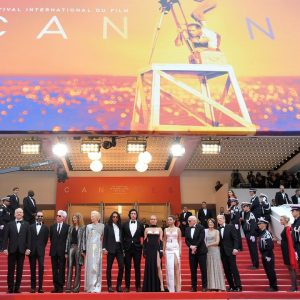 Following a more muted festival last year, due to the pandemic causing the date to be moved to July alongside low spectator capacities, this year saw the Cannes Film Festival back bigger than ever by celebrating its 75th edition. The festival was opened by Top Gun: Maverick, a film from the USA starring Tom Cruise, who was one of the actors being tributed at the festival by being awarded an honorary Palme d’Or. The Palme d’Or was given to Triangle of Sadness, a film directed by Swedish Director Ruben Östlund. You even got a showing from Julia Roberts, although she did keep her shoes on this time.

We Cannes do more

The period of the Cannes Film Festival isn’t the only time the town is open. If you take part in one of our Free Walking Tours of Cannes, you can experience other aspects of the city often overlooked thanks in part to the festival. We also host Food Tours, which allow you to experience the cuisine on offer in this city, and in the Region of Provence. If nightlife is more your thing, then maybe take a shot at one of our Bar Crawls (and we’ll give you more than one shot). If you’re looking for more to do in the Riviera, check out our other tours, such as the ones in Monaco and Nice.