The Provence-Alpes-Côte d’Azur is famous for many things. Its sunny weather, beautiful beaches, snow-capped mountains, historical monuments, and stunning architecture. So, it’s no wonder the region attracts over 10 million tourists annually. Whether you’re coming to escape your daily routine, party the night away or discover new cultures, then you can guarantee the Cote d’Azur will have something for you. And if you’re hoping to frolic through luscious and vibrant lavender fields? Well you best believe the south of France has that too! And in abundance no less. 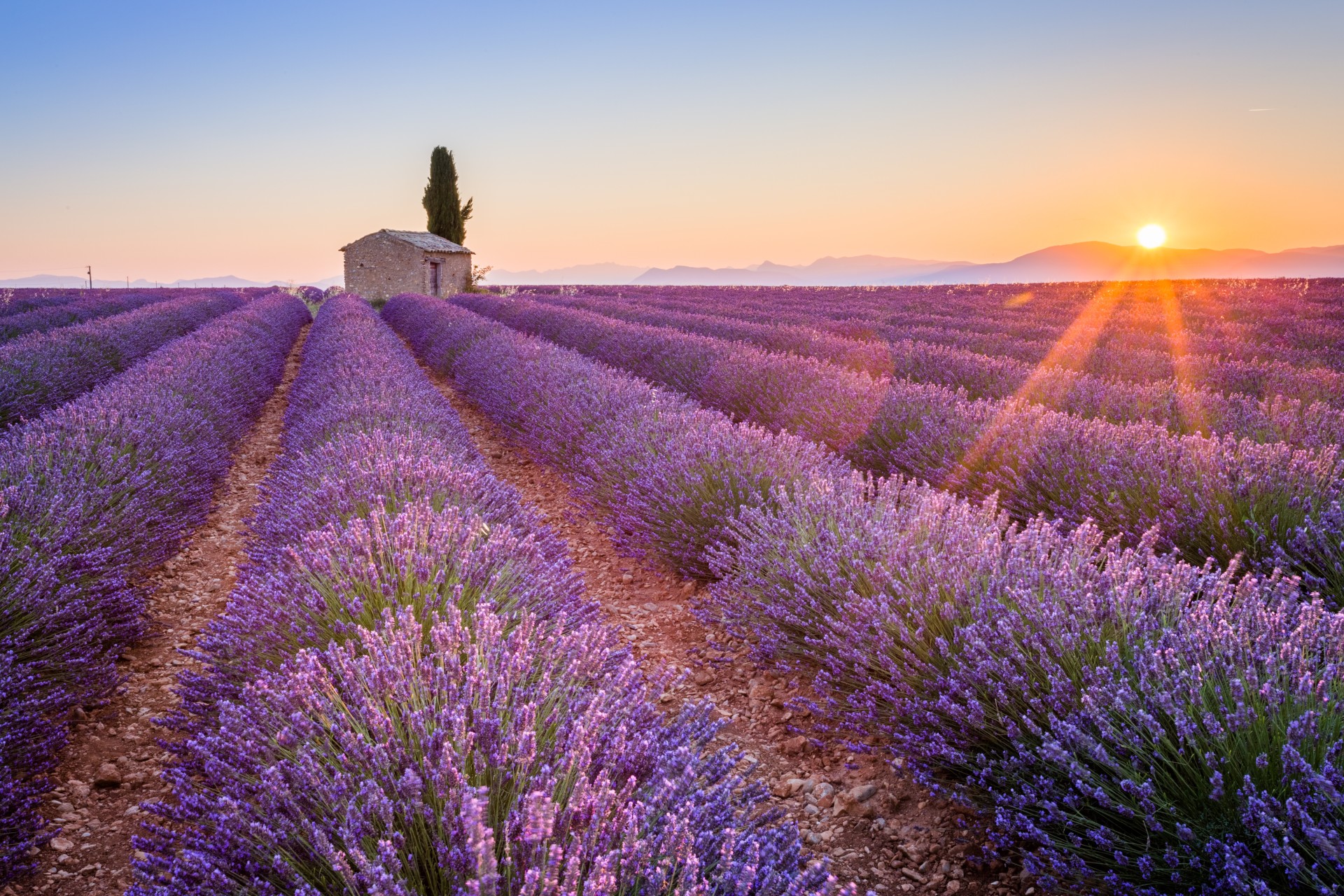 Within the south of France, there’s a number of different regions known specifically for their lavender fields. And each one is just as beautiful as the next. So wherever you go, you know you’re in for a treat.

The relatively small town of Valensole is quite possibly one of the most photographed places in France, if not the world. For starters, the city itself rests atop a large plateau, overlooking its quaint pastel coloured houses and picturesque landscape. But the Valensole lavender fields are not the only thing about the landscape that will take your breath away. The region is framed by golden fields of wheat and sunflowers, as well as deep blue lakes.

If you’re searching for a charming medieval ambiance to go with your view of beautiful lavender fields then Sault is the place to do it. By all means take a walk through the village’s quaint cobblestone streets before following along the 5 km path through the illuminating fields. 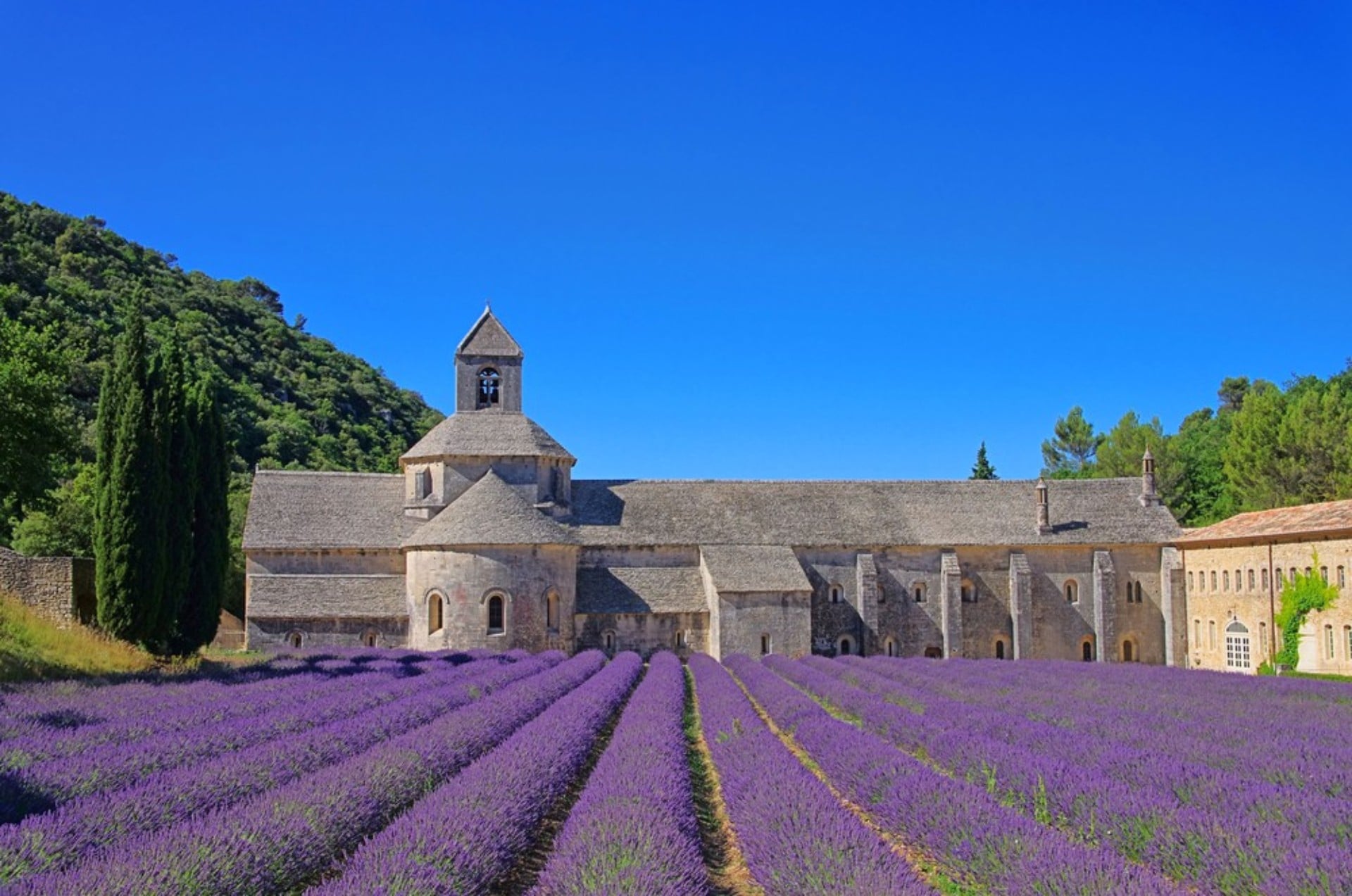 And while we on the topic of historical sites, we can’t forget about hilltop village of Gordes in Vaucluse-en-Provence. To add to the already spectacular views of the lavender farm you’ll find a still operational 12th century Cistercian abbey.

People who read this article also read  Where is Monte-Carlo ?

The Luberon Valley is a particular favourite of tourists. If you’re searching for that authentic Provençal atmosphere, then this is the place to go. Much like that of Sault, the lavender fields here surround a stunning monastery. But unlike the other two destinations, the fields of Luberon are also home to a collection of rich vineyards and ancient olive groves.

And saving the best for last, we of course have the gorgeous lavender fields of Grasse. Its rare that you’ll find someone who hasn’t heard of Grasse. After all, it is the perfume capital of France. Which is saying a lot when France in general is known for its perfume industry. Grasse is the most southerly region in which lavender flowers are grown. Because of its location, its also the lavender region with the best weather. The city is part of the famous French Riviera. A region which benefits from up to 330 days of annual sunshine.

Also in the region you’ll find some of France’s most renowned cities such as Nice, Cannes, Monaco, Saint-Tropez, etc. in many of which in fact we offer fantastic public and private walking tours. So that’s definitely something to check out if you’re in the area.

Unfortunately, lavender season is not a year-round event. July and August are peak season for lavender plants. However, you may be in luck during mid-June as well depending on the year’s rainfall. Even in September the lavender isn’t entirely out of bloom. Plus, September may even be a better time to visit if you’re hoping to avoid the crowds.

How to get there?

The lavender fields of Valensole, Sault, Gordes and Luberon can be a little tricky to get to without a car. So if you’re not staying within the cities themselves then you may have a few complications. However, if one of your main plans is to definitely visit some of these locations but don’t want to stay there, then we highly recommend staying in Aix-en-Provence. Aix-en-Provence is primarily a university city. But its certainly not lacking in Provençal charm. And what’s more, its rather central to each of the lavender farms.

Closer to Sault and Luberon, you could also consider staying in the famous French city of Avignon. Name sound familiar? Well it should! After all, Avignon was once the seat of the Catholic Popes. Rich in history, it truly is a great place to stay during your time in the south of France.

Grasse is one probably the most easily accessible of the lavender fields. A great feature of the French Riviera is how well connected all the towns and cities are. So no matter where you’re staying along the Riviera, Grasse is no more than a train ride away.