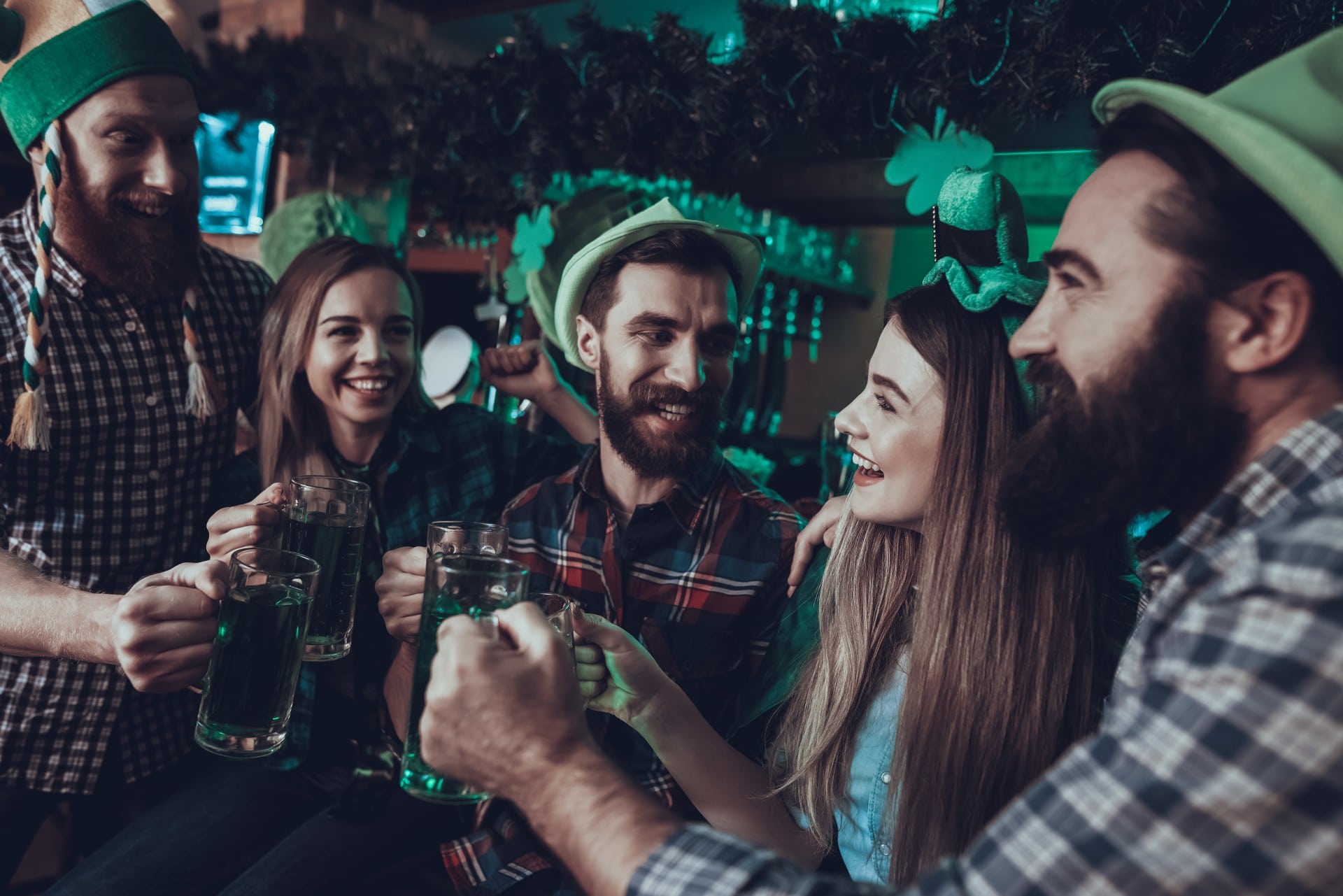 Saint Patrick’s Day is a holiday celebrated worldwide. And France is no exception. Whether you’re in Paris in the North or Nice in the South, the festivities truly are something memorable. Crowds flock to the local bars and streets dressed head to toe in green, lucky four-leaf clovers painted onto their cheeks and Irish flags being waved proudly into the air. It truly makes for quiet the sight! And not to mention the fantastic parades that often take place. Huge floats and street performers take to the streets to entertain the crowd. There truly is no other holiday quiet like it!

The Story of Saint Patrick

But what is the story behind this fantastic event? Well, to understand that, we have to go all the way back to the fifth century AD. Patrick (or Pádraig in Irish) was a young farm boy from Wales. As a teenager, pirates kidnapped him and sold him to an Irish shepherd know as Malachy. Patrick endured many years of hardship working for this cruel and unkind shepherd. His Christian beliefs were his only source of comfort.

Many years later, Patrick finally escaped his captivity. A mysterious dream encouraged him to escape from the shepherd and head South where a ship would be waiting for him. He travelled over 200 miles from the very North of Ireland down to the South. Patrick was amazed to find that there truly was a ship waiting to take him back to Britain. After returning home, Patrick travelled through Europe, delving into the Christian religion. Some even say that he lived in Cannes for some time during his travels.

After seven years of travelling, Patrick once again heard a mysterious voice in his dreams. This time, Patrick realised that the voice was God. God claimed that the people of Ireland needed Patrick to return to them and teach them about the Christian ways. Patrick understood his destiny and returned to the Island where he was once kept as a slave. He travelled throughout the small country and taught the people about God and the Bible. Patrick is credited with bringing Christianity to Ireland, which is why he is considered the Patron Saint of the country.

People who read this article also read  Where to party Paris ?

In order to teach the Irish people about the Holy Trinity (the Father, the Son and the Holy Spirit), he often used a shamrock, to represent these three figures. Hence why the shamrock is the national emblem of Ireland. This is also why we wear green on Saint Patrick’s Day and often also wear shamrocks in our breast pockets. Saint Patrick died in Ireland on March 17th in the year 461. To commemorate him, we celebrate in his honour on the anniversary of his death every year.

Where to Celebrate your Saint Patrick’s Day in Paris ?

One of the greatest things about Paris is its international community. Thanks to this, Paris is home to a lively Irish community. So, partying at all the same places they’ll be in Paris will guarantee you a Saint Patrick’s Day to remember. And what about if you can’t manage to find the boys in green? Well, that’s what we’re here for! Whether its traditional Irish pubs or the biggest St Patrick’s Day parties in the city, we know all the must-go venues for the occasion.

Our company has years of experience in organising the ideal night out for any occasion. Whether it’s a Birthday celebration, a Bachelorette Part, or Saint Patrick’s Day, we have had unforgettable events. And how do we achieve this? Well with our Paris Bar Crawls of course! Our bar crawls run all year round, even in the winter. But we go all out when it comes to a special occasion. Especially one as big and as wild as Saint Paddy’s Day. 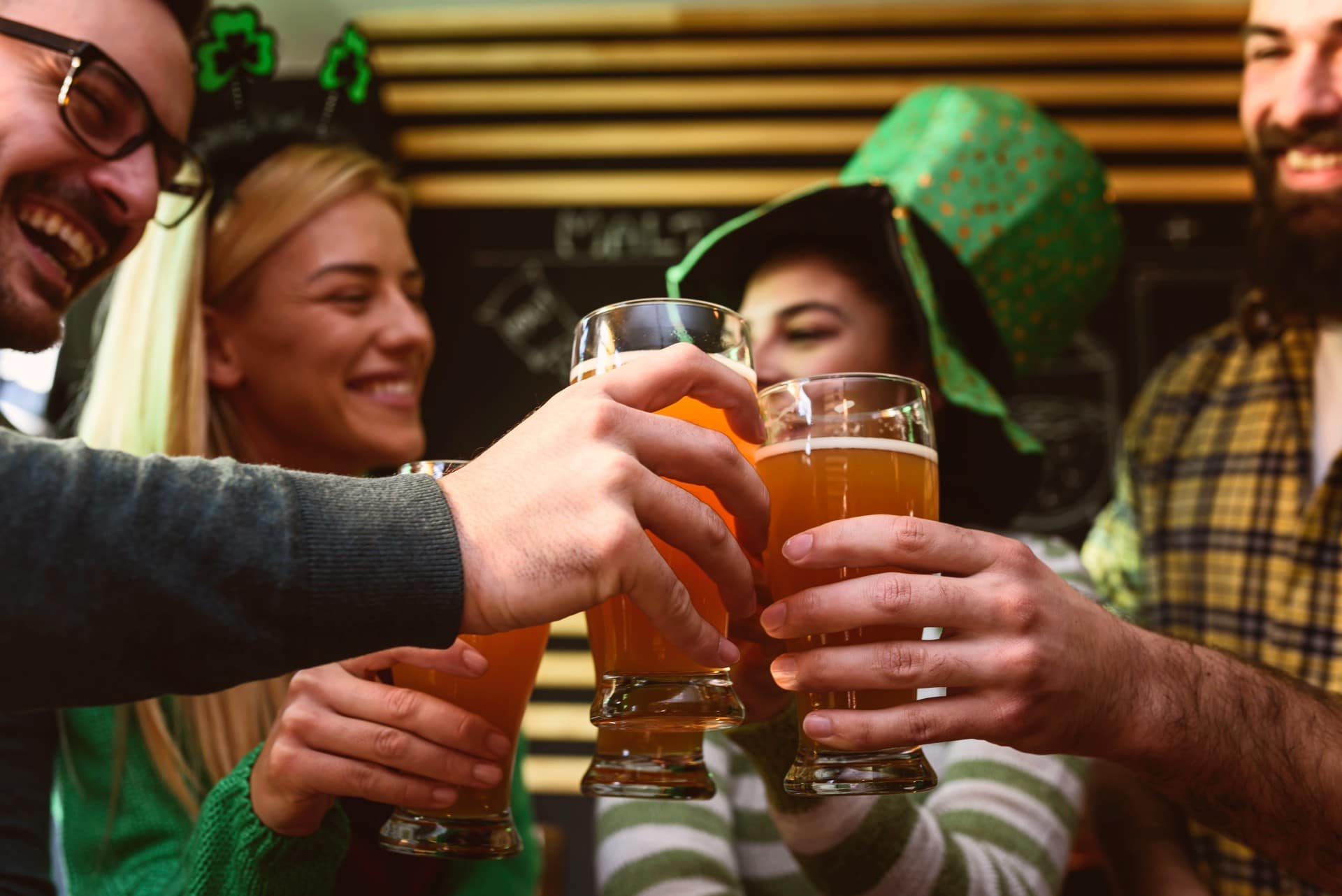 We begin at the English themed sports bar of The Long Hop. Admittedly, not an Irish bar, but that doesn’t mean they don’t know how to enjoy the night! From here your local and bilingual guides will lead you through the famous Latin Quarter. The Latin Quarter, for anyone who doesn’t know, is home to some of the best venues in all of Paris. Including its fair share of Irish bars of course!

Along the way our guides will be right there to make sure there’s a non-stop great atmosphere. Throughout the night, we’ll organise a range of fun games for everyone to participate in. Ever played French Poquito or Beer Pong or Flip cup? Well you’re about to! So, you better bring your A game! The competition can get heated.

Dress code for the night? Well, GREEN of course! Whether it’s a green t-shirt or a Guinness top hat or even a handful of lucky shamrocks stuffed into you breast pocket, we want everyone to look the part.

Meet us at the first bar, The Long Hop – 25 Rue Frédéric Sauton, 75005 Paris from 20:30 until 21:30. Our guides will be waiting to welcome you at the door. Here we’ll give you your VIP wristbands, with which you will get drinks discounts & free entry in each bar.

Tickets are €15 when booked online and €20 when you pay at the door. However, due to limited spaces and our Bar Crawl’s popularity, we highly recommend booking in advance to avoid disappointment. But this ticket gets you a lot more than just a guaranteed great night. You’ll also receive a free shot in each bar, drink discounts, and free VIP entry and line pass into each venue! What more could you ask for?!

Some of our Other Interesting Articles:

How To Get the Most Out of a Pub Crawl